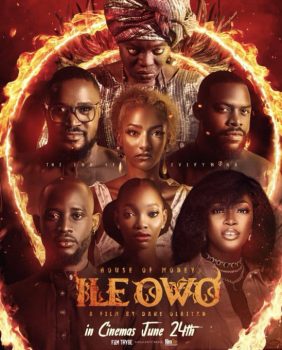 In Ile Owo, we have an undeniable horror flick that somehow doesn’t leave you feeling like you’ve watched a horror flick…

What if you were told that you could live forever? What would it involve? In an environment like Nigeria’s, where the supernatural regularly meets the ordinary, it is not shocking to hear a claim that some ritual sacrifice could endow a person with immortality. Whether the claim is true or false depends on who you ask, but in Nigeria, stories about ritual sacrifices resulting in special privileges are received like the most natural news. In Ile Owo (House of Money), writer-director, Dare Olaitan (Ojukokoro, Knockout Blessing) and producer, Kayode Kasum (more popular as the director behind several Nollywood hits from Kambili: The Whole 30 Yards, to Oga Bolaji, and Fate of Alakada) bank on this local peculiarity in crafting a suspense-filled horror movie that is not horrifying enough or perfectly executed, but almost feels familiar. 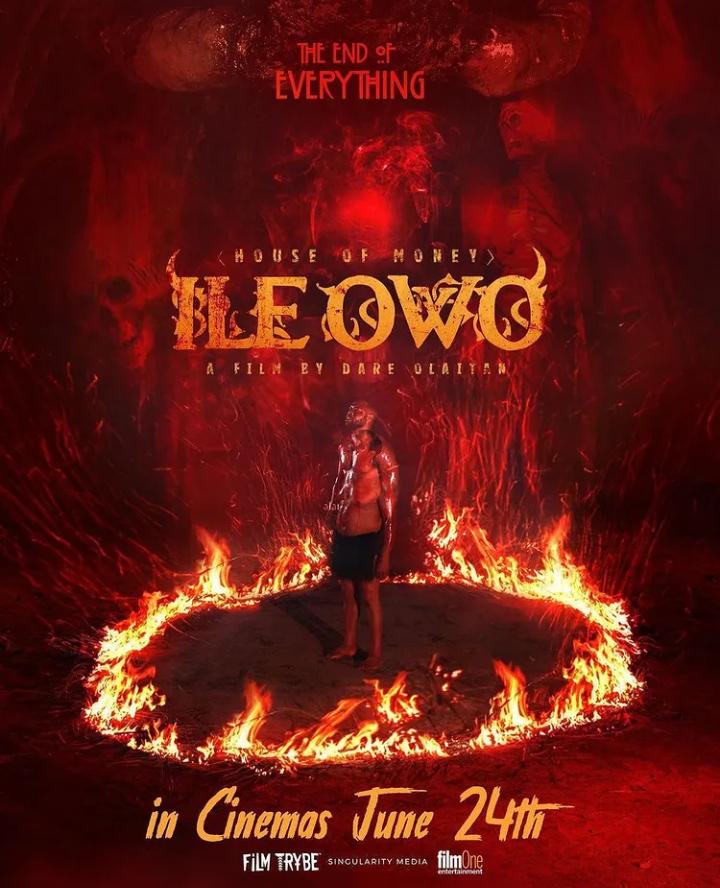 Ile Owo is Yoruba for “House of Money,” but it could also mean Owo’s house where Owo is a person’s name. In the film, it means both. At the beginning of the film, Owo (Jide “JBlaze” Oyegbile) visits an ageing witch (played by Bisola Aiyeola). He wants immortality, but the witch tells him that it’s too late for him. Fortunately for his sons, there is still time for them. All they have to do is perform a sacrifice every twenty-five years. They must follow every step with precision, and their sacrificial lamb must be a virgin woman. The first victim we meet is Tomisin (Sophie Alakija) whom we meet while the ritual is in process, indicating that Owo’s sons have been on the job for some time. She lies on the floor, apparently lifeless, and her reflection appears in a bowl of water. As soon as she has been sacrificed, her reflection gives way to that of another woman, our protagonist, Busola.

Portrayed by Immaculata Oko-Kasum, Busola is a devout Christian, a dedicated nurse, and the daughter of a prayerful mother (Tina Mba) and a suspicious father (Akin Lewis). Almost desperate to get married, engaged to a cheating man who has no real interest in marriage, and surrounded by colleagues getting proposed to regularly, Busola is already an easy target. So when Tunji Owo (a somewhat intense Efa Iwara) comes into to her life — rich, handsome and seemingly genuinely interested in her — it’s basically impossible for her to not fall into temptation. Not even after her mother warns her that something is wrong about this strange man. To the viewers, his deception is clear from the start. And the mere fact that we have this knowledge while Busola stays in the dark creates a good dose of suspense, so much so that the most harmless words — like Tunji telling Busola “Don’t get lost” — and a harmless stroll around the Owo home carry heavy weight and build tension. For the bulk of the 95-minute running time, the haunting question becomes: will she or will she not survive?

Olaitan’s goal is to create the experience that comes with the horror genre, and he is particular about how the many filmmaking elements come together to create this experience. The editing, the cinematography, the visual effects, and an inherently terrifying story all work towards the goal with clear intent. Particularly, the cinematographer adopts a focusing technique that blurs out parts of the scene, creating some mystique in the background and highlighting the onscreen character’s lack of understanding of the surrounding forces. But what really pushes the horror aspect of the film is its eerie and suspenseful score. However, make no mistake, this is not the type of horror film that scares or shocks you. Even its most horrifying aspects are still uncharacteristically restrained. In fact, the overall feel of Ile Owo is one of restraint. Play Network’s Living in Bondage: Breaking Free gave more scare. The Figurine had a greater shock factor. And those films were merely supernatural thrillers. In Ile Owo, we have an undeniable horror flick that somehow doesn’t leave you feeling like you’ve watched a horror flick.

As different as it is from most of what Nollywood churns out nowadays, Ile Owo is still considerably cliché in the way it relies on obvious comedy and tropes. Thankfully, the comic elements are not overdone, and Bukunmi “KieKie” Adeaga-Ilori playing Busola’s funny friend, particularly, is a welcome distraction. But the tropes are not as positive. Of course, the victims of the rituals have to be women, and each of those women has to be a virgin — “Innocent” is the word the witch uses. It is genuinely exhausting that women still have to be the literal sacrificial lambs for men’s progress (or trauma, as was in the case in October 1) in films; the concentration on virginity and “innocence” is even more exhausting. Apart from how twisted it is that said innocence would be what puts a woman at risk of becoming a victim in these films, it also feeds into the harmful purity culture that reduces a woman’s value to her sexual status. It might be argued that Nollywood’s reliance on this “virgin woman for ritual” trope is informed by the cultural reality of the Nigerian society, and if it happens in real life, then Nollywood can comfortably portray it. But, as one critic noted, to argue about whether reality informs Nollywood or Nollywood informs reality is to argue about which came first between the chicken and the egg. Regardless of which came first, films ought to be careful about the subtexts and messages underneath the tropes that they so hurriedly rely on. 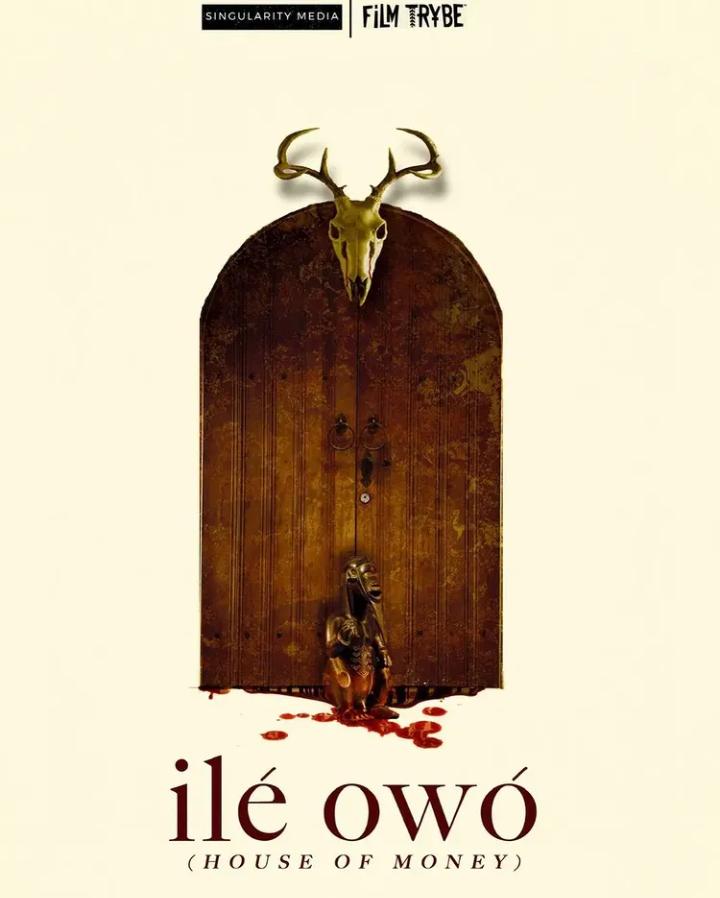 That said, Ile Owo is a decent watch. We don’t have stellar performances here, but we don’t have poor ones, either. And there’s a lot that’s hazy and confusing about the plot in its bid to create a sense of mystery, but it is able to tell an engaging story. You can comfortably enjoy it if you avoid thinking too far. Don’t wonder how long the Owo brothers have lived before Busola comes into the picture. Don’t wonder how they’ve lived amongst people during that time. Don’t question whether the rituals happen annually or every 25 years. Don’t even try too hard to understand the film’s resolution. Hopefully, with all that suspense keeping you at the edge of your seat, you might not even notice.