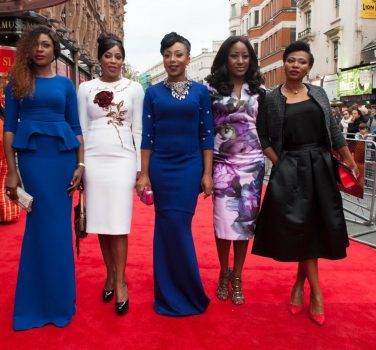 Nollywood Needs Its Low-Budget Movies. Here Is Why.

Before DVDs and blu-ray, there were video CDs, and before those, there were the not-so-light rectangular objects known as video cassettes. They were not the fanciest of things, but at least they could be rewound and fast-forwarded on bulky cassette players, and they were the more popular vehicles through which Hollywood B-movies were conveyed.

The B-movie, akin to the B-side of a recorded music album, was the low budget, less artsy, shorter kind of film not necessarily created for box office, and definitely not expected to win any awards. The stories were cliché, the plots had more holes than a proctologist would see in a week, and the dialogue was nearly non-existent, but it had its commercial value, and since they didn’t cost much to produce, they enjoyed mass distribution within and outside the country. They were also usually genre-specific, so that consumers knew what they were signing up for.

Robert De Niro wowed audiences in Goodfellas, and Arnold Schwarzenegger was scooping huge figures from the action-hero feature films, but those who had little time for cinema or lacked the patience to process a complex movie plot were not starved of entertainment either. The quality may have been significantly less, but the films were by no means less interesting. Couch potatoes loved watching Cynthia Rothrock fend off criminals in Above The Law, marvelled as Dolph Lundgren blew up the whole place in Red Scorpion, and cheered as Loren Avedon avenged dead relatives in King of the Kickboxers.

The same formula was adopted by moviemakers in Hong Kong, as they produced movie after movie. All they needed was to put a Jackie Chan, Sammo Hung, Yuen Biao or Andy Lau on screen, work out a little fight choreography, shoot a few scenes, and bingo, a film was ready. These low-cost features found a ready and fertile market in Africa and parts of Asia, which is why in the late 1980s and early 1990s, running video clubs was a viable business in Nigeria: kids would pay to pick up a cassette just so they could see Jean Claude Van Damme do a roundhouse kick, feed their curiosity, return it the following week and pick up another that had Steven Segal breaking bones in it.

In almost the same vein, the Nigerian movie industry in its nascent stage distributed its films via video cassettes, before graduating to video CDs and DVDs. The reach has expanded, but the issue of quality is a very tricky one. A creative space that housed Living in Bondage and Rattlesnake soon grew to accommodate Issakaba, Desperadoes, Ijele, Igodo, The Fugitive and State of Emergency. The turn of the century had producers and marketers emphasise quick distribution and revenue chains over strong storytelling, and our movies “suffered” (or at least that’s what it seemed).

Enter the 2010s. New cameras, new equipment, fresh faces, new scripts. We had a new Nollywood on our hands…or did we? The experiment with The Figurine worked, and we also got around to seeing October 1st and Mr & Mrs in cinemas, and then, The Wedding Party (ah yes, The Wedding Party). The picture and sound have significantly improved (even though the stories leave us scratching our heads a little too often), but there hasn’t been a successful blend of old and new, so what we now have is too seemingly parallel industries: the guys in Asaba aired on Africa Magic Epic who almost always shoot in village-esque locations and produce eight installments of a film with a running time of forty minutes each, and the cool kids in Lagos whose films appear on Africa Magic Showcase and who never leave out the Lekki-Ikoyi bridge from their features.

We’ve seen Instagram pages whose videos are dedicated to pointing out some of the ridiculous sequences in low-budget Nollywood, but have we ever thought about the fact that those could be our own B-movies, and that they should be embraced, not scorned? The plots may be sub-par and the actors recycled (it actually gets tiring to see Queen Nwokoye all the time), but what we fail to realize is that there is a target audience, a certain demographic, a consumer space whose needs are served by Ken Eric’s Tears of an Illiterate (Part 1–6) or Gucci Prince (starring Charles Okocha). For one, many (if not all) hotels in Eastern Nigeria have the televisions in each suite tuned in to Africa Magic Epic, and the themes from the movies therein are a surer bet to resonate with hotel guests than A Soldier’s Story or The Weekend Getaway.

If a man from South-Western Nigeria wants to spend time with his family on a Sunday afternoon, seven times out of ten he would prefer to watch Odunlade Adekola (the DiCaprio of Africa Magic Yoruba and King of Memes) play out his antics in Sunday Dagboru or Iseju Kan (or pretty much any Odunlade movie) than try to figure out what’s going on in Tinsel. Victor Sanchez Aghahowa, former Creative Director for the Hush series, once mentioned in a screenwriting masterclass that his own mother favours low-budget films over the ones he contributes to.

Away from (debatable) profit announcements and glossy red-carpet premieres, the industry needs the guys at Asaba if it will ever get to the level of diversity it (hopefully) aspires to. The scenes may be cringe-worthy, and the premises repetitive, but they are relatable (at least to a sizable audience), and it takes good acting for a man in the Caribbean to be wholly convinced that Chinwetalu Agu and Patience Ozokwor are actually evil people in real life. Those films may not be what we expect when it comes to decent movie-making, but we need them anyway, and quite frankly, there isn’t much difference between them and their peers in Lagos when it comes to the quality of stories churned out lately.

These movie makers are more important than we give them credit for, and it would be nice to hand them their flowers while they are still here.