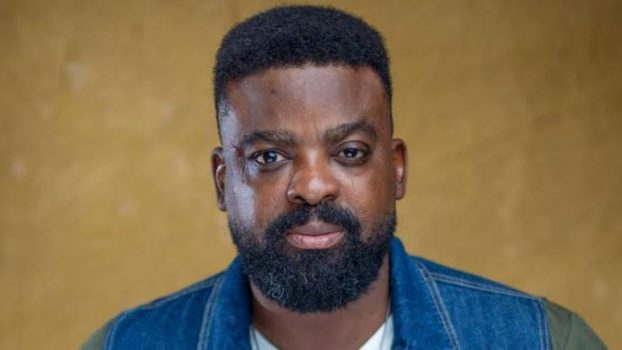 Nollywood has come a long way, and a lot of the progress made can be attributed to the filmmakers who labour tirelessly to bring entertaining content to our screens. Among these filmmakers are a number of skilled directors who have towered above their peers and placed themselves in the position to push the industry forward. Because they have delivered good movies before, and we trust that they can deliver even better movies, we always look forward to their content. Here are some of Nollywood’s prominent directors and their coming projects that you should definitely be excited for.

If you ever wondered what a Nigerian Game of Thrones would look like, Kunle Afolayan has got you covered. The award-winning filmmaker has been moving mountains in Oyo State where his KAP team is producing a 17th/18th century Oyo Empire epic film titled Anikulapo. The film was shot on KAP’s new multimillion film village and resort (which, by the way, is sitting on about 40 acres of land) in Komu, Igbojaye, Itesiwaju Local Government Area of Oyo State.

Afolayan has made it known that every infrastructure being used for the film is being built from scratch with over 300 people working on the film. Featuring a cast that includes Sola Sobowale, Kunle Remi, Bimbo Ademoye, Fathia Williams (formerly Fathia Balogun), and the Ikorodu Bois in their Nollywood debut, led by Hakeem Kae-Kazim, a British Nigerian actor with multiple Hollywood appearances under his belt, and with a wonderful cinematographer in Jonathan Kovel (Citation), the movie is set to take the country by storm. Even veteran filmmaker Tunde Kelani has been spotted on the Anikulapo set and has been raving about the project on his own social media.

In March 2021, Netflix commissioned three new movies from Kunle Afolayan: a historical drama, a folklore fantasy and a character drama.

In 2021 alone, Afolayan and Netflix brought the historical drama Swallow  (the film adaptation of Sefi Atta’s novel of the same title), and the Christmas movie A Naija Christmas to the streaming platform. But according to Afolayan, Anikulapo is just the second film in his three-slate Netflix deal.

Filming has only recently wrapped up, and no release date has been announced for the movie, but Afolayan has promised that this movie will stir up a hurricane that will blow off the roof. And with movies like October 1, and The Figurine in his filmography, we believe him.

Niyi Akinmolayan’s “The Man for the Job”

Niyi Akinmolayan’s latest movie, Chief Daddy 2, was anything but well received.  However, that doesn’t take away the fact that the filmmaker has skills and is definitely doing something right. He did direct The Wedding Party 2 which is currently the third highest grossing Nollywood movie of all time. So there is reason to look forward to his recently announced tech world crime drama film titled The Man for the Job. Akinmolayan is credited as the writer and director of this film which reportedly follows “the adventures of an industrious and bright young man who gets ruffled by the plot of an excessively optimistic startup CEO as he fights to accomplish his family and work-life balance.”

Temi Otedola features in this movie as her sophomore Nollywood role after she made her debut in Kunle Afolayan’s Citation. Ini Edo, who appeared alongside Otedola in Citation and whose performance in the Afolayan film earned her an AMAA nomination, also stars in The Man for the Job. Comedian, Ali Baba, Uzor Arukwe, Ibrahim Sulaiman and Nosa Rex (also known as BabaRex) also feature. 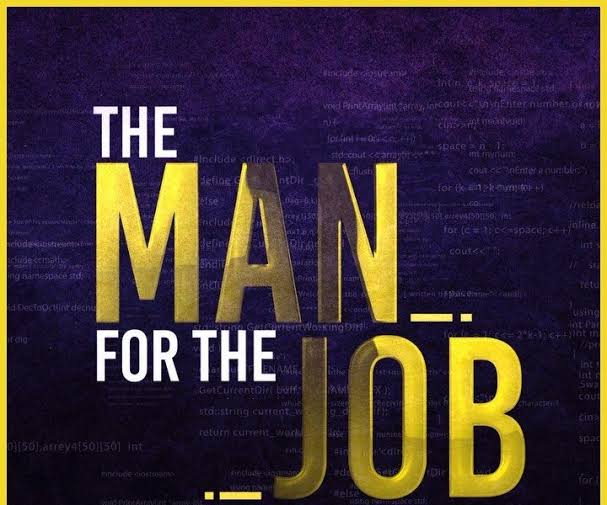 The team recently wrapped up filming, and the movie is set to be released theatrically before it moves to Amazon Prime Video exclusively. This comes after Akinmolayan’s Anthill Studios entered into an exclusive multi-year licensing agreement with Amazon Prime Video in January, 2022.

Izu Ojukwu (Title to be Announced)

Like Akinmolayan, Izu Ojukwu’s latest movie, Amina, did not wow audiences nor critics. But because this filmmaker gave us Sitanda, White Waters, and ’76,  we believe in him and his abilities.

For his next presently unnamed project, Ojukwu is adapting to television the 2020 memoir of the legendary singer, Onyeka Onwenu, titled “My Father’s Daughter.” The television series is set to feature Richard “RMD” Mofe-Damijo, Yinka Davies and Nse Ikpe-Etim. Recall that RMD and Ikpe-Etim previously co-starred in King of Boys: The Return of the King, Kemi Adetiba’s hit Netflix series. The duo also co-starred in Seyi Babatope’s romantic drama, Fine Wine where Ikpe-Etim played the annoying ex-wife of RMD’s character.

It is unclear how many parts or episodes the series will have, but Onwenu will be executively producing the series and will also appear in an unknown role. The veteran singer has previously played important roles in films like Netflix and Genevieve Nnaji’s Lionheart, Kevin Nwankwor’s Muna, and Biyi Bandele’s Half of a Yellow Sun, the film adaptation of the award-winning novel by Chimamanda Ngozi Adichie.

After releasing three triumphant projects in The Wedding Party (which is currently the second highest grossing Nollywood movie of all time), King of Boys, and King of Boys: The Return of the King, there is no denying that many people are desperate for the return of Kemi Adetiba.

In June, 2021, Adetiba announced a December release of her new film, Den of Snakes, while King of Boys fans were still waiting for the KOB series. But by the end of the year, the series was the only Adetiba project that had graced our screens. The wait continues for Den of Snakes. Details about the film are still under wraps, but Adetiba has already begun to hint at a second season of the KOB series and to float ideas for a KOB musical play.

We love a dreamer who makes her dreams come true, and whenever she’s ready, we trust Adetiba to deliver!

After working with Charles Okpaleke’s Play Network Studios for both his debut and sophomore directorial feature films, the Living in Bondage sequel and the RattleSnake remake, veteran actor, Ramsey Noauh, is teaming up actor and executive producer, Nonso Kalango, on her debut feature film, Verified. A romantic drama, the movie reportedly  focuses on women empowerment and the concept of “women supporting women.” 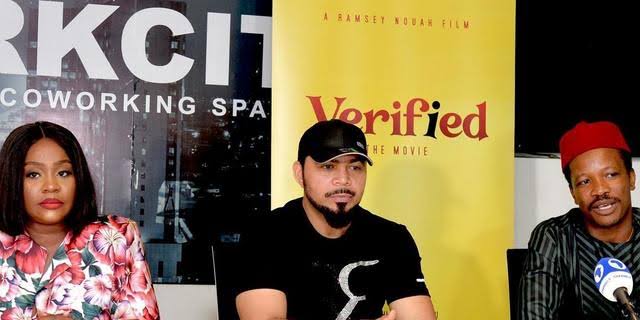 Based on a screenplay written by Ifesinachi Okoli-Okpagu, it is produced by Chris Odeh (RattleSnake: The Ahanna Story) and co-produced by Nosa “Lasisi Elenu” Afolabi. The cast is yet to be revealed, neither has a release date been announced, but it is expected to premiere in 2022.

Award-winning director, Akin Omotoso (The Ghost and the House of Truth) is directing a feature film for Walt Disney Studios, titled Rise. A biopic, the movie tells the story of Giannis Antetokounmpo (born Adetokunbo), a Greek-Nigerian basketball player who got drafted into the NBA in 2013 and became one of basketball’s most decorated players. It is no news that Nigerians are always representing, wherever they find themselves outside the shores of the country.

The Antetokounmpo family is one interesting example, as the family produced the first trio of brothers to become NBA champions in the history of the league.

The movie will reportedly follow the story of his family as his Nigerian parents struggle to raise five children while avoiding deportation after emigrating from Nigeria to Greece, as well as his career as a basketball star. 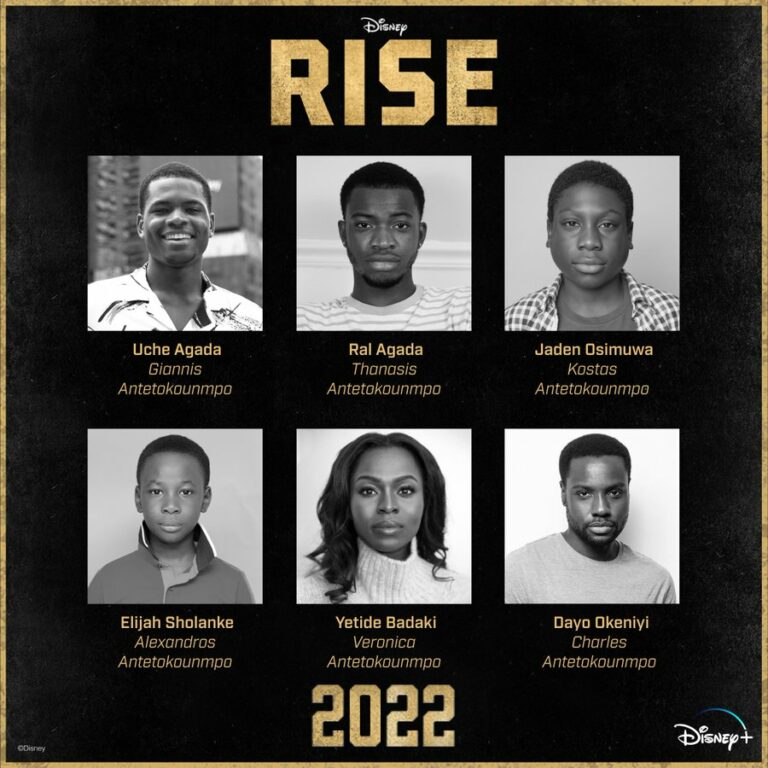 Giannis Antetokounmpo, himself, is executively producing the movie which is set to debut on Disney+ in 2022.

Sugar Rush producer, Jade Osiberu, directs this action thriller that also features the Ikorodu Bois (in their Nollywood debut, if Gangs of Lagos gets an earlier release date than Anikulapo), and Fuji singer, Pasuma Wonder. There is no official release date yet, but the movie is expected to be released in 2022.