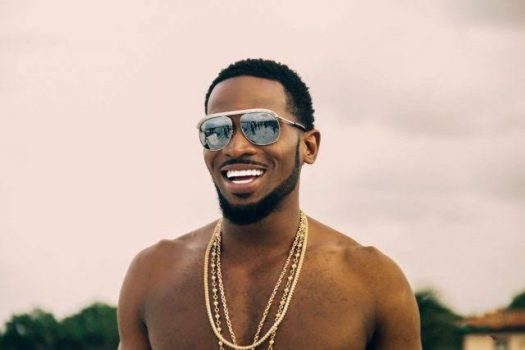 What Exactly is the Consequence of Internet Cancel Culture?

As at 2020, over 15,000 people had signed a petition to the United Nations calling for the Nigerian artiste, D’Banj, to be removed as a UN ambassador for Peace…

In recent times, cancel culture has become synonymous with the “call-out culture,” where public figures and organisations – oftentimes celebrities – are harangued, and there is uproar for them to be socially ostracised. Cancel culture has apparently become a weapon that when wielded, can cause damage to reputation where there is a call for discontinuance in consumption of a person or an institution’s product and/or services.

The discourse about cancellation exists widely, if not entirely, on the Internet and social media spaces. In the new and digital age where information, filtered or not, is easily available to the public, it becomes convenient for the said public to form parasocial relationships with public personas. But, with the openness that technology affords us with social media usage, these personas are also subject to public scrutiny.

It is a commingle. On one side of the argument is the view that cancel culture allows for accountability, especially of individuals in power or with an upper hand in public spaces. At the core, cancel culture is an instrument that marginalised groups on the lower hand or receiving end of unjust practices have used to call out misbehaviour and wrongdoing. In this case, these minority groups can use social media to call for the public to examine these unacceptable acts.

Undoubtedly, powerful individuals have gotten away with misdeeds over the years without persecution. We see these in movements such as the #MeToo movement that brought about the prosecution of individuals accused of sexual harassment and misconduct. We consider the case of the Hollywood producer, Harvey Weinstein’s decades-long sex scandals involving allegations of sexual assault and rape before a verdict was reached. Another example is the case of American RnB singer, R. Kelly, being convicted and sentenced for racketeering, and sexual abuse after over twenty years of allegations of sexual misconduct. Or Nigerian rapper, Lil Frosh, who was remanded for allegedly sexually assaulting his girlfriend, and lost his contract with DMW, the label on which he was signed. Here, the expression is to show the public that actions have consequences. Here, the cancel culture can be regarded as a form of activism.

But think about the last time you heard the call for someone to get cancelled. Being cancelled has become a festering tradition that one avoids with dread. One assesses their speech, actions, or even thoughts, with caution for fear of being called out, or to put it colloquially, the fear of being “dragged” by the public. Cancel culture becomes an impediment to free speech, and allows no place for nuances to opinions.

Somewhat marginalised groups that feel threatened, and claim that they are subject to violence, can call for the lynching of parties that oppose their views. It is, in most instances, a mob action to muzzle conflicting perspectives and rejects the explanation or redemption of the individual or group that objects to popular opinion. We can observe this in the case of the mob uproar, by the trans community, for the cancellation and lynching of renowned Nigerian writer, Chimamanda Ngozi Adichie, and British author, J.K Rowling for their transphobic comments and views on the identities and experiences of trans-women. We would do well to remember Nigerian actor turned politician, Desmond Elliot, whose name has become ridiculed, and his face now the poster for a non-entity in social media spaces, for his criticism of Nigerian youths during the 2020 EndSars protest.

The questions that arise then become what political correctness is and who gets to decide what conversations are socially or culturally acceptable. Does the concept of getting ‘cancelled’ exist in a vacuum, or are there exceptions to the somewhat new tradition? Nigerian singer, Tiwa Savage, faced backlash when her sex tape surfaced online. She was paraded as shameless and lost four endorsement deals in the process. But an opposite reaction was meted when Nigerian singer, Oxlade’s bedroom escapades surfaced on the Internet. Some praised his sexual prowess as he broke the Internet with what came to be referred to as “The Spider-Man Style.” Also, Nigerian alternative musician, Brymo, was pilloried for declaring his support for the presidential aspirant, Bola Ahmed Tinubu of the All Progressives Congress (APC), and there were calls for the censorship and boycotting of his music. We can, then, argue that being cancelled is subjective to what is considered the mass opinion or the moral stand, or lack thereof, of a society. But that is a debate for another essay.

So, what happens next? Does the crowd get pacified after drawing for blood, or are these mere fist punches thrown in the air? In the real sense, is getting cancelled a taint to the reputation of the accused, or a mere hiccup that is over as quickly as the next scandalous event surfaces? The few cases where “justice” is served are downplayed by the majority of instances that it is not. It is only a matter of time before the world continues spinning and the earth keeps turning.

The international superstar, Burna Boy, is not a novice to controversies. Whether it is bartering rape accusations on the Internet, or allegedly robbing and beating up another fellow. Only a few weeks before the release of his sixth studio album, the artiste was accused of allegedly ordering his aide to shoot at unarmed individuals after a failed attempt at wooing a lady. Of course, the incident was received with mixed reactions, and perhaps half the crowd called for reparation. Yet, as soon as Love, Damini made airplay, the ripples made on troubled waters had settled, and the artiste returned to the top of the charts. As at 2020, over 15,000 people had signed a petition to the United Nations calling for the Nigerian artiste, D’Banj, to be removed as a UN ambassador for Peace. At the time, D’Banj was being accused of alleged sexual violence, and there were calls for the withdrawal of his endorsement deals. What has happened in the last two years? A representative of the UN clarified that the artiste was not one of its youth ambassadors.  So far, D’Banj was a judge on the seventh edition of the reality talent show, Nigerian Idol. In a few days, the movie, Symphony, starring D’Banj will premiere in cinemas across the country. He has continued in the entertainment industry, and the past, it seems, is bygone.

Sometimes, too, cancel culture comes about as a result of false accusation and hearsay, without substantial evidence. Rather than a knee-jerk reaction on the Internet, perhaps judgement could be reserved until the accused, if necessary, is pronounced guilty of all charges in a competent law court. Safe spaces can also be created by third-parties such as NGOs, possibly with federal and state backing, where victims can freely express their concerns and seek resolve.

Of course, it is impossible to say the extent to which one’s career can ascend without controversies, but careers tainted with the cancel culture go on nonetheless. With strong public relations management, the chances of actually getting cancelled are slim. After all, as they say in show business, there’s no such thing as bad publicity. Tiwa Savage’s Water and Garri extended play was still received with admiration. At some point, the album charted number one on Apple Music. Also, music enthusiasts couldn’t get the “Somebody’s Son” song featuring Brandy out of their heads. Savage is also currently an ambassador for the smart phone brand, Tecno. In July 2022, she was awarded an honorary doctorate from the University of Kent in the United Kingdom. Brymo’s recent collaborative album with A-Q was, I suppose, applauded by alternative listeners. Adichie is still a thriving writer who continues to speak on feminism, gender-based matters, and other political issues. In 2023, she will be publishing a children’s book praised by its publishers for its exploration of family life. The past has been bid goodbye. It seems that the Internet, on the contrary, forgets.

Usually, an apology is all that is needed to assuage the situation that has called for a cancellation. Lil Frosh later issued an apology for battering his girlfriend, and his EP, Beyond Infinity was considerably received by his fanbase. There are also speculations that he has returned to DMW. Also consider how American R&B singer, Chris Brown, issued a public apology for physically assaulting his then partner, Rihanna. Even though abuse is not a matter to be trivialised, ultimately, as often as has been the case, people “move on” from it.

When we reflect on these things, mirror it to the present power tussle going on within Nigeria’s political clime. These things are also worth considering as the Nigerian general president election approaches in Nigeria. The majority of young people who support the Labour Party presidential candidate, Peter Obi, have, if I may say, “cancelled” the Tinubu-led APC party on social media spaces. But is the astounding support for Obi, the clicks, likes, campaigns and tweets going to deter Tinubu’s ascension to the presidency? Also, to what extent is the wide support for and clamour over’s Obi bid going to guarantee his winning in the polls next year? Before you respond, remember that even after his seeming cancellation, Elliot won the APC ticket unopposed for a third term in the Lagos State House of Assembly, and it was argued, still, on social media.

The Internet, surely, is a powerful tool where everyone is given an equal opportunity for expression. We have witnessed how social media is used for causing change and stirring up controversies and in this case, “cancelling” people with differing opinions, and for wrongdoing. We can call for boycotts, raise and take down, respond to threads, sign petitions, and so on. But there is still the real world. After an online storm settles, rather quickly if I may add, in the real world, those who have power remain the ones with power, and a backlash is simply what it is, a temporary setback, if anything. Senior writer at The New Statesman, Sarah Manavis, wrote, profoundly, on cancel culture, saying that, “The powerful hold onto their power. The only real cost is having to listen to what others have to say.”