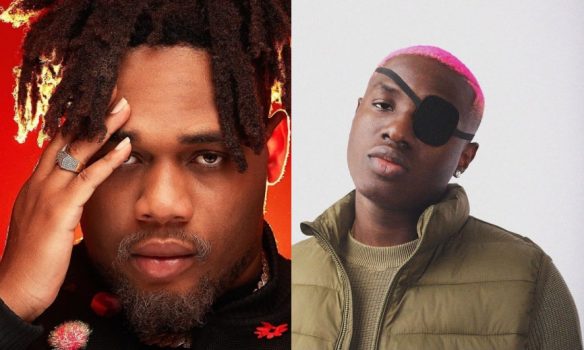 Bnxn Vs Ruger, Who Takes the Lead So Far?

The stories of both Ruger and Bnxn are similar. They both had helpers who believed in them…

Controversies and disputes have been integral ingredients for growth in the Nigerian music industry. Artistes use them to stay relevant in the industry; record labels sometimes plan it to gather sales. The fans have always been the ember of this initiative. They have been the spark to the fire. And it never dies out. Not even when these artistes settle their scores. Plantashun Boiz, The Remedies are stark examples of unending controversies in the early 2000s.

The new school of Nigerian artistes seems to have taken a baton from their predecessors. Altercation like this has been expected right from time. Still, no one saw it coming this early. There have been attempts to strike up friction between Fireboy and Rema, Joeboy and Fireboy. To the dismay of the  architects of these bouts, these guys are friends. These artistes have allowed their music to do the talking for them. They even featured each other in songs, occasionally publishing short videos of hangout moments, too.

The newest, two-month-old altercation comes from two promising Nigerian artistes, Bnxn and Ruger. The latest altercation happened last week when Bnxn released his second extended play, Bad Since ’97. Ruger threw the first shot on Twitter when he said he did not need to feature artistes to score a hit. In a series of follow-up tweets, Bnxn replied to him with some lewd lines. Fans from both sides were not left out of the imbroglio.

Get a solo hit then talk to me fatty bum bum

The stories of both Ruger and Bnxn are similar. They both had helpers who believed in them. Talent management guru, Orbbayarn, was responsible for the development of Bnxn, guiding him since he took on music professionally. Singer, D’Prince, has been helping Ruger since he came into the music industry. According to some backstories, Ruger was under the older artiste’s tutelage for more than a year before his unveiling.

Ruger and Bnxn are miles apart in terms of their sound. Ruger is an updated version of Patoranking and Burna Boy, with a copious splash of sexual innuendos, and an eye patch to match. He is good at what he does, and he scarcely does features. He has leveraged more on his own strength so far. With two EPs, Pandemic, and The Second Wave under his belt, Ruger doesn’t seem like he will stop anytime soon.

After some needful delay. Bnxn released his first extended play, Sorry I’m Late in October 2021 with an appearance from The Cavemen.. Tracks like “Kilometre,” and the autobiographical “Daniel Benson,” were the standout hits from the EP. He followed it up with Bad Since ‘97 which had the likes of Wizkid, Olamide, and Wande Coal contributing verses to the project. This EP carries his highest number of features so far. It led to the narrative of Bnxn being referred to as a collaboration merchant.

In terms of their metrics on the Internet, Ruger currently has 1.2 monthly listeners on Spotify, 42 million cumulative streams with his five most popular songs on that app with “Bounce,” having the highest with over 15 million streams. “Wewe” has the lowest with 1.1 million streams. On the most-used streaming platform in Nigeria, Audiomack, Ruger has a total of 226,042 followers. 946,329, total Account Plays, and 70,674 monthly listeners. Over 1.3 million people follow Ruger on Instagram, and he has just 260,000 followers on Twitter.. On his official YouTube account, Ruger has over 589,000 subscribers. “Bounce” is Ruger’s highest view with 42 million streams. On Boomplay, Ruger has 159.8 million listeners with over 107, 000 followers.

Over 4 million people listen to Bnxn monthly on Spotify. His five most popular songs have a cumulative 92 million streams. “Finesse,” and “Kenkele” have the highest and lowest streams respectively. Over 104,000 subscribed to his YouTube channel. “Kilometer,” “Outside,” and “Kenkele” have 4, 7, and 3 million streams respectively. On Audiomack, Bnxn has a total play of 166,499,067 million, with 2,314,555 monthly listeners and 780,999 followers. Over 62,100 people subscribed to Bnxn on Boomplay with a boost of more than 72 million streams. On Instagram, Bnxn has more than 1.1 million followers. On Twitter, he has more than 829, 000 followers.

At the end of the controversy, some things are too obvious to ignore. Bnxn shines brighter and better when he collaborates with fellow artistes. There was a point in 2021 when he was touted as the most sought-after vocalist. Ruger, on the other hand, makes effortless solo hits. A large chunk of his hit singles has been off solo efforts. He has only one collaboration in his archive, and that was when he was coming up. Since he cemented his place in the industry, he has been churning out only solo hits.

Ruger and Bnxn are kings in their own lanes. They should be allowed to grow, develop and optimally explore their talent. Would their fans allow this? Only time would tell.