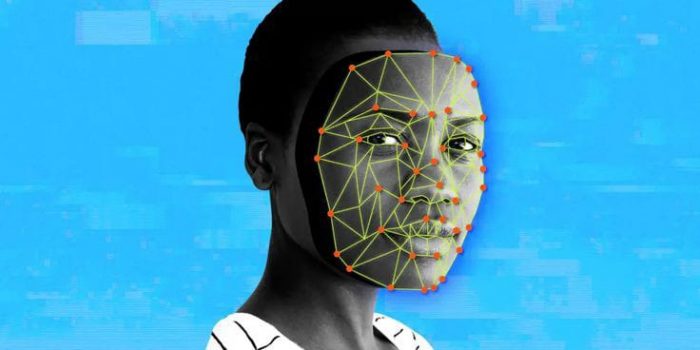 In many ways, the Internet has helped bring to light the subject of sexual abuse, harassment, and gender-based violence. We acknowledge the many benefits of the Internet, especially in unifying and amplifying voices to these social causes. But as much as the Internet is a useful tool, it also reveals certain stereotypes that are common, away from the Internet, and into the larger society.

Last week, the word, “Dropbox,” trended for a few days on the Nigerian Twitter space. Several nude pictures of young women were meticulously curated and filed with their names and Instagram handles into a folder on the hosting service, Dropbox. The folder link which was reportedly created for a private audience somehow made its way to the public.

There were also reports that some of the pictures were of minors, but as with the things on the Internet, one takes information with a grain of salt.  As was expected, it drew comments of rage and disgust from thousands of Twitter users.  There were also the common reactions of jest and humour, and to the general populace, it was simply another case of revenge pornography.

The “Dropbox” incident would not be the first of its kind to circulate the Internet in Nigeria. From the person next door to your favourite celebrity, anyone can become a victim. As young people are more inclined to such frivolities as sharing intimate content, the number of sex tapes of university students that have circulated the Internet is numerous.

In 2019, the sex tape of a 300-level Babcock University student in Nigeria circulated on the Internet, resulting in her expulsion from the university for the “immoral act.” This year, there was the case of the Akwa-Ibom State University student whose sex tape surfaced. And with the former example, the university also reportedly expelled the student. We have been witness to personal footage of Nigerian singers, Tiwa Savage, Oxlade, and Bnxn. Most recently, it was the transvestite social media influencer, James Brown.

Early this year, in India, there were reports that deepfakes of Muslim women were being auctioned on an app. These images were created as a means of harassing these women. In some cases, it is to extort the victim, such as in the case of singer, Tiwa Savage, whose sex tape was leaked and she reported being blackmailed for it. Other times, it is without any reason whatsoever. It is, simply, a form of sexual abuse and gender-based violence that happens in digital spaces.

In many societies where the sexualities of women are repressed, it is to further confine women to narrow standards of femininity, or to suppress them. The reaction is almost always predictable: women are shamed, called “loose,” and labelled as prostitutes, and closeted queer people are mocked and outed. The idea is to humiliate women with such footage, whether it is the vengeful lover trying to hold a form of control of the victim, or someone feeling humiliated over a sexual advance that was not reciprocated. For people in the LGBTQ community, revenge porn is to reinforce, by the perpetrators, that forming such relationships is socially unacceptable.

Studies have suggested that most cases of non-consensual pornography were pictures initially taken with consent by the victims, and shared in confidence to one viewer. Then, there is the case of victim blaming, with little or no action taken against the perpetrators. One often hears comments such as, “Why weren’t you careful with the images?” “Why did you record the images in the first place?” “You should have been more careful.”

Victims are chastised for their lack of self-restraint and cautioned to have better judgement and show more discipline. But, one must also understand that intimate content is shared in trust, and the privacy of people should be respected. It speaks rather poorly of and is a breach of trust from the perpetrator to share those contents. People in sexual or nonsexual heterosexual/homosexual relationships have the liberty to express themselves affectionately in the ways they desire, and one party should not be responsible for “knowing better.” Exercising restraint thus defeats the purpose of building trust in such relationships.

We live in a heavily patriarchal world, and when it comes to morality, women have always been placed on a higher pedestal than their male counterparts, and people in marginalised groups face shunning. It is also preposterous that to uphold that narrative, the victims may also have to apologise for their abuse. We have witnessed where women, preyed on through revenge porn, have to apologise to the public for having their personal images released like it was their fault, whereas the men are praised for it or ignored. It is of little wonder the contrasting reactions to Nigerian singer, Oxlade’s sex tape, where he was largely praised for his sexual prowess.

(Read Also: Do Women Have a Role to Play in the Popularity of Patriarchal Ideals?)

Victims would rather want the incident to go away rather than take further legal actions. One has to prove without a doubt that the perpetrator responsible for releasing such content is indeed one. At best, one can sue for copyright infringement of personal property.

Take the example of the two university students in Nigeria who were expelled. People can also be either dismissed from places of employment or denied employment. The families of victims are also affected as there is a shame attached to having private contents of relatives circulate the Internet. Victims can become depressed and withdraw from socialising.

What is permissible on the Internet is a reflection of our innate thoughts as a wider society. It is necessary to create safe environments for users of digital spaces that are free from malicious intent. The Internet only came about roughly two decades ago, and laws are being created for cybercrimes as they occur in real-time. It becomes necessary to continue to create laws that promote online safety regardless of gender and sexual orientation.