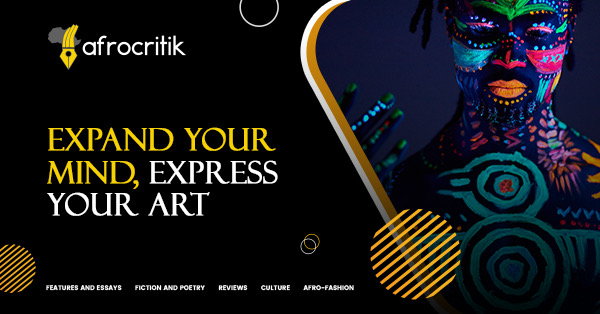 Afrocritik plans to launch a bi-annual magazine, celebrating the best of African arts, entertainment, and culture.

Afrocritik (www.afrocritik.com), a leading culture platform in Africa, today, announces plans to launch its bi-annual magazine, Afrocritik Magazine. Its maiden edition will be launched in June, and the second in December 2023.

Afrocritik is a niche- and fully-serviced outfit that spotlights African excellence in entertainment, arts, culture, and lifestyle to the world. Over the past two years, Afrocritik has used its platform to showcase African stories and heritage through the African perspective, inviting the world to witness the richness that is Africa.

As African arts and entertainment continue to gain global recognition, Afrocritik is poised at its centre as the courier, delivering the best African content through publishing cultural essays, organising interviews, and engaging in general art criticism. Afrocritik has published critically acclaimed literary and entertainment reviews and essays, and interviewed prominent cultural figures, such that the platform has become a frontier in bolstering African talent. Afrocritik also has seasoned writers and critics that are recognised in their forte and received nominations for different prizes such as the AKO Caine Prize Award for African Writing and other continental and national awards.

Founder and CEO of Afrocritik, Samson Jikeme, spoke on the launch of the magazine. “This is part of our overall plan of transforming and showcasing rich African content and talents through arts, culture, and entertainment. We are inviting the world to the luxury that is Africa by publishing poignant stories and themes, interviews, creative writings, fine arts, and the like.” While acknowledging the progress African arts have reached in global acceptance, he reiterated that more still has to be done, and there is urgency in proclaiming Africa’s art and style.

Afrocritik Magazine will be available in print and online forms and feature literary and art criticism, interviews, profiles of Africa’s finest creatives in diverse fields such as film, music, fashion, literature, and tech, as well as cultural exposés and many more.

For inquiries, send an email to info@afrocritik.com.