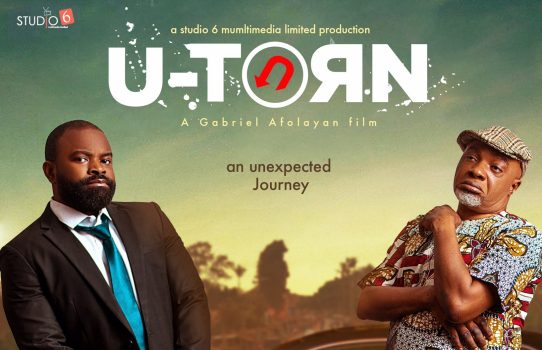 The problem with U-Turn is not that it’s thoroughly predictable; it’s that its predictable plot points are tedious and unexciting. Plus, the film is not half as amusing as it seems to think it is…

For a country where a very large section of its population takes a road trip across the country every year end, December road movies should be a thing. And while it’s too early to call, it seems like Nollywood might be taking on that genre. Last year, Kayode Kasum’s Soólè, about a bunch of passengers and their bus driver on a long and strange ride from Lagos to Enugu, started showing in theatres towards the end of November and ran through December. This year, Gabriel Afolayan leads the crew and minimalist cast of U-Turn, which premiered exclusively on Netflix this December.

In U-Turn, we follow the two lead characters on a trip from Lagos to Ibadan. Afolayan takes the passenger’s seat as Chukwudinma, a young Igbo man trying to get to Ibadan from a park in Lagos. We have no idea what his motives are, and we might never quite figure it out. But he has a briefcase, wears a suit, and doesn’t even attempt to beat down the driver’s charge, so we can assume it’s something serious or urgent.

Ebun Oloyede, a.k.a Olaiya Igwe, stars as Kamoru, the Yoruba taxi driver who agrees to chauffeur Chukwudi. On his part, Kamo is the breadwinner of a large nuclear family that’s so poor that the children sleep on the floor of their one-bedroom home. If you miss the official synopsis on Netflix, the suspicious behaviours of both Chukwudi and Kamo, from the get-go, hint at the fact that both of them have secret intentions hitting the road with them. But the journey ends up being a turning point in both their lives.

This movie is Afolayan’s debut as a producer, writer and director, and it shows. There’s an obvious lack of mastery of the genre, whether in terms of the screenplay or the general production. Where an entire film is about two people taking a road trip in a single vehicle, especially people from seemingly different backgrounds, you can expect the script to be heavy on the side attractions they encounter on the road and even heavier on dialogue. In fact, those are the things that make films like that work. But U-turn doesn’t get these things right.

There are four writers with screenplay credits for this film, but they couldn’t figure out an interesting approach to the mundane conversations that their characters have. Until the film hits the one-hour mark, the dialogue is considerably pedestrian. And after that one hour, as it arrives at its climax and resolution, it attempts to find depth in its dialogue, without much success.

The writers also seem to have been struggling for ideas to pass time, so much so that we have to sit through every little side attraction they manage to create for much longer than we need to. And then, those side attractions manage to be boring and irrelevant to the core of the story, while being either melodramatic or just plain noisy, or both.

Between the official poster and the plot of a driver and a lone passenger both of whom come from very different backgrounds, U-Turn invites comparison with Hollywood’s Green Book, where an African American pianist had an Italian American driver driving him to his venues across the racially-segregated South — especially since that’s the most recent world-famous film with a similar poster and plot.

What’s missing in the Nollywood film is the racial element. After all, as the largest black nation in the world, racial tensions are not Nigeria’s forte. But the country does have its own prejudice problems, and ethnicity is a major player. So, in U-Turn, Afolayan opts for ethnicity as the differentiating factor between his leads, and tribalism as the leading prejudice. However, what we end up with is a Yoruba man driving his Igbo passenger from one Yoruba town to another, making fun of his passenger’s name, and spending a good deal of time insulting his passenger in Yoruba.

It’s a choice that plays out well, and the film’s underscoring of tribal sentiments — amongst other social commentary that it makes — is the most interesting thing about U-Turn. Plus, the drama that plays out between Chukwudi and Kamo serves as a bit of a lesson in not making assumptions. Although, to be fair, Kamo’s assumptions are based on wilful deceit by Chukwudi. It also helps that the film’s use of language and its portrayal of the characters’ ethnicities are not exaggerated, neither are they necessarily stereotypical.

Afolayan is a native Yoruba speaker, and it’s the language he ends up speaking for most of the film. But when he does speak Igbo, he turns out to be impressive. He puts on a good show, imperfect as he is, speaking with the confidence of a native speaker and making you believe he’s one.

If you’re wondering whether I’ve entered spoiler territory in this review, you have nothing to worry about. It’s almost impossible to spoil this movie. Practically everything that happens in U-Turn, you see coming miles away. Or are you truly not expecting that a Nigerian film about a road trip won’t have a scene where the car runs out of fuel or gets a flat tire or both?

The problem with U-Turn is not that it’s thoroughly predictable; it’s that its predictable plot points are tedious and unexciting. Plus, the film is not half as amusing as it seems to think it is. The comedy feels forced and drawn out, but it almost never lands. Sometimes, it’s even more irritating than funny. Afolayan puts in a good shift as an actor.

Oloyede does some decent acting as well. But their performances are hampered by their poor attempts at comedy. Frankly, Chukwudi turning out to actually be fluent in Yoruba is probably the only truly funny episode in the entire film. And whether that plot point is humorous or not is very debatable.

There’s also the fact that the film fails in its goal to be suspenseful. There are several indicators of this intention. Very early in the film, we’re shown that there’s a gun in the car. And we know, from internal monologues and the suspicious looks both characters direct at each other, that they’re both up to something fishy. But with a score that never quite creates suspense and camerawork that doesn’t contribute to tension, the film mostly feels flat, even when it reaches its somewhat emotional climax.

U-Turn isn’t even creative about its locations. Perhaps, the idea was to stay as true to real life Lagos-Ibadan routes as possible. But that ship sailed when U-Turn all but opened with a child leading a gang of full-grown male touts at the park in Lagos from where the journey began.

If you’re going to create an unbelievable event for the sake of some cringe-inducing comedy, then you might as well wield that creative licence in selecting interesting landmarks on the road. Worse still, U-Turn doesn’t do a good job of establishing locations. For a film that plays out on the road between two cities, it doesn’t do enough to indicate where exactly the characters are at any given time. You’d have to be personally familiar with the terrain to even know when boundaries have been crossed. 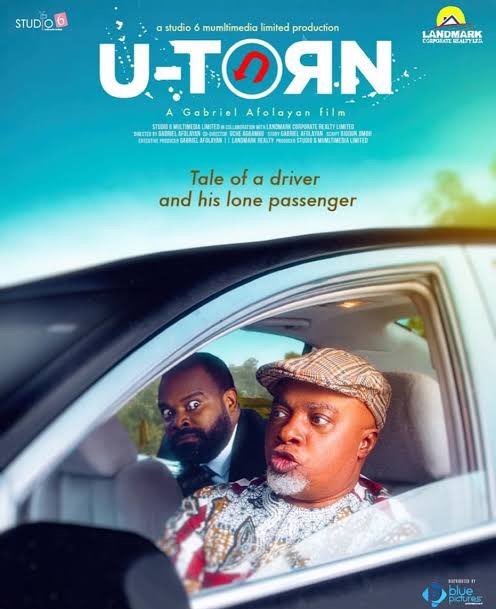 At this point, I must have said U-Turn is uninteresting in ten different ways. But that’s only because it really is. There’s barely any spark. Last year’s Soólè might have veered off the tarmac, but at least it was a fun —albeit chaotic — watch. U-Turn is anything but.

(U-Turn is streaming on Netflix here.)

Vivian Nneka Nwajiaku, a film critic, writer and lawyer, writes from Lagos. Connect with her on Twitter @Nneka_Viv and Instagram @­_vivian.nneka