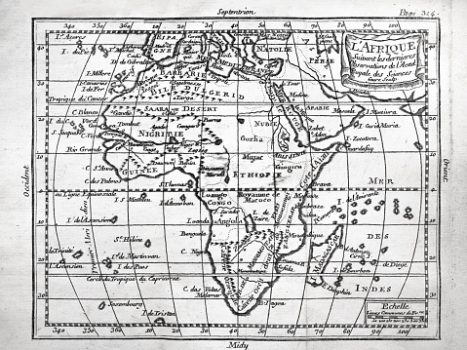 Tribalism in Africa: a Tool for Charging Political Agenda

Recently, it was alleged that a Catholic priest, Rev. Fr. James Anelu from Edo state, Nigeria banned cultural Igbo songs in his parish, the Holy Trinity Catholic Church, in Ikorodu, Lagos. In one of the reports, the priest’s angry outburst was that “Igbo” members of the congregation were trying to “dominate” people of other tribes in the church. In another report, the priest even threatened to invoke the “wrath of God,” asserting that were he in Eastern Nigeria, he would have been condemned if he sang in Yoruba.

While tribal grievances are not entirely new to Nigeria — Africa generally — it becomes disturbing when ethnicity begins to cut through to religious organisations that should ideally show ethnic neutrality. On one occasion, I had overhead, in a random conversation, members of a certain branch of one of these mainstream Pentecostal churches in Eastern Nigeria complain that only “Yoruba pastors” were being sent to head the church branch.

Tribalism involves having strong sentiments towards one’s tribe, kin, or group. Tribalism in Africa has played out so long in history and continuously that it even seems a cliche talking about it.
It is now derogatorily associated with affiliation to an ethnic group above reason and logic, and in this regard, above religion.

The premise that one tribe is trying to “dominate” the other, is a political tool that has successfully been used to divide people along ethnic lines, at the expense of nation-building, where members of a competing communal group(s) seek to protect and advance their interest in a political system.

The ideology is to instill fear into an ethnic group, that the other is the enemy who has come to steal or take-over what is theirs, or what belongs to them. The Oxford dictionary describes this political tribalism as the manipulation of ethnic identity, whereby it is transformed into a kind of nationality in which leaders play on a community’s fear of losing out to the other. These “political entrepreneurs” use that fear to evade logic, separating people from the other, labeling only one group as real, and the other as trying to harm. When an ethnic group perceives the other as a threat to its existence or continuity, the group is disposed to see the other as the enemy.

Typically, African societies are closed-knit, functioning first, as a small family, to larger extended families, to lineages, communities, and then tribes. Ultimately making up a group of people with similar languages, beliefs, and so on.

Almost all conflicts in Africa have some ethnic-regional dimension to them. For example, the military coup of 1966 in Nigeria brought about ethnic tensions, as it was described as an “Igbo coup”, which led to the installment of General Aguyi-Ironsi as President. In retaliation, a northern-led coup ensued months later, which not only brought about the death of the installed president but also Igbo residents in northern Nigeria. The Igbos, fearing marginalisation from the Northern Hausas declared their own independent state, leading the country to three years of the Nigerian Civil War.

Inciting an ethnic group against another has been a strategy employed during the colonial era, to encourage tribal distention as a part of a divide-and-rule strategy. This division is still being maintained by present African rulers, to preserve a system where there is a tussle for few resources. Essentially, in a nation, all of these groups and tribes vie for a share of the country’s scarce economic resources.

The power tussle ensues when one group seeks dominance over others, or a group feels marginalised or neglected. Using a “divide and conquer” tactic, ethnic divide is a device easily employed by rulers, the government, or those who intend to assume power. Those that seek power use kinship to arrogate to themselves, and amass by the number, using the African cultural ties to his roots against competence and reason.

In 1994 Rwanda, the Hutu tribe picked up arms against their sister tribe, the Tutsi group, leading to a genocide that claimed the lives of at least 800,000 Tutsi people. This discord was sown since the early days of the Belgians that colonised the region, and further perpetuated by the government and largely enabled by the media.

The Hutus and Tutsis weren’t culturally different from one another. They spoke the same language and shared the same beliefs. But following Rwanda’s independence, the dominant Hutu leaders who controlled the larger extent of the country’s economy subtly began to incite its citizens to believe that the Tutsis were the enemy, and the Hutus had to “protect” themselves at all cost, compelling them to kill their Tutsi neighbours.

The Nigerian political clime is not any different. Also following post-independence, the then political groups divided into ethnic lines, with the Action Group party (AG) dominating in the Yoruba-speaking Western region, the National Council of Nigerian Citizen (NCNC), dominated by the Igbo speaking Eastern region, and the Northern People’s Congress (NPC), dominated in Northern Nigeria.

Till today, elections in the country are politicised heavily on an ethnic basis. Take the 2015 presidential elections as an example, where the opposition All Progressive Party that had Mohammadu Buhari as its forerunner, garnered votes by the numbers from the majority of northern people, with promises of fighting corruption and putting an end to the insurgencies. However, seven years into the presidential administration and the country is still grappling with corruption, kidnapping, banditry, and an economic crisis.

There are several other examples of ethnic conflicts politically instigated among African communities. The Ethiopian-Tigray conflict has left the Tigray region in disarray. Of many factors that caused the escalation of the crisis, the struggle for power and the push for political reforms are mentioned. The conflict began in 2020 when the government declared a state of emergency and called for citizens to take up arms against Tigray fighters and their allies. Ethiopia’s political system was already fragmented into ethnic parties.

What tribalism does is that it undermines competence for political gains. Each government or rulership class tries to favour their group while suppressing others. In 2021, President Bio of Sierra Leone was accused of tribal discrimination as he is alleged to show preference to his Mendes tribe over others in the appointment of his ministers.

The Nigerian political scene is not any different, as there have been accusations of the president appointing his ministers based on tribal affiliations rather than qualification.

The justice system in Nigeria is also greatly repressed, as minority groups continue to be marginalised. When only one ethnic group dominates in a country, like in Nigeria with over 250 ethnic groups, the other groups feel sidelined, and may eventually resort to violent reprisals, pushing the country into more cycles of conflict. For example, the agitations from people of the Niger Delta region. Last year, there were agitations from the Niger Delta Youth Council, when the National Assembly proposed only three percent in the allocation from oil and gas companies that operate in the oil-producing communities.

Instigating one ethnic preference over the other has counterproductive consequences as it ultimately breeds distrust among ethnic groups, and hampers a nation’s unification.

Sybil Fekurumoh is a freelance writer from Bayelsa, trying to write as a small step to making global changes. Connect with her on Twitter and Instagram @toqueensaber.