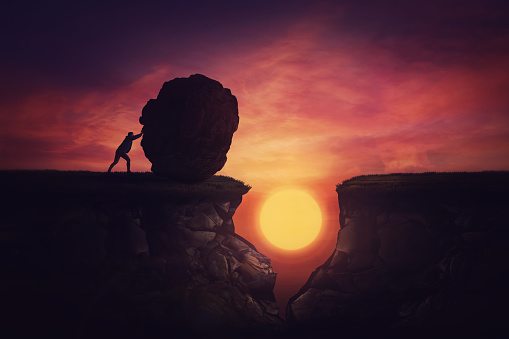 Real-life vs the Internet: Measuring Success for Young Africans

Invictus’ name made it to the Forbes 30 under 30 list of 2016, and he was even a TED speaker for TEDxYaba, the typical turtle-neck wearing “aspire to perspire” trope, dishing out financial advice to young Africans…

Social media platforms passably make for avenues where standards are formed. Twitter, for one, could be described as a rather opinionated platform for just about any topic. There is almost always something to riffle through; whether it is a sanctimonious remark, an unbiased review, a questionable premise, or even a logical conclusion. All this said, quite often, there is a tendency to create public misconceptions when these standards become popular opinions.

Two days ago, a tweet caused a bit of a sensation after making a tweet on how hard work and success should be measured among young people. This tweet spiraled into a trending topic, with Millenials and Gen Zs at opposite sides of the debate as to what should be achievable for young people between 20 to 25 years.

Young people these days seem to optimize for a 'soft life' too early in their career. You're in your twenties, just got out of Uni, sorry to break it to you but if you're not doing 15 hour days across work and personal learning, you're not working hard enough.

Today, some share the ideology as the tweep above about young people. They, like the Nigerian President Buhari, tag Nigerian youths as “lazy” and entitled, as to desire everything freely on a platter.

The problem is not that young adults are not working hard enough, but that there is a set model (through a narrow “suit and tie” or white-collar) to which hard work is being measured, neglecting that success is defined differently for everyone. People only acknowledge results, not giving a hoot about the process, thus, invariably putting a whole lot of unnecessary pleasure on young people to succeed by any means necessary.

To a certain degree, this argument is true, that some young adults desire the “soft life” without putting in the necessary hard work. Where individuals only want the easy life without the hassles that come with success. For one, the cybercrime rate in Nigeria has increased exponentially in recent times, becoming glorified in the media. Young people with little or no education or any skilled training want to skid the ladder to the top. A typical example is Ramon Olorunwa, popularly known as Ray Hushpuppi, who was well known for his flamboyance on the Internet but was later convicted for fraud.

Another notable example is the case of Obinwanne Obi, whose story muddled Nigerians. In 2019, Obinwanne “Invictus Obi” Okeke was convicted in the U.S for Internet fraud, and sentenced to 10 years imprisonment in a U.S prison. Prior to his conviction, Invictus was the perfect model of success for young people. He held a Master’s degree from an international institution, and he was also an international businessman who made investments in various business sectors and operated his holdings under the ‘Invictus Group.’ Invictus’ name made it to the Forbes 30 under 30 list of 2016, and he was even a TED speaker for TEDxYaba, the typical turtle-neck wearing “aspire to perspire” trope, dishing out financial advice.

With these said, these commentators should also acknowledge that young people across the continent are in fact, giving their best every day, even when the system is considerably designed against them. Youths across Nigeria, for example, have survived through two catastrophic recessions, high unemployment rates, and skyrocketing inflation.

Nigeria’s youth unemployment rate as of 2020 stood at 33.3%; still, the government has not been able to sufficiently create a measure to absorb these people. The government, with the Npower scheme, is one of such measures that the government set up to help reduce unemployment and increase social development in Nigeria, but with only 500,000 beneficiaries, it is like a drop in the ocean.

To begin with, the Nigerian tertiary education system is not entirely progressive. The curriculum of the Nigerian education system is grossly outdated, rehashing modules that do not necessarily have any relevance today. The other day, I sat through a class on Agricultural National Policy, learning about policies enacted in the 1960s, rather than being taught those in use now. As recent as 2015, as a young undergraduate, I watched my counterparts studying Office Management still learning shorthand using a typewriter which has become obsolete.

When these young people eventually do make it through the intermittent strikes in the university, as well as the NYSC, the workforce requires that one have years of working experience before one can be employed. In Uzoma Dozie’s essay “Age vs Success — a Nigerian Tale,” Dozie made an analogy with the banking sector which requires one to have 20 years of experience before one could become an MD of a bank, a sector where financial services offered to customers are changed every now and then.

Also, the belief that hard work always brings about success is erroneous. Hard work in this context equates to long work hours. From observation, Africans are hardworking. A BBC report suggests that Africans are the most hardworking migrant group in the U.S, with Ghana topping the chart by country.

But realistically, hard work does not always equal success. For example, employees in Nigerian private schools and banks know all too well, the number of hours that go into their jobs, and how it does not equate their earnings. An exposé revealed the working conditions of young Ethiopians for a private media firm, who toil day and night under unhealthy working conditions, at the expense of their health and for meagre earnings, only to have their work contract terminated when they demanded a better work environment.

With these clear disadvantages that put young Africans at uneven odds, still, they have been able to persevere. Overall, about 95.8% of young people between 15 to 24 turn to informal employment in Africa. But informal employment mostly offers low wages. The informal labour, or gig economy in Africa, especially digital-enabled platforms, though transformative, faces its challenges such as job uncertainty and lack of legal protection.

Young Africans are also making progress in acquiring digital skills that are transforming their lives for better job prospects. There is still a huge global wealth gap that social media does not consider. In the global wealth distribution, individuals with the highest wealth range only make up 1.1% of the global population. And in Africa, the percentage drastically reduces to less than one.

It might also be good to acknowledge that individuals’ measure success differently. Borrowing words from my editor, not everyone has to earn every skill. Naira Life, one of my favourite newsletters, gives a clear, honest, and relatable insight into the individual struggles of young Nigerians and their relationship with money. There, one recognises how many factors interplay in people’s measure of success; the environment, black tax, the economy, unlikely circumstances, etc. The pressure is overwhelming enough, with the Internet projecting only a fraction of successful people, which is oftentimes misleading.

There are creative and innovative young people putting in their best to make substantial improvements to themselves, while also finding pleasure in the things they do. Young people can still achieve success as artisans, influencers, teachers, writers, etc. We cannot all be lawyers, doctors, and “tech-people.” For the lack of better words, young people are trying their hardest, and it is unfair to trivialise a person’s process because it does not fit a societal success model that is not a “one size fits all.”