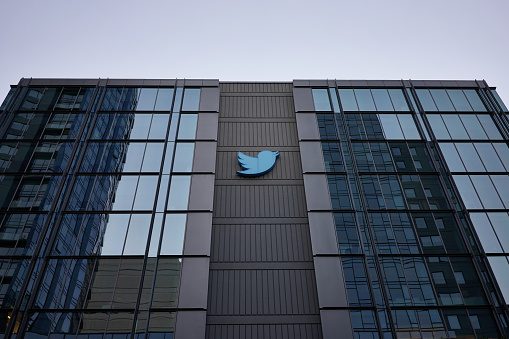 How Social Media in Africa is Helping the Fight Against Dictatorships

On the 13th of January 2022, the Nigerian government announced that it had lifted the ban which it placed on Twitter 223 days earlier. According to the Federal government, Twitter had “agreed to pay an “applicable tax” and establish a legal entity within the country sometime in the first quarter of 2022.” Meanwhile, Nigerian Twitter users, most of whom never stopped using the app, thanks to Virtual Private Network (VPN), took to mocking the Federal Government’s attempt to disguise what many of them hinted as the government’s loss in the battle.

To most, lifting the ban was not a matter of Twitter reaching an agreement, but a decision prompted by the forthcoming elections, to enable the ruling party run its campaign on social media.

In the midst of the whole discourse, it was easy to forget why the ban was placed in the first place. The Nigerian government banned Twitter after President Buhari’s tweet was pulled down by the site on the ground that it violated the corporation’s rule.

Shortly after Biafran Heroes Remembrance Day which saw the whole of Southeastern Nigeria on lockdown to honour the people who died during the Nigeria-Biafra war, the Nigerian President, unhappy about the grasp the people fighting for self determination seemed to be having tweeted, “Many of those misbehaving today are too young to be aware of the destruction of lives and properties that occurred during the Nigerian Civil War. Those of us in the fields for 30 months, who went through the war will teach them in the language they understand.”

Nigerians on Twitter reported the tweets in large numbers for being suggestive of the genocide which the Nigeria-Biafra war was suggestive of having inflicted. Twitter flagged the Tweet, and subsequently, took it down, an action which which drew the ire of the Nigerian government.

Over the years, Twitter, a social media app, naturally suited for political conversations and campaigns, has steadily garnered more power in the way it is able to steer conversations and fuel political resistance. It was on Twitter that the #EndSARS protest which shook Nigeria in the course of October 2020, began, was incubated, hatched, and commemorated long after the physical protests ended with the gruesome Lekki Toll Gate killings in Lagos.

The most ferocious oppositions of the government in Africa have their social media base on Twitter. Nigeria is, in fact, not the only country where resistance to tyranny has found its base on Twitter.

The haywire protest in Sudan which led to the ousting of Omar Al Bashir was largely facilitated on Twitter. In Uganda, the opposition to the Ugandan despot, Yoweri Museveni’s government which tried to elect Bobi Wine, was largely on Twitter. And in these countries, there have, as a result, been efforts by the government, to “regulate” the use of social media by banning the use of whatever app is capable of amplifying dissident voices.

However, the effect of the Twitter ban, over the period it lasted in Nigeria, only served to boost rebellion among the Nigerian youths. Long before the Nigerian government thought to consider the social media bill, and before it deemed to ban Twitter, technology, it seemed had moved too fast and installed VPN in place. This was so that Nigerians living in Nigeria could set their locations to other parts of the world, and still access Twitter. For this reason, the effect of the Twitter ban was largely cushioned.

The attempt to “regulate’ social media by various African governments is very similar to how tyrannical governments and religious groups in history have sanctioned dissident institutions, tagging them rebels, and in the case of religion—heretics or infidels. Tyrannical institutions have always been known to operate on closed systems, to do away with whatever school of thought opposes its ideologies and to regulate whatever medium of discussion is available to its subjects.

The histories of organised governments and organised religions are replete with heretics being burnt, dissidents being sentenced to exile or banished for life, and books being burnt in thousands—especially when these things have been found to influence contrarian thoughts. In the case of the Nigeria-Biafra war, the Nigerian government banished history from its curriculum to prevent the younger generation from “understanding the extent of damages to lives and properties wrought upon Nigerians by the war.”

In that way, it created a closed system where knowledge of that aspect of the country’s troubled history was not easily accessible. Presently it is proving very difficult for the government to operate closed systems in Africa because technology has played a role in opening up the world, such that a closed system of tyranny is becoming more difficult to achieve, especially in post colonial Africa.

Information about such historical events like the Nigeria-Biafra war are now just a Google search away, and these discussions are being had on Twitter every other day.

For this reason, tyrannical systems of government practised in most countries in Africa are running out of time, because it relies on the imperial system handed down to it by the colonialists to clamp down on its opposition. It has not evolved technologically, or ideologically as resistance has done in the age of social media. The systems employed by the governments of the technologically-advanced countries today are more improved to escape the powers of the more alert public. It no longer has the central control over news and “sensitive” information. And with the world more open than ever before, it is becoming easier to hold the government accountable on account of its atrocities.

Technology has played a decentralising role in African politics. First, social media like Twitter has had the effect of decentralising news media, and amplifying the voice of many marginalised people. Secondly, it has taken away from African and world governments, to a large extent, sole proprietorship over the machinery of news, hence, creating more room for the opposition. Ironically, even the Nigerian government could not even do without Twitter prior to the forthcoming elections.

It tried to take away the voices of opposition and ended up doing the exact thing to itself. The continuous pattern of banning a social medium and returning to it in election periods is an ironical proof that what amplifies the voice of the opposition is the same thing which largely anchors the voice of the ruling powers. Hence, in the attempt to “regulate” social media, the government seems more to lock itself out.

The Nigerian government and its counterparts in Africa seem neither to have the capacity to successfully “regulate” social media, nor own the narratives of what happens in their countries. In this way, social media seems to have regulated the never-ending fight against dictatorship.

Michael Chiedoziem Chukwudera is a freelance writer and editor. He contributes pieces on culture, music and literature to Afrocritik. You can follow him on Twitter, @Chukwuderaedozi