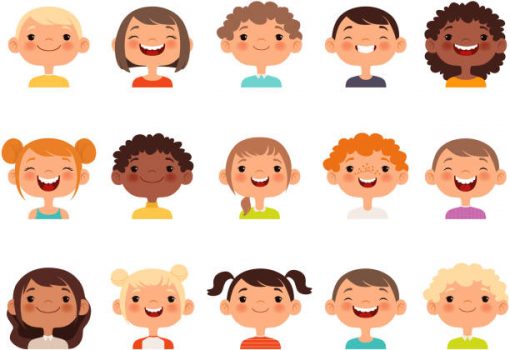 Child Marriage, and the Need to Take Action

The work to end child marriage is far from over. As the world population keeps increasing, especially in developing nations, there is a projection of increase in the number of child brides if the current rates still prevail…

Eliminating child marriage is one of the targets for achieving gender equality as a sustainable development goal. The aim is to “eliminate all harmful practices, such as child, early and forced marriage and female genital mutilations” by 2030. Achieving this goal is paramount to the success of other global goals, yet, we are seven years shy from 2030, and unfortunately, child marriage remains an endemic crisis around the world, with highest cases recorded in Sub-Saharan Africa.

In 2010, a Nigerian Senator, Sani Yerima, married a 13-year-old Egyptian girl, after paying a dowry of $100,000 to her family. Yerima defended his actions saying it is permissible in his religion. He would later press the Senate to keep a law that equates underaged married girls to adults in Nigeria.

During the pandemic, 16-year-old Marie Kamara in rural Sierra Leone, accepted the proposal of an older man in his mid-twenties to ease the financial burden on her family. Her desires to get an education and become a nurse seemed less important compared to solving her family’s financial dilemma.

Amidst the lockdown, a young girl of roughly 11 to 13 years in northern Nigeria, was groomed to be married off as a second wife to a middle-aged security guard. She did not go to school, but occasionally sold awara (soyabean curds) and, as a young bride, waited on her future husband.

Child marriage is any form of marriage union (formal or informal) between a child under the age of 18 to an adult or another child. Child marriage is deeply rooted in inequality and happens in many societies, causing a disproportion in the advancement of the girl child in comparison to boys.

A leading cause of child marriage is poverty, poor access to education a lack of economic opportunity for girls, and a lack of available health services. Early marriage is prevalent in poorer and developing societies, in contrast to richer and more advanced regions. There’s also cultural and religious acceptance of marriage for underage girls and the belief that younger wives are more likely to be subservient as well as that early marriage protects the child from sexual violence. Also, laws protecting girls from being young brides are not well enforced or outrightly overlooked.

Child marriage continues to have massive detrimental effects on education, health, and the overall development of adolescents and youth as girls are denied the chances of making independent decisions. Health wise, early marriage has adverse implication as the young girls are at risk of contracting sexually transmitted diseases, cervical cancer, complications such as obstetric fistulas, and possible death during childbirth. A study in 2014 found that Nigeria has the highest prevalence of Vesico Vaginal Fistula (VVF), a gyneacological problem that occurs during prolonged labour obstruction which causes urine to leak into the vagina causing affected persons to pass urine uncontrollably. A lot of adolescents that become young mothers experience this.

Remarkable progress is being made to permanently put an end to child marriage. In 2016, Tanzanian advocate, Rebeca Gyumi, took up a petition against the Marriage Act and won, thus, increasing legal marriageable age from 14 to 18.

In 2017, a High-Level Meeting on Ending Child Marriage in West and Central Africa took place in Dakar, Senegal. There, government leaders, traditional and religious leaders, and other observers from 21 countries in the African Union and the United Nations developed strategies to put an end to child marriage on the continent.

Also in 2016, UNICEF, together with UNFPA, launched the Global Programme to End Child Marriage, aimed at taking action to reach girls at highest risks, as these ones were hardest to reach. African countries at greatest burdens included Burkina Faso, Ethiopia, Ghana, Mozambique, Niger, Sierra Leone, and Zambia. 11,000 young girls and counting had life-skill training and sexual reproductive health education in Niger, while in Zambia, the programme helped over 2,000 young girls return to school following reopening of schools after the COVID-19 pandemic. In Burkina Faso, programmes have been organised to better orient behavioural changes and promote positive masculinities in communities where child marriages are prevalent.

Through community action, Genet Maleke in Amhara, Ethiopia was able to escape being married as a child bride. She went on to pursue a diploma in Education, and is actively imparting her community to take action against child marriage.

Kakenya Ntaiya from Kenya bravely defied the odds and earned a Ph.D. in education. She’s now empowering and educating young girls and their families against female genital mutilation and child marriage. As a mark of success, when the pandemic crisis became over, all the school girls returned to school without any recorded case of child marriage or female genital mutilation.

Kakenya Ntaiya bravely defied local traditions to make a different plan for her future and her community. In a society where young girls’ lives are often decided for them, she founded @KakenyasDream to educate girls and end practices like child marriage: https://t.co/ydgG43PCY3 pic.twitter.com/gCx9TKfhUo

The work to end child marriage is far from over. As the world population keeps increasing, especially in developing nations, there is a projection of increase in the number of child brides if the current rates still prevail. Even as there is a slow and steady decline, this decline is not evenly distributed across regions. The trends show that there will still be 17.5 million child brides by 2050. Even if the rate of decline doubles, the number of girls married off would only reduce by 2.7 million.

Sybil Fekurumoh is a creative writer from Bayelsa. While she isn’t studying, she volunteers for programmes that promote child education and welfare. Connect with her on Instagram and Twitter @toqueensaber.