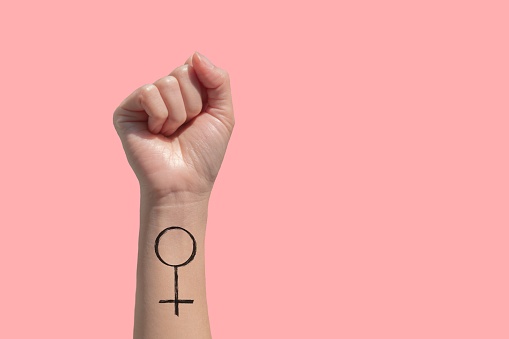 The reality is that men and women are complementary entities who play significant roles in one another’s affairs, yet both possess the capacity to exist and thrive independently…

In the grassland of Samburu, Northern Kenya, resides a spectacular all-female village known as Umoja which means “unity” in Swahili. Umoja, widely referred to as ‘the village without men,’ consists of matriarchs who are devoted to providing refuge and freedom to women who have been victims of all kinds of abuse. The village came into existence in 1990 by a group of 15 women who were victims of sexual violence in the hands of British soldiers and were thereafter rejected by their husbands. This formidable group of women, led by Rebecca Lolosoli, a Samburu woman, in a bid to find shelter and free themselves from the hands of their oppressors, built the Umoja village.

The life-threatening situations they encountered prompted their decision to create a community that guarantee women’s freedom without men who were believed to only inflict pain. The village has since become an asylum committed to accommodating women who have suffered traumatic abuses such as rape, female genital mutilation, early marriage and beatings.

The 47 women and about 200 children in Umoja today, have successfully created an economy for themselves without the support of men. Living with extreme frugality, their lifestyles devoid of luxury, these women and children earn a regular income from the making and sales of jewelries such as necklaces crafted from beads, anklets, bangles, and others to cater for their basic needs. To prove the inviolability of the ‘all-women’ and the ‘no man’ village code, male children who come in with their mothers are asked to vacate the village when they reach the age of 18.

Fascinatingly, these women do not lead an isolated existence as they go out into neighbouring villages, markets, schools, and have also managed the visitation of people outside the Umoja village.

The village affords formal and informal education to their members. The older women teach the younger ones about social norms like female genital mutilation, forced abortions, etc., which they have escaped from. To add to their legion of successes, the women of Umoja run a campsite for interested safari tourists, and charge an entrance fee for tours within the village. Remarkably, these women seem to have succeeded in making a life for themselves out of the unpleasantness of their experiences, regardless of what the typical African community dictates.

Outside the shores of Africa exists the Noiva do Cordeiro, another village that sprung out of a similar situation. The village which started off as an all-female village and now exists as an almost all-female village in Brazil, South America, has a population of about six hundred people. The village was singlehandedly built by Maria Senhoriha as a haven for women, where men could not control them, after she was accused of adultery and was afterwards excommunicated from the church.

A key feature that keeps the two villages in a distinctive line is that, unlike the Umoja where men are strictly forbidden, some of the residents of Noiva are married to men who, by virtue of their jobs, only visit the women during the weekends. Nevertheless, the presence of men does not change the fact that the village is exclusively led by women.

Another community in which women have successfully emerged from the backdrop of gender construct is the Akan community in Ghana. In this community, female stools complement the hierarchy of male stools. Women have a say and a place in the councils, and they actively participate in legislative and judicial processes. The chief’s wife takes her own oath, has her court as well as her spokesman. Properties are shared equally among the children, be it male or female.

The above movements serve as an explicit sign that the survival of women is not hinged on the existence of men. As far as these movements have proven; survival is a fight that anyone can either win or lose regardless of gender, and that women do not fare worse than men. There is no such thing as inherent superiority. The conflict and complexities entrenched in this cycle of perception owes to past generations which successfully conferred automatic obligations on women and a generous sense of entitlement on men.

Living well and being productive has less to do with the line of traditional hierarchy African historical epoch holds which highlights the male as superior to the female, as it has to do with the determination of women.

The reality is that men and women are complementary entities who play significant roles in one another’s affairs, yet both possess the capacity to exist and thrive independently. However, society perceives women as weak and unable to succeed without being assisted. This perception, in its entirety, has been proved wrong over time.

The ultimate question is: can women live alone and still be successful? Since the feasibility of staying alone, and becoming successful doing so is hinged on determination rather than societal constructs, both man or a woman can achieve untold things. But does this rule out the place of hurdles and crossroads?

Unmarried women or those who have decided to not marry or remarry, encounter limitations in many aspects, such as stigmatisation, doing more than one job to meet needs, pressure from society, denials and rejections, and so much more, and that’s absolutely normal. People encounter barriers everyday as they push through life. Difficulty has never implied impossibility.

There are many reasons women can decide to live alone, some of which have already been spelt out as the motivation for the Umoja movement. For women in Africa, the death of a spouse is compounded by the cultural demands of widowhood. Many are stigmatised, blamed for their husbands death and displaced from their marital home. The loss of a spouse through death, preceded by either serious illness or unanticipated accident, is traumatic.

Despite these unfavourable circumstances that surround widowhood, remarriage most times has not been a frequent occurrence with women. Many of these women have been able to swing themselves out of the persistent depression and grief that accompanies loss to independently raising their children. Amazingly, every community in Africa has a woman or a number of women actively involved in single parenting and are succeeding at it.

Divorce is another unpleasant occurrence and is associated with a subsequent decline in the health of the woman due to financial difficulties stemming from the unwillingness of men to pay for child support after divorce.

Also, single mothers participate solely in assisting and facilitating children’s adjustment to being raised by a single parent. Divorce also pushes women towards depression-hinged habits such as smoking, drug intake and drinking. In the midst of all of these, many women have effectively risen alongside their kids. Not only was it possible for some to raise their kids, many have worked their way into influence.

Ebony Life boss, Mosunmola “Mo” Abudu is an excellent picture of a woman who worked her way to the top despite her divorce. Forbes once described her as Africa’s most successful woman. The CEO of MainOne, Funke Opeke is another example of a single, independent yet successful woman. Like Abudu, Opeke, though single, had a vision and that vision drove her into the cadres of influence.

No matter how good an individual is at something, there will probably always be someone better at it than them. To make an all-embracing statement that one gender is superior to another, or better at things, is the ultimate show of ignorance which stems from a deliberate denial of obvious facts.

In Nigeria, despite the rigidity of the lens through which women are seen, the country has been able to produce women who roar in their femininity. Women such as Ngozi Okonjo-Iweala, Arunma Oteh, Bola Adesola, Dere Awosika, Elohor Aiboni, amongst others have shown that women can be powerful and effectively handle key positions in the country as men would.

This argument has nothing to do with bringing men down or establishing female domination, but rather about acknowledging the obvious biological differences in men and women and yet keeping them on an equal, complementary scale so that no one is superior to the other. It is also important to acknowledge that there are both shortcomings and strengths in both male and female which make them compatible, and yet able to exist as an independent whole.