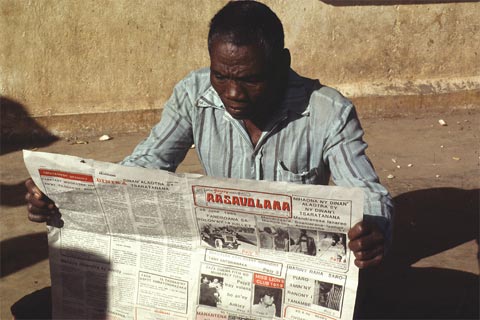 Have Africans Failed To Properly Curate Their Own History?

On Thursday, June 17, 2021, Kenneth Kaunda the first president of Zambia passed on at the age of 97 and the news of his death “revealed” that he was unknown by most back Africans under 30. It was a most unsettling observation. The BBC ran an article titled, “Kenneth Who? Africans Are Forgetting Their History”. The irony is that this alarm bell was rung by BBC, a western media shown by history to not be exactly favourable in its bias to African countries.

With a bit of insight into history, one finds that the much-touted problem of the native African being oblivious of history is taking rearing its head again in the 21st century. Enmeshed in the puddles of neocolonialism, there are not enough stories from the media and movie industries, or enough books being written, to help the younger generation keep track of how their ancestors fought colonialism. The result of this is that young Africans do not know enough about colonialism, and are almost totally blind to the whims of neocolonialism. This is reminiscent of the man in the Igbo proverb who does not know where the rain began to beat him, and so does not know where he dried his body.

One of the attributes of a self-actualized people is that they write their own history and control their own narratives. The quest to achieve this was one of the reasons the struggle for independence spread across Africa like wildfire. It was one of the things which inspired Nnamdi Azikiwe’s return to Africa from the West, to inspire this struggle for independence, Chinua Achebe wrote the timeless classic Things Fall Apart as a response to colonial narratives, and much of the cultural revolution which marked that age centred around this.

We have failed to connect this part of our history to the present day because we neglected to pass down this legacy from generation to generation. The narrative being pursued by a people shapes their politics, education and the level of attention they pay to history. These in turn shape what their media, and their entertainment industry to an extent, pays attention to. What does it mean if young Africans who know about John Fitzgerald Kennedy and Ronald Reagan do not know about Kenneth Kaunda, Julius Nyerere, Houphouet Boigny, and Leopold Senghor?

The most famous figures in the fight against colonialism are “heroes” like Nelson Mandela (who was forced to subtly compromise to colonialist agenda), or “despots” like Idi Amin (who was portrayed as a devil incarnate by Western media). Thomas Sankara and Patrice Lumumba are only as popular as they are today because they were tragically murdered. Stories of figures like Kenneth Kaunda and Julius Nyerere are absent from mainstream discourse, and Nnamdi Azikiwe is continuously unseen in important discussions about colonialism. Why is this the case? Simple as it may sound, the answer is that Africans are not yet adequate historians of themselves. They do not yet control their narratives, some of the stories that matter have not been magnified, and so the legacies beneath those stories have not been adopted into the consciousness of the society.

One of the problems of African societies is that they are in conflict with history. Some African countries underwent ugly experiences as a result of the confusion which emerged in certain African countries a few years after gaining independence. They also failed to address these issues on time. The leadership of certain African countries are scared of opening the can of worms associated with the early stages of their growth as a nation. On the other hand, the Western media cherry-picks what to portray based on what favours its narrative. The West is not solely to be blamed for this, even though they have always been after their own interests. Africans should take a bigger share of the blame for having not risen up to the challenge after all these years. The East African proverb has always reminded us that until the lions have their own historians, history will always favour the hunter.

If Africans are serious about how they intend to portray themselves to the world, then our media houses and institutions should take deliberate steps to own their narratives. History is an indispensable tool for people who intend to navigate the intricacies of the present, because there are always clues hidden in the past, and the present is only but a meeting point between the past and future. The power of owning narratives is also a crucial factor in changing the trajectory of the destiny of Pan-Africanism. In the 21st century, Africans go abroad and still find that Europeans are surprised at their fluency in English or firm grasp of technology!

The death of Kenneth Kaunda has reminded us once again of how forgetful we have been in our journey towards emancipation. This is because we have failed to take important notes required of us, and have failed to stay abreast of history. Amnesiac people are akin to people who exist in oblivion; they are plagued by problems, but unaware of the head or tail of what plagues them. The beginning of a solution is to first identify the problem. Africa has a narrative problem, and taking cogent steps to point out this problem for what it is, as well as finding concrete solutions, is a step in the right direction for our post-colonial evolution.

Michael Chiedoziem Chukwudera is a writer and freelance journalist. His works are published in Jalada Africa, Praxis Magazine, African Writer, The Lagos Review and Fortunate Traveller, among others. Follow him on Twitter @chukwuderaEdozi. You can also write him at Chukwuderamichael@gmail.com.