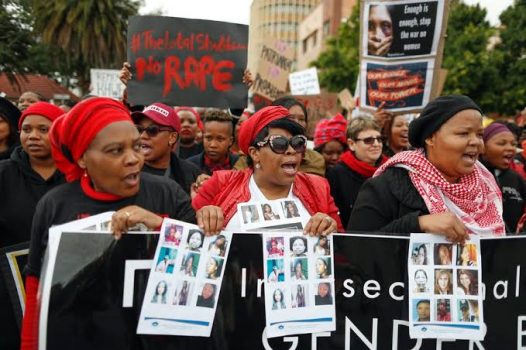 The Flippancy of Rape Culture in Africa

On the streets, most women admit to knowing at least one girl that was sexually molested, affirming rape culture but no man admits to knowing a rapist…

Days ago, two celebrities exchanged banter on social media as, I believed, was typical of social media clout chasing. The Ghanaian artiste, Shatta Wale, and Nigerian Burna Boy, in the course of their altercation and exchange seemingly admitted to molesting and raping women. The tweet alleging this was soon deleted.

Don’t worry when the girls start talking about the byforce sex,you will look for me as a witness and I will make sure you go “Nigeria Ankaful” by all means😜 @burnaboy

Those labels will be memories for you soon!!!

This type of exchange, and to boldly admit to sexual assault, displays how sedately sexual abuse is viewed in the African society, and why it is still expressly perpetuated.

An estimated 35% of women globally have experienced sexual harassment in their lifetime; however, less than 40% seek help, and fewer than 10% seek legal assistance. When rape cases are reported, only 3% are convicted, while 97% walk freely without a prison sentence.  A national statistic on rape confirmed that one in four females experienced sexual violence in childhood, with an estimated 70% of these occurring more than once. In the same report, about 25% of females between ages of 18 to 24 have experienced sexual abuse, out of which only 5% sought for help and only 3.5% got any.

Rape culture refers to an environment where rape is commonplace and sexual abuse is culturally permissive and tolerated by the mainstream. Rape culture remains a global problem, from normalising rape jokes, catcalling and misogyny, to degrading actions such as groping, objectification of women, manipulation, unwanted non-sexual touch, revenge porn, victim shaming, to outright assault such as molestation, drugging and rape; when assault is glorified, and the victim blamed for the abuse with statements to justify the abuser like “she asked for it,” “why did she dress like that?,” “what did she go to do there?,” “boys will be boys,” rather than given justice. When we call women that get abused or raped prostitutes, gratify violence against women in the media, trivialise rape cases and allegations, we promote the rape culture.

By teaching women to avoid getting raped rather than teaching men to not be rapists, and promoting sexual aggressiveness as masculinity and being sexually passive as feminine, we encourage this culture.

To understand how rape culture is received with laxity, let’s start with these real-life cases. A boy makes a demeaning joke about how the girl with locked knees would be difficult to rape because her legs would not give way for penetration; a girl greets a group of older men sitting at the front-yard and continues taking selfies as she goes on, the oldest of the men calls her and queries her for behaving seductively and tempting their pious hearts in the holy month of fasting and reflection; in a secondary school, the management gathers only the girls for sex-ed talks, and spends half the time preaching about chastity and the “reward of an undefiled bride, while condemning the girls for sexualising themselves as available to the boys by their dressing, and by the way they interacted or played with the boys. In another story, a university girl is lured into the apartment of a boy whose advances she had previously turned down. She is raped and threatened to silence for playing ‘’hard to get.’’

The dangers of these kinds of behaviours are that they trample on women’s freedom as women are burdened to protect themselves from abuse. Women are also less likely to report abuses so as to avoid public scrutiny, thus continuing this cycle of abuse. It also reinforces patriarchal structures put in place to benefit men. This power imbalance also causes a sort of neglect for men who are abused, as cases of women as perpetrators of sexual abuse is mostly ignored since men are regarded as the dominant of the sexes.

On the streets, most women admit to knowing at least one girl that was sexually molested, but no man admits to knowing a rapist. Women have accustomed themselves to mentally avoiding situations that would make them supposedly prone to assault. But statistically, only 19.5% of sexual abuse cases are perpetuated by strangers.

A group of strange boys once walked behind me one late afternoon as a serving corps member up in northern Nigeria. One of the boys crudely slapped and grappled my buttocks while his friends laughed about how tender my behind felt to his touch. Here’s the shocker, I wasn’t walking alone, the gentleman walking beside me couldn’t possibly chase after them as they casually crossed to the other side and I stood, still petrified.

I knew that if we reported, the authorities would blame me for dressing “indecently” in conservative Katsina state and carry on the nonsense notion that if the victims covered themselves, they wouldn’t be molested. But I wasn’t dressed indecently. I wore, as I am accustomed to, denim trousers and an oversized t-shirt.

The truth, however, is that assault has nothing to do with how the victim is dressed but how the abuser is aware that he is the dominant party in the situation: he as the predator, and the victim as the vulnerable, the prey. With that, he could act with impunity.

When I was 17 years old, I visited a boy who I had met some months before while writing external examinations. As I arrived at his house, his friends left the apartment one after the other until there were just the two of us left. I kept thinking as he attempted to forcefully have his way how bystanders would accuse me of asking for it for visiting a stranger in the first place. But he wasn’t a stranger, he was an acquaintance.

Another argument could also be that I gave consent by visiting this boy. But that is also another redundant argument, as consent has to be clearly communicated, specific, freely given and can be reversed at any time. Also, as a minor, I couldn’t possibly have given consent. Even though the legal age for consent is 18, the typical African wouldn’t really consider a 17-year-old a child that couldn’t give consent, right? Yet every now and then on the news is a young 10- to 15-year-old raped by an uncle, father, or some other relative.

It begins with significantly taking action against sex offenders. The abusers are not ferocious beasts incapable of using their senses. Boys should be educated about sexual assault and consent, and not excused on grounds of their raging manliness.

The Nigerian writer, Chika Unigwe, claimed in an online post that the ICIR reports that in Nigeria, there were 65 rape convictions between 1973 and 2019, 13 of which took place after 2015. South Africa has one of the highest cases of sexual violence around the world. Between July and September in 2021 alone, South Africa recorded nearly 10,000 rape cases. During the pandemic, Kenya’s Ministry of Health reported a minimum of 5,000 rape cases in the country, 65% of which involved minors.

This begs the question: if this alarming amount of assault occurs in Africa, why are matters surrounding abused hushed, toned down, or completely ignored?

When a person reports an abuse, it’s only right to not shame the victim or quickly dismiss their story as this would encourage more victims of abuse to speak up. With action, rape culture can become another history we have progressively done away with.