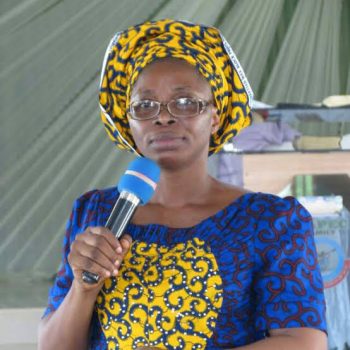 Mummy G.O Saga: What Can We Learn From It?

The most recent sensation to trend on the Internet is Evangelist Funmilayo Adebayo, popularly referred to as “Mummy G.O” with her numerous tales of having dined with the devil, and preconditions for which God will send people to hell…

On January 4th 1987, the American Televangelist, Oral Roberts, told his congregation that a 900foot-tall Jesus appeared to him and threatened to kill him if the congregation did not donate $8million for him to complete his mission hospital by March 31st that year.

Robert’s claim sparked off one of the most uproarious controversies in Christendom at the time. Many media outfits wrote against his claim, clergymen from other denominations spoke against it, and a horde of sceptics descended on Roberts for making such a claim. Roberts, shortly after, appearing on his son’s television show, the Richard Roberts show, said he had been seriously affected by how everyone had lashed out at him. This time, he claimed the devil came to him and held his neck before he called out to his wife for rescue. Then still holding on to his earlier claim, he expressed faith that, come March 31st, he would live. And indeed, he hit the $8million mark.

Many Nigerian Christian ministers certainly did learn a lot from Oral Roberts. It is no surprise that Roberts, one of the foremost televangelists, is also widely regarded today as the father of prosperity gospel, a very popular brand of preaching among Nigerian pastors. But what is even of a higher curiosity are his claims of being in contact with the supernatural world; encountering Jesus on one hand, and Satan on the other.

Also is his sensational style of preaching where on television, he appeared to heal many sick people, a spectacle which eventually became the bedrock of his ministry.

There have over the decades been many Nigerian pastors who have made an impressive following and built a religious empire following in Oral Roberts’ footsteps. Like in every endeavour, though, some of them have been more brilliant at it than others.

The most recent sensation to trend on the Internet is Evangelist Funmilayo Adebayo, popularly referred to as “Mummy G.O” with her numerous tales of having dined with the devil, and preconditions for which God will send people to hell. She is the founder of the Lagos-based Rapture Proclaimer Evangelical Church of God

In some of her videos, she has been seen to claim that people will go to hell for wearing jeans, being football lovers, barbing skin cuts, etc.

And even though she has denied saying these things in an interview with BBC Pidgin, some of these videos have since gone viral on social media. Afterwards, the ever-goofy Nigerians on social media had begun to make memes of equally and even more ridiculous equivalents of what could take people to hell. The jokes and prophetic derivatives by social media users has now become a form of satire, and relays how outlandish and laughable most of Mummy G.O’s claims are.

Evangelist Funmilayo Adebayo is however only one out of the many members of the clergy who regale their members with similar tales. The difference, though, is that there are those who do a better job in the way they pass across their message, and some who know where to draw the line between what could be perceived as fact and what can be seen as fiction. There are many T.V shows in Nigeria where demons are reportedly cast out from people, where the blind are made to see, where the lame are made to walk, and all sorts of supernatural miracles “performed.”

There are also times when scandals have broken out and the “healed” have come out to confess that the miracles were not real, and that they were paid for their performance. Of course, these churches often outlive the scandals which occur in them.

Nigerian Christianity, to a large extent, has an element of the fantastic attached to it. The Nigerian brand of fundamentalist Christianity seems to be dyed-in-the-wool to the concept of the fantastical, guilt-tripping and beliefs sometimes lacking in critical thinking. The messages by many members of the Nigerian clergy are almost inseparable from elements of mere performance and conscience-preying.

Pastors are either asking the congregation to pay tithes because one who doesn’t do so will not enter into the kingdom of God since the Bible labels such a person a thief. But they never talk about the part of the Bible in Deuteronomy 14:22-29 which says one could use their tithes to take their family on picnics and give to the Levites. They ask their members to not adorn themselves with jewelries, makeup or perfumes for the fear of hell, forgetting the part of the Bible where Jesus allowed a woman to anoint his leg with expensive perfume.

This largely boils down to Nigerians, and who they are. Nigerians are people who expect miracles. Generally, they are not people given to scientific inquiry, and are largely lacking in the capacity to question things. The reason a lot of people sit down and listen to Mummy G.O is not so far-fetched from the reasons the majority of the demographic listen to politicians reel empty promises every four years; why they buy empty promises to an uncertain future instead of scrutinising the present.

Organised religion evolved in most human civilisations because of a deeper yearning for hope beyond what is immediately available. But on the flipside, the kind of Christianity Adebayo and the people who have come before her have propagated is the kind which only arouses the fear of hell. They avow a religion which reduces the quality of life of its adherents by taking away their desire to live their lives to its fullness, and worry about imaginary punishments because of trivial things like their choice of clothing among other human failings.

Ridiculous as some of these doctrines sound, in Nigeria, there is the tradition, a flawed system of reverence, which discourages its people from  questioning them. Clergymen have abused their members and gone scot free and have even been defended by the church. In early 2006, a certain Reverend King was convicted for setting his members ablaze. Although he had been doing it for a while, it eventually broke into the media to more shocking revelations.

The Evangelist Funmilayo Adebayo scenario, is therefore, for the sake of clarification, nothing new, and not more ridiculous than what many Nigerians now ridiculing it on social media grew into in their various childhood churches. It has only become a satire because it went viral on social media.

As recently as the 1990s, members of the Deeper Life Bible Church were disallowed from using television sets or technology of any kind, and the television was popularly referred to as “The Devil’s box.” Over the decades, the church has slowly rescinded many of its doctrines for which so many of its members were penalised in the past, doctrines for which parents refused their children marrying their chosen spouse.

Recently, the church has even become more radical in its reformation, causing an uproar in the church with many of its members thrown into an ideological crisis and forced to feel they have lived a lot of their lives in a religious lie. Joshua Chizoma, in his piece about whether the Deeper Life Church, recounts a scenario where a lot of eyebrows were raised when in 2021, the beloved Cleric, leader, and unrepentant spartan, Pastor Williams Kumuyi, arrived an Abuja conference in a private jet.

The Mummy G.O saga is indeed ridiculous and funny, but there is really more to it than meets the eyes. It casts a portrait of a society where many are bereft of the ability to think for themselves; where, on one hand, they are held down by the anxiety to survive the present life and their churches place on them another anxiety to make it to heaven.

Elsewhere, things no less laughable than what “Mummy G.O” has said are being recounted. But because these clerics are probably better in the game, church members are made to say it in form of testimony. In a video shared on Facebook, a Lord’s Chosen member testified about controlling 16 international demons and 12 local demons before she was arrested in an attempt to attack the church with the demons.

Moreover, it is probable that the same members of the Rapture Proclaimer Evangelical Church of God are among those proliferating the memes of their leader on social media. How well would that serve for irony?