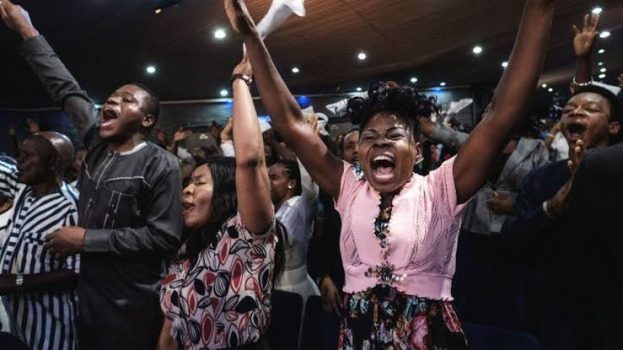 Christianity in Nigeria and the Doctrines of Modesty

Although there have been some adjustments and flexibility in the overall practices of Christianity in Nigeria over the years, standards regarding dress code have remained unchanged….

Christianity is the religion of Christ Jesus, no doubt, and its doctrines are hinged on the conversion of votaries of other religions to its fold. However, Nigeria as a country, has its peculiarities, and these peculiarities have shaped the theologies and doctrines of churches which now tilt towards different directions. These doctrines have led to the promulgation of certain non-negotiable standards with strict requirements, especially for young people.

Some of these strict rules centre on dress codes, especially for women, as their bodies are presumed to lure men to sin. These codes include the non-usage of earrings as well as mandatory covering of hair. Women cannot wear trousers within and outside church gatherings.

They are also mandated to abstain from specific haircuts and hairstyles regarded as demonic, and so many others. These standards are sacrosanct in the various denominations that uphold them all around the country.

Over the years, many Nigerian preachers have come out publicly to emphasise on the need for women to abstain from the aforementioned. Mr. Obed Luka took to his Facebook page to caution women to refrain from wearing makeup, wearing trousers, rings, low haircuts and fitted clothes that expose their shapes, all of which he referred to as things capable of defiling them.

Recently, a video of a woman who claimed to have had a divine visitation from Jesus Christ about the non-use of trousers, makeup and jewelries garnered much traction. In the video, she referred to weave-ons and wigs as the “head of the dragon.” She mentioned that red lipstick was made from the blood of people who died by accidents, and that jewelries for men and women alike were idols. She sounded a note of caution about the damnation that accompanied such immodest lifestyles.

These rather ridiculous claims left many Nigerians talking. It is not newsy that most lipsticks are made from three basic ingredients: wax which provides the shape, oil such as petroleum, cocoa butter etc., and pigment for colour. There is no denying that these claims, and many others like them, have left people confused and have led members of these churches into viewing their highly esteemed church rules with skepticism.

The founder of Deeper life Bible Church, Pastor Dr. W. F. Kumuyi, stands vehemently against the wearing of trousers, makeups, weave-ons, wigs and jewelries. He has mentioned on many occasions that women who put on these things are sinning, acknowledging Deuteronomy 22:5 which advises against women wearing clothes meant for men.

The rules of this church are undoubtedly set in absolute terms. Although there have been some adjustments and flexibility in the overall practices of the church over the years, standards regarding dress code have remained unchanged.

Mountain of Fire Ministries (MFM), led by Pastor Dr. K. O. Olukoya frantically shuns any form of flamboyancy in and outside the church. As part of the war against indecent dressing, the church does not allow the use of trousers and skimpy dresses. Ladies are mandated to cover their hair during church services.

The lead Pastor categorically stated that such practices are traceable to satanic manifestations, and anyone who is incapable of staying by these rules should move to other churches where they can do so. Members who were resolute about wearing trousers to church services have faced untold embarrassments and were turned back from attending the services.

The Lord’s Chosen Charismatic Renewal Ministry denounces same. The founder of the ministry, Pastor Lazarus Muoka, have cautioned ladies against extravagant and immodest dressing habits which he says will lead them to hell.

In contrast, there are several churches who do not hold such beliefs. The Commonwealth of Zion Assembly (COZA) founded by Rev. Biodun Fatoyinbo sees nothing wrong with women and men who wear these things. As a matter of fact, the wife of the lead Pastor wears trousers, jewelries, makeup, hair extensions and other fashion items believed by many to be sinful.

Another typical example is Christ Embassy also known as Believers’ Love world, a more modern, neocharismatic ministry. The founder, Pastor Chris Oyakhilome has countlessly addressed the controversies springing daily regarding women wearing trousers. He pointed out that wearing these things is a matter of choice, and it cannot take anyone to hell. Consequently, many churches have criticised his members for engaging in what they believe to be worldly practices, ranging from using hair extensions, women donning trousers, possession of expensive properties, and the permed hairstyle of the founder himself.

Admittedly, some of these rules are ludicrous and absolutely unbearable especially for people who did not grow up doing those things. The fear of exclusivity has kept many of their members in a pickle, constantly entreating the church for validation of their faith. Information and perception overload has left many confused, and have continued to keep them in the cycle of debate whether or not these practices are sinful.

The lenience granted by some churches to their members to appear in their desired decent clothes is considered by other churches who preach against them to be indiscipline and a practice of whoredom, consequently, keeping Nigerian religious denominations on parallel divides.

How do people who have claimed to have angelic visitations come up with unsubstantiated tales and throw them at a rational public for acceptance? How long will the members of these churches who shun these practices hold? In the secular community today, a woman who does not wear trousers is considered to be out of fashion. With designers making several variations of dresses for women it makes it nearly impossible for the younger generation in these churches to resist the urge to wear them.

It’s easy for African Christians to accuse Christians from the global West of misleading our own into sinning by wearing “improper” clothing, hair extensions and makeup. It is time for the African Christian community to move on with the new times, while still maintaining modesty. Pointing accusing fingers at women who wear trousers or jewelries, and referring to them as sinners, is mere religion, and does not exist in the Bible. Whatever is not consistent with the Bible is mere human philosophy and unfit for general doctrine.

Churches, like any other corporate organisation or institution in Nigeria, have their modus operandi and the right to promulgate laws that will govern dress codes for its members. These modifications, understandably, are designed to uphold moderation and decency. This can be met while still being fashionable and trendy. The claim that people who wear these things are headed for damnation is ridiculous and unacceptable. While modesty will always be emphasised, it is best for Christians to stay in churches where they fit in and are accepted.