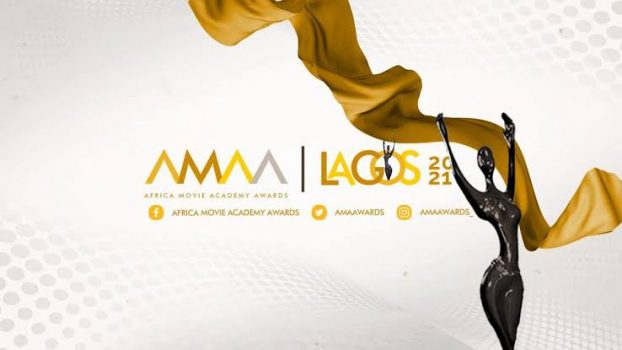 AMAA 2021 Awards: A Breakdown of the Wins and the Winners’ Losses

Afrocritik presents a breakdown of AMAA 2021 awards winner in each category and the losses suffered by said winners, country by country.

The Africa Movie Academy Awards (AMAA) has been around since 2005 when it was founded as a reward and recognition platform for filmmakers across Africa. On its roster this year, for the 17th Africa Movie Academy Awards, is a number of impressive films, some of which have enjoyed critical international acclaim for their excellence. When the nominations were announced on the 26th of October, 2021, we brought you a guide to all the nominated feature films from Nollywood. The 28th of November, 2021 witnessed the AMAA Ceremony and the announcement of the 2021 winners.

This time, Afrocritik presents a breakdown of AMAA 2021 awards winner in each category and the losses suffered by said winners, country by country.

This AMAA season, Somalia is the best winner with its entry “The Gravedigger’s Wife” winning five awards out of ten nominations. A romantic drama about the lengths people go for love, this film had its premiere at the Critics’ Week of the prestigious Cannes Film Festival before being screened at the Toronto International Film Festival, receiving glowing reviews from critics.

Somalia’s only winning film at this year’s AMAAs, it won the most coveted award, the Award for Best Film, beating the other nominated films from seven countries, including its closest competitor, Nigeria’s “Eyimofe (This Is My Desire).” It also received the awards for Achievement in Makeup, and Achievement in Production Design. The film’s director, Khadar Ahmed, won the Ousmane Sembene Award for the Best Film in an African Language while its leading man, Omar Abdi, emerged the Best Actor in a Leading Role.

“The Gravedigger’s Wife” has been submitted for the Best International Feature Film at the 94th Academy Awards (the Oscars), making history as Somalia’s first entry to the Oscars.

Nigeria might not have won Best Film, but she definitely recorded the most wins this AMAA season, with eleven awards for six films, including the Jubril Malafia Award for Best Animation won by “Lady Buckit and the Motley Mopsters.”

As expected, Nollywood’s biggest winner is “Eyimofe” which won five awards out of its seven nominations. A story about the desperate hunger of the average Nigerian to emigrate out of the country and escape its harsh realities, the film premiered at the 2020 Berlin International Film Festival 2020 to critical acclaim and was officially selected to be screened at several international film festivals in seventeen countries, winning several awards.

At the AMAAs, “Eyimofe” beat “The Gravedigger’s Wife” to win the Awards for Achievement in Sound as well as Best Director, and Best First Feature Film by a Director — the Esiri brothers bagged the latter two awards for “Eyimofe.” The film also won the Awards for Achievement in Editing and the National Film and Video Censors Board (NFVCB) Award for Best Nigerian Film. To be fair, the NFVCB category is the reason “Eyimofe” was able to tie with “The Gravedigger’s Wife,” and it must be said that if there were a Best Somali Film category within the AMAAs, the latter film would have surpassed the former in number.

Next in line for Nollywood is “Collision Course” which won two out of its four nominations. For this film, Kelechi Udegbe took home the award for Best Actor in a Supporting Role. The film itself won the award for Achievement in Screenplay, but lost the NFVCB Award for Best Nigerian Film to “Eyimofe.” Big Brother Naija’s Oluwabamike Olawunmi-Adenibuyan (Bam-Bam) lost out on the award for Best Young/Promising Actor, to Wilmah Muremera for Zimbabwean film “Shaina.”

As for “Citation,” it beat “The Gravedigger’s Wife” to bag the Award for Achievement in Soundtrack; but it lost the NFVCB Award for Best Nigerian Film to “Eyimofe,” and Ini Edo lost out on Best Actress in a Supporting Role to Namibia’s Hazel Hinda for “Hairareb.”

Finally, nominated only for the Michael Anyiam Osigwe Award for Best Film by an African Living Abroad, “Blackmail” won its only nomination. Consequently, like “Lady Buckit and the Motley Mopsters,” “Blackmail” recorded no losses.

All of Nigeria’s winners were previously discussed in Afrocritik’s guide to the nominated feature films from Nollywood.

Its lead actor, Gary Green, also lost Best Actor in a Leading Role to Omar Abdi for “The Gravedigger’s Wife” while Kruger was beaten by the Esiri brothers for Best Director and Best First Feature Film by a Director.

South Africa’s second contender, “African American,” is a film about a South African woman who embezzles funds from her workplace and abandons her fiancé to move to New York City, where she is an unwelcome stranger, in hopes of pursuing her Broadway dreams.

The film won the award for Achievement in Costume Design, but lost out in the three other categories in which it was nominated, including Achievement in Sound which it lost to “Eyimofe.” Phumi Mthembu lost the Award for Best Actress in a Leading Role to Uganda’s Joan Agaba for “Stain” while Muzi Mthembu, like Ryan Kruger, missed out on the award for Best First Feature Film by a Director won by the Esiri Brothers for “Eyimofe.”

Joan Agaba’s impressive win as the Best Actress in a Leading Role unsurprisingly made headlines. She did beat previous AMAA winners, Funke Akindele-Bello and Rita Dominic, to clinch the Award.

But she was Uganda’s sole winner for a feature film, as Uganda’s only other win was in the Ebere Ozako’s award for Best Short Film category won by the short film “Meat.”

“Stain,” the film for which Agaba won her award, was nominated in six other categories. “Stain” lost Best Film and the Ousmane Sembene award for the Best Film in an African Language to “The Gravedigger’s Wife,” and the awards for Achievement in Visual Effect, Cinematography and Screenplay to “Fried Barry,” “Ayinla,” and “Collision Course” respectively. And, of course, director Morris Mugisha missed out on Best Director, thanks to the Esiri brothers.

Like South Africa’s “Fried Barry” and Uganda’s “Stain,” Namibian film “Hairareb” had seven nominations but took home a single win. Hazel Hinda emerged the Best Actress in a Supporting Role, beating Ini Edo from “Citation.” But the film lost the Awards for Best Film and Achievement in Sound to “Eyimofe,” and for Achievement in Screenplay to “Collision Course.”

Its lead actor and actress, David Njavera and Claudine de Groot, were both nominated for Best Actor and Actress in a Leading Role respectively, but lost to Omar Abdi for “The Gravedigger’s Wife” and Joan Agaba for “Stain.” The director, Oshoveli Shipoh, was one of the many directors who could not beat the Esiri brothers for Best Director.

Nominated in two AMAA categories, Zimbabwe’s “Shaina,” is a USAID-supported film about a teenager and her group of friends facing challenges to life and friendship. It is an awareness film aimed at spreading health messages, and it was well-received and nominated for the Peabody Awards for Public Service. Her first film role, Wilmah Muremera’s performance as the lead earned her the award for the Best Young/Promising Actor, leaving Oluwabamike Olawunmi-Adenibuyan (Bam-Bam) empty-handed. But Director Beatrice Masvaure Alf was yet another victim of the Esiri brothers.

Last but not the least (since several countries from Tunisia to Niger did not even win any award at all), Kenya almost fell out of the AMAA 2021 race completely, with none of its feature films winning any award. But it was saved by the documentary, “Softie” which won the Best Documentary this AMAA season.

“Softie” documents the journey of activist, Boniface “Softie” Mwangi, in his campaign for political office.

In four categories, AMAA recognises African diaspora filmmaking excellence. This year, Haitian film “Three Leaves” is the Best Diaspora Short Film; US documentary, “African Redemption: The Life of Marcus Garvey,” is the Best Diaspora Documentary; and US narrative feature “Ride Share” is the Best Diaspora Narrative Feature. “Blackmail” has been mentioned before as a Nigerian winner, but it also deserves mention here since its director, Obi Emelonye, (who lives in the UK) is the beneficiary of the Award for the Best Film by an African Living Abroad.

As remarked earlier, wins and losses are fortunate or unfortunate, depending on one’s loyalties. But a nomination is a huge feat in itself. It is a thing of joy to acknowledge, celebrate and reward the creativity and hard work of African film makers. And it is even particularly impressive to see a sizeable number of new directors shining for their very first films.

The Esiri brothers might have won the award for the Best First Feature Film by a Director, but four other first-time directors (Khadar Ahmed for “The Gravedigger’s Wife,” Ryan Kruger for “Fried Barry,” Muzi Mthembu for “African American,” and Beatrice Masvaure Alf for “Shaina”) had their first films win in at least one category this year. Between this fact and the international recognition earned by the top-winning films, there is no gain saying that this year’s AMAA winners are a testament to the great quality of the new crop of filmmakers coming up in the motherland.