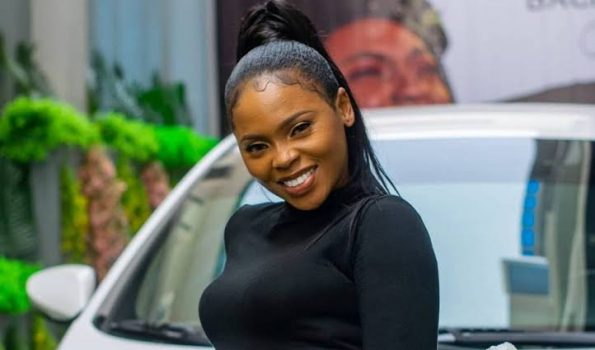 Several things work to Chidinma Ekile’s advantage and will perhaps ensure she survives what might easily have become career suicide. For one, she is not a newbie in the entertainment industry….

Perhaps the most dramatic thing to have happened to singer Chidinma’s career was the 360-degree turn she made from secular music. The shock value was mostly due to the fact that few artists muster the umbrage to make a departure from their familiar paths, especially if this familiar path appears profitable. Several months down the line and a full gospel album later, how far has Chidinma Ekile fared?

Born in 1991, Chidinma became popular after winning the third season of the MTN-sponsored singing reality show Project Fame West Africa in 2010. After the show, she released an eponymous debut solo album titled “Chidinma.” Singles from the album include “Jankoliko,” “Carry You Go,” and the widely successful “Kedike.” Other notable releases by the artist include “Emi Ni Baller,” which had Wizkid lending his vocals to the remix.

Chidinma may not have been an A-list artiste, but she enjoyed moderate success. “Kedike” and “Fallen in Love” have millions of views on YouTube. She performed with Dr. Sid at the MTN Power of Ten Concerts, touring ten Nigerian cities. She also performed at the Guinness World of More Concert alongside P-Square, D-banj, Wizkid, Ice Prince, Burna Boy, and a host of others.

She was nominated for, and won, quite a number of awards, including the hotly-contested 2013 KORA awards, trumping acts like Omawumi in the process. She was not up there with the greats, and her career was far from being amazing, but she was no pushover, either. If anything, the odds were in her favour.

She was less than 30, had a great singing voice and an alluring persona. The chances that she would meet mainstream success along her path were quite high. But then she suddenly changed gears, ditching secular music totally.

On 2 May 2021, which coincidentally was her 30th birthday, Chidinma announced in an Instagram post that she was quitting secular music. In the post, she says, “My name is Minister Chidima Ekile. I’m a crusader of the gospel of Jesus Christ.”

The post came after her hiatus from the music scene and from the public. It was not immediately obvious why she had to make such a dramatic switch, and the media was rife with speculations concerning the root of her actions and what it portended for her career. Twitter was a hotbed of opinions and “Chidinma” was the number two trending topic on the platform. Expectedly, Christians lauded the development.

True example of I'll keep chasing after you.
I'll never leave you

However, some other social media users felt that the move was only her ploy to revive a fledgling music career.

Ministering at Enthronement Assembly sometime after her big reveal, Chidinma  stated that the transition was not for her want of fame, but rather that she was on a mission to do the work of the Father. “He is the one who has called me. I did not bring myself here,” she said.

Even though she may not have intended it, her transitioning seemed to suggest that Christianity and secular music were mutually exclusive. There was the subtle hint that Christians cannot exist in the secular music space, as though secular music automatically equates to songs that offend or conflict with Biblical principles. If that is the case, what about Christian artists like Timi Dakolo, Nosa, Johnny Drille, and even Banky W, who do not sing gospel songs, strictly speaking?

Are they any less valid, or is their Christianity less authentic? Well, these questions might well be academic inquiries as no satisfactory answer might be obtainable.

Chidinma subsequently signed on to Eezee Conceptz, the foremost gospel music label in Nigeria at the moment and home to gospel stars such as Mercy Chinwo, Judikay, and GUC. She released a single under the label titled “Jehova Overdo.” She followed this up with a gospel EP titled “New Season.” The EP boasts of songs like “Jehova Overdo” and “Ka S’Oba Bire,” as well as others such as “This Love,” “Lion and the Lamb,” and “This Love” (French version) all produced and directed by Eezee conceptz. She also had a collaboration with mega gospel band, The Gratitude.

There is no denying that it must have taken courage to make a U-turn as Chidinma did. Hers was like swimming against the tide: gospel musicians typically go secular rather than the other way around. But even more so, the move elided many perks from the secular music industry, including the possibility of making more money. The gospel music industry in Nigeria does not give artistes the same level of exposure, fame, and, by extension, money that their equally successful secular music counterparts seem to enjoy.

But her courage aside, and whatever her intentions are, she is still an artist in an industry where relevance decides success. No brand will sign artistes with fading glories, and even veterans like 2Baba keep releasing hits in order to be taken seriously, and to survive. Even though Chidinma’s move, from all indications, is personal, it is still imperative to ask how commercially viable her brand is at the moment, particularly as she continues to release songs.

Several things work to Chidinma’s advantage and will perhaps ensure she survives what might easily have become career suicide. For one, she is not a newbie in the entertainment industry. Although, of course, she may not have a firm grasp of the workings of the gospel music industry, she at least understands how the Nigerian music industry works generally. It would not be entirely difficult for her to find her bearing. Additionally, she already has some notoriety, a fan base from her days on MTN Project Fame and afterwards.

Admittedly, even though some fans cut ties with her after her conversion, her association with an already popular brand such as Eezee Conceptz has done her a world of good.

However, the biggest decider of her survival will be the quality of songs she releases. Whatever an artist’s antecedents are, great releases can get them on the good side of music fans.

Unfortunately, Chidinma seems to be slacking here. Her songs are not gaining traction or momentum as they ought to. “Jehova Overdo” is the biggest track from the album, with over 15 million views on YouTube.

This is no doubt in part because it was the first single she released after the transition, and people were curious about this path that she had taken. Other songs struggled to cross the one million mark, with “Ko S’Oba Bire” now at the  1.3 million views mark on YouTube.

Even in the Christian community, her impact is not felt so strongly at the moment. Gospel artists often make huge sums performing at church programmes, with the biggest stars getting back-to-back invitations. However, this has not been the case for Chidinma. Many might still consider her to be a baby Christian, with a lot to learn before ministering to people herself.

It is perhaps too early to call, but Chidinma’s foray into the gospel music scene is taking its time to pick up. Of course, she had said that she was not interested in fame, and rightly so. However, the fame, if it should come, would not be because of her but would be a validation of the person whose instruction she was heeding. The essence of her current music, even through music, is to convert souls to the Christian faith.

However, one cannot argue that it makes for a powerful testimony that she crossed genres and still maintained success. One cannot dispute that God is able to make that happen. We wait and hope that this is her testimony. Or not.