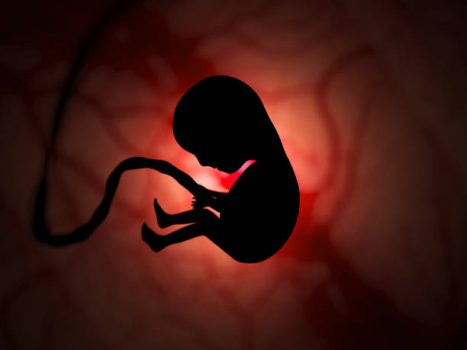 The Significance of the Placenta in African Cultures

…traditional African practices may appear to be rooted in superstition, the reverence given to the placenta in African cultures and even beyond, cannot simply be denied…

The placenta is a pancake-shaped organ which develops during pregnancy, beginning its growth in the fourth week. During abdominal ultrasounds, the placenta, connected to the growing foetus through the umbilical cord, may be seen to be attached to the top, bottom, side, back or the front of the uterine wall.

The organ has a most crucial function, as it is what keeps the baby alive throughout the duration of the pregnancy. Not only does it deliver required nutrients, as well as oxygen to the developing baby, the placenta also filters out potentially harmful substances, and removes waste products, as well as carbon dioxide from the blood of the baby. Furthermore, the placenta is responsible for the production of necessary hormones, such as progesterone, oestrogen and lactogen, and it ensures that the blood of the mother remains distinct from that of the baby, so as to prevent infections from spreading to the baby.

It is also through this essential organ that the baby receives antibodies for its protection after birth.

Given the great significance of this organ during pregnancy and its close relation to the baby, it is no surprise that the placenta, though simply dismissed and discarded as biological waste in some cultures, is considered sacred and given much reverence in many African traditions.

In the Ijaw tribe of the South-South region of Nigeria, for instance, the placenta is not simply put away like common hospital waste. In the past, this crucial organ was planted along with plantains, as it was believed that while the plantains grew healthily, so did the child. In relatively recent times, the organ is buried deep in the earth, so that it becomes one with the soil, thus preventing those with ignoble and evil intentions from having access to it, for it is believed that the placenta, being so connected to the baby during pregnancy, can be used as a means of disrupting its destiny or preventing its mother from subsequent conception.

Similarly, some communities in Northern Nigeria, while referring to the placenta as the “traveling companion” of the baby, as it is said to accompany the child from its previous realm to the one in which it is born, also ensure that the placenta is given a proper burial at a far distance from the home of the child, because it is believed to be connected to the mother, in that it is tied to her future conception and must be hidden from those who might wish to prevent her from bearing more children.

Amongst the Yorubas of South-West Nigeria, the placenta is regarded as the beginning of life and must be protected for the safety and security of the child and its future. This organ must be buried by the father or a close relative of the mother, and the grave in which it is placed must be deep and covered up properly so as to prevent it from being dug up and consumed by carnivorous animals, as such a thing is perceived to be a bad omen, in that the life of the child might be blighted by this act.

As a matter of fact, it was highlighted in a 2019 article by Agency Report, that it is common amongst these people to say to a badly-behaved or troublesome person, “se aja gbe ibi omo e je?” which translates to: “Did a dog eat up your placenta?”

In this same Yoruba culture, it is said that the placenta, which is referred to as ibi meaning “the world is a vicissitude of good and bad” is the bad counterpart of the baby, who is the good. And while the “good” is taken home, the “bad” must be buried, as one cannot take into one’s home that which is not good.

The Igbos of the South-East, on the other hand, dispose of this sacred organ by burying it underneath a fruitful tree. The tree is, then, considered the child’s tree and is said to bear fruit according to the child’s successes throughout its lifetime. This act, carried out primarily by the mother, is also believed to bind the child to the earth and to that place of significance in its community.

In a 2019 article, Dr. James O. James, a Christian preacher, claimed that the spiritual perception of the placenta is that it is the duplicate of the baby, and while the placenta is physically separated from the child, spiritually, they remain together. Thus, whatever is done to the placenta also affects the child. Using Biblical scripture to back his points, Dr. James offered a list of things which the placenta may be used for by those with evil intents, including manipulation and destruction of destinies.

Other African cultures such as the Kenyan Luo culture, for example, believe that the placenta of a male child is to be buried on the right side of his mother’s house, whereas the placenta of the female child must be buried on the left. In a 2008 article, it was stated that this practice is linked to the cosmological and symbolic system of the Luo, in which the right side relates to authority and permanency (boys carry on patriarchal authority in the family), whilst the left side signifies vulnerability and impermanency (girls are impermanent members of the community, as upon marriage, they leave the family).

The same article highlighted the practice of some South African women which involves leaving certain pieces of the placenta and umbilical cord to dry in the sun for the purpose of making muti, believed to restore or encourage fertility in infertile women and ensure congenital bond between siblings.

In some parts of Ghana, the placenta is considered the dead twin of the living baby, and is given full burial rites near the family home. Whereas in other parts of the country, it is believed that if the placenta is not buried in the proper manner, the child will grow to be rebellious and headstrong.

Interestingly, the placenta is said to have the same genetic material as the baby, and is delivered in the same manner as the baby. According to a 2020 article by Mayo Clinic, if a baby is delivered vaginally, so is the placenta, during what is referred to as the “third stage of labour.” This third stage involves mild contractions which may cause the mother to require medication known as oxytocin to reduce postpartum bleeding while ensuring continuation of the uterine contractions. And where a baby is delivered via C-section, the placenta, like the baby, is extracted from the uterus during this surgical procedure.

While these traditional African practices may appear to be rooted in superstition, the reverence given to the placenta in Africa and even beyond, cannot simply be denied. It is, thus, clear that the placenta cannot and should not be so easily dismissed as medical waste, as there might indeed be more to this organ than meets the eye.