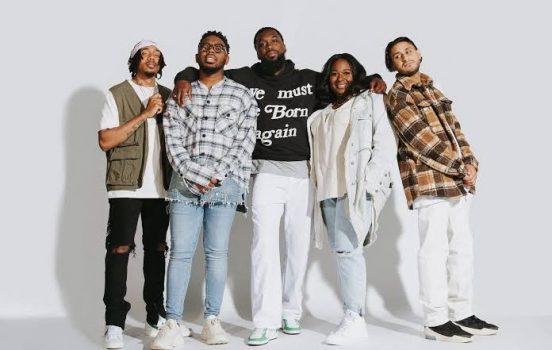 There is a deliberateness with which the group goes about its mission to create spaces for the marginalised. This culture is sewn into the fabric of the group, and is a favorite refrain for members…

It is inconceivable what the Christian experience would be without music. Music is a universal language, obliterating lines, arbitrary or deliberate, that divide the world’s countries. Gospel music achieves this aim, specifically for Christians. Thus, gospel artists, especially those who are consistent in delivering soul-lifting harmonies from time to time, are often revered. But in some cases, gospel artistes achieve a special status by managing to entrench themselves in our consciousness by churning more unique musical outputs beyond the regular spirit-moving melodies. In even fewer instances, these artistes join to form a band. One of such audacious bands is Maverick City Music.

Maverick City Music is a contemporary American Music collective and record label founded by Jonathan Jay and Tony Brown in 2018. Before then, the duo had been part of a band called House Fires, and had written very popular songs, including “Good Good Father” and “Build My Life.” They had also hosted several songwriting camps for hundreds of Christian artistes and songwriters, creating a community of Christian worshippers this way. During this period, they noticed a gap in the Contemporary Christian Music (CCM) industry. They could see that there wasn’t diversity, that the highly competitive industry did not let newbies thrive, especially those from cities like Atlanta. In a bid to create a safe space for these artistes, Maverick City Music was born. Prominent members of the band include Dante Bowe, Chandler Moore, Naomi Raine, Joe L Barnes, Brandon Lake, amongst others.

Since 2020, Maverick City Music has become a household staple. Their songs enjoy massive airplay globally, and their videos have received millions of views on YouTube. They have also garnered multiple music awards, including the Dove awards, Billboard Music Awards, Stellar awards, and others. Such is their influence that they are getting attention even outside the core Christian circles. For instance, the group held a worship session with pop star, Justin Bieber. Similarly, Shawn Mendes has also openly spoken about the group’s impact on him. Listening to the songs, he said, felt like home.

Maverick City Music artistes are an eclectic bunch with diverse sounds. In an album, you could find a mix of R&B, funk, Caribbean, and even hip hop. It is impossible to box their sound, because as Naomi Raine puts it, “church looks like more than one thing.” However, you cannot also help but recognise the heart and spirit that suffuse these melodies. The artists are core worshippers and have no songs that edify the flesh and leave the soul parched. Their lyrics are biblically-based, spirit-filled while being aurally appealing.

Little wonder then that their music has become a staple for Nigerian Christians, especially young people. You will be hard-pressed to find a young Nigerian Christian who does not know at least one of the group’s songs. Even members of the older generation are able to overlook the fact that some of the male band members wear earrings, braid their hair, and that the group’s women wear trousers and leave their hair uncovered, all of which are practices unacceptable in mainstream unorthodox Nigerian Christian circles. This is because a pure sound meets no resistance.

The group takes pride in the place they occupy in the gospel music industry. Headquartered in Atlanta, a majority-black city noted for drugs, gang rivalry, and violence, Maverick City Music is a beacon, a shout of hope in a dreary land. There is a deliberateness with which the group goes about its mission to create spaces for the marginalised. This culture is sewn into the fabric of the group, and is a favorite refrain for members. On its website, it states that it caters to the “community of creatives pushed to the outskirts of the industry of Church music.” As Chandler Moore said in an interview, Maverick City is “a place for the unmanicured, a space that is breaking the lines and breaking walls down for people who have been pushed aside.”

Maverick City Music is more than just a band. The band carries out prison reforms and outreaches, after-school programmes, and provides entrepreneurship and mentorship sessions. Beyond that, the group is known to use its platform to make bold political statements. On June 18 2021, Maverick City Music released the Juneteeth edition of its Jubilee album in commemoration of the Juneteeth celebration in the United States. Juneteeth is a national holiday in the United States that marks the end of slavery in the country. The track that perhaps embodies the spirit of the album is the titular song from the original Jubilee album which references the Jewish Jubilee celebration instituted in Leviticus 25. Jubilee is celebrated every 7 years. On the fiftieth year, after seven cycles of seven years, all mortgaged or leased lands are returned back to their owners, and slaves are set free. Thus, this song by Maverick City Music is about liberation, about forgiveness and of season’s changing. Speaking about the song and the making of the Juneteeth album, Naomi Raine, one of the featured artists on the song, stated that it was birthed as a response to the racial situation in the United States, and that the song was intended to instil hope.

The move is only so fitting, seeing as the group comprises mostly African Americans. Even after many years since the abolition of slavery, blacks still suffer vestiges of racism. The album sends a powerful message that the gospel can be used to advance civil rights, and that gone are the days when Christians were only bystanders, unbothered by political goings-on in their spaces. It also resonates deeply with Nigerians, seeing as about 3.5 million Nigerians were shipped off to work in plantations in the slave era. More so, it serves as a beacon to Nigerian gospel artists. Perhaps they could learn to employ their platforms to address challenges in the Nigerian state.
Maverick City Worship is a phenomenon, a force sweeping through Christendom. Today, the group’s songs are a big deal because they insisted on towing their own path and finding their own niche. They are a blessing to the body of Christ.

Since Hillsong Worship, it is doubtful that any music group has had such a monumental impact on the Christian faith. But unlike Hillsong, Maverick City Music is less traditional, more racially diverse, and more “woke.” If there is anything to be learned from Maverick City Worship, it is the blessedness of staying in one’s God-given path and the wonder of clinging to ideals bigger than just music.