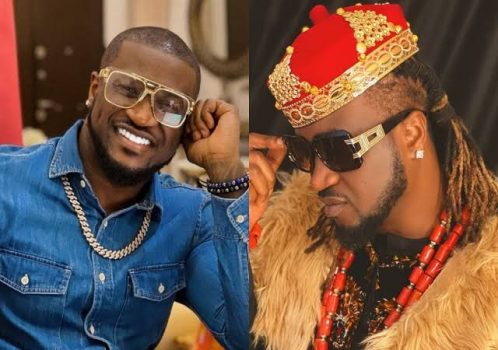 The P-Square Reunion: Is It Five Years Too Late?

… announcement of  P-Square reunion was overshadowed by Davido’s “fundraising.” To put things in perspective, Davido had not even started singing when the duo had their first hit…

Fans used to swoon seeing Michael Jackson perform. Beyonce has been known to make grown men cry simply by her presence on a stage and her powerful vocals. A few days ago, a couple became the envy of so many people worldwide simply because they got engaged in front of Adele. Such is the power of these celebrities, and the sway they have over their fans. The Nigerian situation is not so different.

However, it is not the same for duos. Admittedly, duos and bands (with the exception of The Cavemen. or Umu Obiligbo) have somehow not managed to become as powerful or even popular as individual pop stars in Nigeria. Which was why the defunct group P-Square was a unicorn. At one point, they were the only singing group that could muster the same influence, gain the same fan base, and match the popularity of any successful African performer. This was before they decided to split.

Born on November 18, 1981, Peter and Paul Okoye had an early start in music. By 1997, they already had a singing group known as the MMMPP, with several other band members apart from them. Peter and Paul were noted for their breakdancing routine styled after the dancing pattern made popular by the late Michael Jackson. P-Square, comprising only the twin brothers, was formally formed in 1999 and was under the management of Bayo Odusami.

In 2001, they won the Benson & Hedges-sponsored “Grab Da Mic” competition and had the company sponsor their debut album titled “Last Nite.” This marked their introduction into the Nigerian music scene, and things took off naturally from there. They were nominated as the “Most Promising Duo” at the Kora awards less than three months after they released their debut album, and won the 2003 Amen Award. They released a second album in 2005 titled “Get Squared.” “Game Over” followed in 2007, and is their best-selling album till date. Their last album together was titled, “Double Trouble” and was released in 2014.

The influence of the group can hardly be quantified. They were a revolution, with a distinct sound and upbeat tempo. Songs like “Do me,” “Collabo,” “Danger,” “Beautiful Onyinye,” and “Personally” were Nigerian club staples and even garnered them collaborations with international acts like Rick Ross, and Akon. It was almost impossible to hear a P-Square song and not be tempted to move your feet. Were their songs so potent? Yes and no.

If you are big on lyrics or ideologies, you could find their songs unimpressive since they sang mostly about men in penury left by women, or about women’s bodies.For a time, they ruled the airways, and even now, their songs have millions of views on YouTube. They snagged major ambassadorship deals left, right and centre. They were also reported to charge as much as $150,000 for performances. They also ventured into business together.

But they were not without controversies.

From around 2016, those in the know hinted that all was not well with the duo. They broke up at least twice, and had several reconciliation meetings. . In one of such meetings in their lawyer Festus Keyamo’s office, they almost came to fisticuffs.

But they stayed, perhaps bound by filial obligations, economic considerations, or even concerns for their teeming fans. However, the tie that bound them was loose, and just like a bad marriage, the union eventually disintegrated, leaving ashes in its wake.

One thing was clear: it was a messy breakup. Unlike the previous times when there were reports of breakups and reconciliations, Peter Okoye took things the legal way. On Thursday September 21, 2017, Peter, through Festus Keyamo, requested a dissolution of the partnership. In a tell-all interview with Premium Times, Peter, the seemingly more aggrieved of the two, laid out the events that led to the breakup, sparing nothing.

He even confirmed the speculations that his wife was at the center of the drama. He said, “I don’t disrespect my brother’s wife or his family but he disrespects mine all the time. He would insult me and my family in public, on Instagram, and the next minute he would wait for me for us to perform together. I can’t do that. One thing is for sure, I took a vow to protect my wife and kids the day I got married and I stick to that.” Paul gave a more demure version of the interview, although he was more reticent.

Upon going their separate ways, Peter Okoye rebranded to Mr. P and Paul Okoye as RudeBoy. Mr. P had an album titled “The Prodigal” as well as many singles such as “Cool it down,” “For my head,” “One More Night,” featuring Niniola and “Follow my lead,” featuring Wande Coal. Similarly, RudeBoy also had singles such as “Fire Fire,” “Reason With Me,” and “Nkenji Keke.”

Truly, as solo artists, they did not have terrible careers. RudeBoy’s song “Reason With Me” even has more than 124 million views on YouTube currently.

However, none of them came close to the magic that was P-Square. Even though they both did songs similar to what they produced as a group, something was lacking. It just did not catch on. The magic, it appeared, was in their union, and it was beyond what any one of them could muster singly.

After five years of being apart and repeated requests from fans to reunite, the group finally patched up their differences in November 2021. A few days ago, the media was agog with news about the duo’s reunion. Peter reportedly visited Paul’s family in the United States and even took the latter’s children shopping. They followed each other back on Instagram and eventually had a mediation and reconciliation meeting in Peter’s house.

The duo even had their 40th birthday celebrations jointly, performing together for the first time in over five years. Fans heaved a sigh of relief. At the moment, people are querying when they will be releasing new music.

The future is uncertain and definitely shaky for the “new-old” group. It was obvious that their breakup was more personal than creative. Now that they are back together, it is an interesting venture to wonder if they were prompted by a quest to reunite kin or just for economic reasons. For sentimental purposes, of course, one may wish that they came together again because blood is, after all, blood. But the point is, even if for purely commercial reasons, it is still a smart move.

It is also ripe to wonder if they can return to the level of fame and prominence they had in the past. The strength of their music lay not exactly in lyrical power and depth, but in its ability to inspire dance. P-Square could move the dead. Thus, they were perfect for the Nigerian audience, most of whom have no qualms dancing to even vulgar lyrics (cue Naira Marley’s “Coming”) as long as the beat was right. And it helped that they were good-looking, especially Mr. P, a towering hunk and avid dancer.

But in breaking the union, they may have forced Nigerians to find new favourites. They may have, also, by their own hand, demystified the magic they were once wrapped under. At the moment, newer acts have sprung up: Davido, Kizz Daniel, Adekunle Gold, Fireboy, Joeboy, Ladipoe, sleek acts with awesome lyrics, powerful bangers, and smooth aesthetics. Can two forty-year-olds compete against them? Even the announcement of their reunion was overshadowed by Davido’s “fundraising.” To put things in perspective, Davido had not even started singing when the duo had their first hit.

History is not on their side. No group that splintered came back whole again. From Spice Girls to Destiny’s Child to One Direction, and even the Nigerian Styl Plus, when broken, they could not be unbroken.

P-Square’s saving grace could be the fact that there aren’t many strong musical groups in Nigeria, and the fact that they are beloved. However, past glory can only take them so far. It will be interesting to see them rise from the ashes to new glory. But you probably shouldn’t put your money on that.