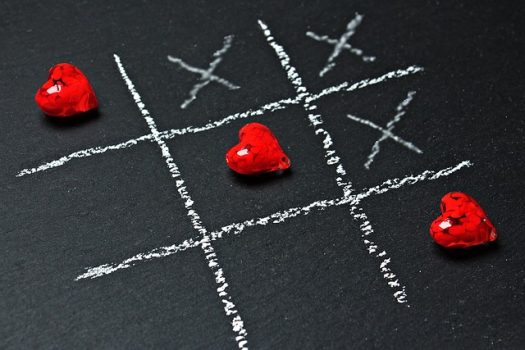 Red Flags To Identify a Man That Might Break Your Heart

To avoid stories that touch in coming months, here are 7 red flags that might mean a heartbreak in the future.

Falling in love is great, and finding someone you can call your own is even greater. It’s beautiful — the first few weeks of a relationship, you are having the best fun with your partner, getting to know each other better, and slowly loving them more. It’s almost a perfect experience because you don’t have to worry about analysing behaviours, reading meanings, and all that.

However, here’s the thing: ladies know how it goes, some men can be pretentious for as long as it takes. After just a few months, their real colours come to the fore. To avoid stories that touch in coming months, here are 7 red flags that might mean a heartbreak in the future.

Never Picks His Phone in Your Presence

I understand that there’s the basic need for privacy in relationships, and it’s fine if your partner does not answer certain calls in your presence. It could be a pressing family issue, or a crazy situation at work; but when it gets to the point where he has to take every phone call outside, you might want to take a step back and analyse the situation. You really don’t need to be a relationship expert to see the problem with this.

Always Surrounded By Other Women

Everybody loves being surrounded by beauty. I do, too. Most guys would choose discussing with a group of women over a group of guys. But it gets kind of suspicious when a guy in a relationship hangs out with too many women of the opposite sex. Every time you call, he’s either hanging out with that “childhood friend,” or this new lady he met in church. While this can be innocent on some occasions, other times, it becomes a reason to be concerned about.

Never Makes Plans With You

What sort of partner never makes plans with his other half? If you discover that you are always the one asking to come around, or the one planning every single date, I suggest it’s time you sit and speak with your partner about it. I understand that some men are introverts who just want to be left alone, but choosing to be with someone requires work; it requires commitment. It requires doing things that don’t necessarily fit into their lifestyle. If he’d rather make plans for sex and time with his friends, you just might have a reason to be worried.

Does Not Introduce You As His Partner

This right here is a screaming and raging red flag; why wouldn’t he introduce you as his partner? Here’s something I believe in: if he doesn’t tell other people you are his right in your presence, then he most definitely won’t do it behind your back. It’s simple; it’s either he doesn’t see you as his woman — meaning you are dating yourself — or he isn’t ready to label the relationship yet. Either way, you are caught up with a potential heart breaker, lady!

Employers are the real dictators; they call you at any time of the day or night, asking that you do work-related stuff. It’s even worse when you have a boss who wants you to come in after work-hours, or weekends. Employees in this category barely have time for themselves, and consequently their partners.

However, don’t you think it gets a little questionable when your boyfriend makes the same excuse everyday? Or every weekend? Or as an excuse to get out of already made plans? While this might be harmless, it could also be the start to something ugly. Get this out of the way by asking your partner to speak with his boss. Suggest Zoom or Skype if the meetings have to absolutely take place. What companies don’t use them, anyway?

Has Too Many Female Best Friends

Protects His Phone With His Life

I’ll reiterate the need for privacy here, because it remains an important part of every relationship. But this need for privacy shouldn’t mean that you can’t play Candy Crush on his phone, or watch some TikTok videos. However, if he protects his phone from you like it’s some sort of treasure, there might be a need for worries. But don’t overthink this; he could be planning a big surprise and he doesn’t want you to find out!

Commitment is one of the most important part of every relationship. It is then important to pay attention to several red flags before making the decision to commit. Relationships can be tricky, and this makes it important to always communicate with your partner. Before you make any rash decision based on a behaviour or a red flag you noticed, try to have an open discussion about it. 9 times out of 10, communication will do the magic.