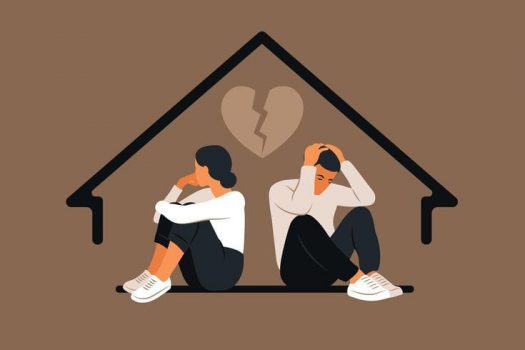 There is, for the lack of better words, a repositioning away from the idea of intimate and committed relationships, and gravitation towards more casual sexual relationships commonly referred to as “hook-ups…”

In the traditional sense, across several cultural and religious groups, the penultimate objective of dating is marriage. But, at present, there appears to be a cultural shift in this perspective, and newer terms to define what dating is, or, perhaps, what passes for dating.

When the subject of dating is discussed, especially on social media spaces, more often than not, it is talked about as a cutthroat and rigid environment contrived only for the most daring or brave. Nowadays, the definition of dating has become ambiguous, it is difficult to clearly say what passes as dating. Its meaning also varies across age and cultural demographic. Dating in these modern times and age also takes various forms, and depending on who you ask, different answers can be drawn from a pool of opinions. Primarily, it refers to romantic relationships between individuals.

Kingsley (name withheld), 27, vaguely considers dating as people fixing days to do things peculiar to them, and the activities dependent on the relationship or situation. As 22-year-old Jenny (name withheld) puts it, “It was that way in the ‘old day’ and it is the same now. The only difference is that the reason for dating has changed.”

There is, for the lack of better words, a repositioning away from the idea of intimate and committed relationships, and gravitation towards more casual sexual relationships commonly referred to as “hook-ups.” Hook-ups refer to non-committal sexual relationships with varying sexual activities from kissing to oral or penetrative intercourse among consenting individuals. It seems to have now become a part of popular culture. This phenomenon has a social acceptance that permeates into the kind of entertainment we consume, as it is gratified by the present-day cultural icons like musicians and influencers. The reason for this kind of indulgence varies among individuals.

(Read Also: Social Media, Narcissism, and the Craze for Validation)

The concept of forming casual romantic relationships is not peculiar to the age of the Millennial and Gen Zs. In nomadic tribes in Namibia, for example, wife swapping is an acceptable practice that is said to strengthen communal relationships. Swinging parties, also, were popular in the global West around the 70s, and orgies date as far back as Ancient Egypt and Greece, if not into Biblical times as well. Research also suggests that noncommittal relationships became more common with the integration of technology into daily life as early as the 1920s with novelty inventions such as easier mobility through cars and entertainment options such as movie theatres. As such, young people could explore their sexuality away from the preening eyes of adult chaperones.

The sixties brought sexual liberation for young adults in the global West, the rise in feminist movements, and seemingly better information on reproductive health such as the availability of birth contraceptives for women. Here in Africa, young adults are also experiencing a wave of sexual liberation in Africa, as young people can more expressively discuss sexuality, a subject that was before, only covertly spoken about. African societies are also, at least to an extent, becoming more open to homosexual and polyamorous relationships. Countries like South Africa legalised same-sex marriages, and Angola, Botswana, and Mozambique have decriminalised same-sex relationships. Crossdressers such as Nigerian Bobrisky and James Brown have become social influencers of sorts, and are adding to this narrative; although, one acknowledges that it is still a far way off from decriminalising same-sex marriages and accepting the LGBTQ community in the country. In that light, hook-ups are not limited to only heterosexual relationships, as dating apps like Grindr that serve the LGBTQ community are becoming notoriously known for casual relationships. Now, also, the average age of getting married has increased, as young adults are choosing to wait longer before settling. But this sexual liberation can exist as a double-edged sword.

(Read Also: 10 Activists in Africa and the Diaspora Changing the LGBTQ+ Narrative)

The digital age, with all of its benefits, has facilitated, too, the rise in the hook-up culture through the creation of online dating platforms and of course, social media, with dating apps such as Tinder and Grindr, serving as platforms that facilitated casual sexual encounters. With all these, probing nonromantic sexual gratification is becoming easier. 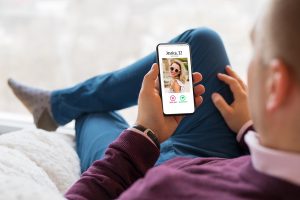 Perhaps the fear of missing out on a current trend has also caused a surge in the cult-like followership of the hook-up culture. The entertainment industry has also, among other things, enabled this hookup culture in the way it is portrayed in mainstream media. Take, for instance, the suggestive concept that is “Netflix and Chill,” or, Nigerian artiste, Fireboy, exploring his mirthful youthfulness in his recent album, Playboy, and rapper, Blackbonez, hosting an “anti-love” concert he termed “Breaking the Yoke of Love” concert on Valentine’s Day. As 27-year-old Michael (name withheld) puts forward, “Dating in this new age is something influenced by the media where couples try to show off a (kind of) lifestyle, while hooking up has become easily acceptable because it is propagated by the west, becoming even a kind of transactional relationship.” 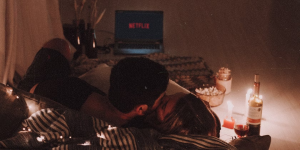 Some consider the hook-up culture to be part of self discovery, where one tries to better understand themselves and evaluate their relationships and how they can co-exist with others. In that regard, some consider it necessary for cultural preservation. “It gives some level of joy…which is relevant to your physical and spiritual well-being,” as Kingsley quips further. “I would say that it (hookup) helps you to know your own sexuality, and (perhaps) to know whether you are ready for marriage. The only thing there is not everyone has the bravery to follow through.” Kingsley argues that in the past, there were fewer divorce rates, not because there were happier marriages, but because fewer people left unhappy ones. But today, there are more people leaving unhappy marriages because of lesser judgment from society.

But others think contrary to this line of thought and argue that forming lifelong romantic partnerships are hard, and requires individuals to allow themselves to be vulnerable. Modern dating can be likened to a contest of who can show the least emotions and put in the minimum effort, leading to the usage of terms like “ghosting” and “breadcrumbing.” Here, hooking up creates a kind of shield to that openness and strips away empathy and compassion, creating an environment that is lacking authentic relationships. “Sex with multiple partners can be a sign of a deep-seated psychological problem that the person is not even aware of,” Sophia, 26, (name withheld), suggests. “I think most people in this new age are generally lazy when it comes to dating, and hookup culture has made a lot of people shallow. They do not put in the effort to keep things going. They do not want to be accountable to another person.” 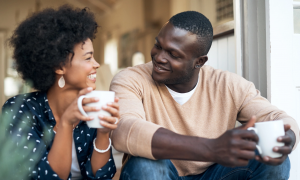 One cannot also ignore how hook-ups have subtly become transactional, as euphemistically referred to as “runs.” “It is just a matter of nomenclature where the operation can be likened to prostitution,” as 30-year-old Frank puts it. “Hook-up is a full-blown industry where a man becomes financially responsible for a woman in exchange for constant sex, as against emotional involvement, commitment, or care and intimacy.” Presumably, because we live in a society where sex work is still heavily vilified, we are seeking ways to give a clandestine industry more visibility.

In Africa, while we are shifting away from traditional normative ideals and expectations, it is necessary to emphasise that, sexual liberation, as titillating as it appears, does not take away societal pressure to “settle down,” and perhaps, the media is reaving us of our humanity. Today, there is a barrage of information about what is obtainable in romantic relationships, yet, we are unable to concretely define what dating is. But, perhaps, at the very least, we can define what it is not.