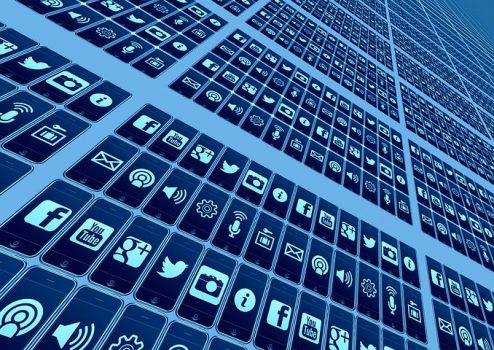 Social Media, Narcissism, and the Craze for Validation

Social media has created a narcissistic illusion for us, and many have begun to drown in it…

What is it about mirrors, these objects of reflection which amused the aristocrats of the ancient African communities so much? How did the slave buyers know about its strong bargaining power to have come with it to buy humans?

It is my guess that seeing oneself so clearly for the first time in a certain way comes with a certain fascination that leads us to self absorption and overrides our humanity in certain ways. We are fascinated, we want to see more, and we keep looking, until we get carried away and desire to kiss our reflection cast. This is the same effect that all social media platforms have on us today. Social media has created a narcissistic illusion for us, and many have begun to drown in it.

In Greek mythology, the story is often told of a man called Narcissus. He was very handsome and princely, and everyone who came across him had no option but to bear witness to his beauty. His beauty was a charmer, and it charmed most people towards him, until it charmed him and he fell in love with his image. Narcissus spent great amounts of time, watching his image wherever he saw a reflection. So engrossed was he in this act that the world around him stopped to mean anything to him. One day, a maiden called Echo fell in love with him. But he took no notice of her. She did everything she could to get his attention, but whatever she did, Narcissus took no notice of her.

Distraught over Narcissus not returning her affection, the maiden killed herself and cursed Narcissus. One day, Narcissus while passing through a large water body saw his image reflected there and once again fell in love with it. While trying to see himself clearly, he fell inside the water and drowned. Today, in accordance with this myth, the act of being so engrossed in one’s self or one’s perspective, and the inability to see another person’s is termed Narcissism, named after Narcissus.

Generally, narcissism is frowned upon in society as an unhealthy habit. We frown at people who are engrossed in their beauty, parents scream at their children who spend a lot of time looking at mirrors. My father once talked me down many years ago for always sticking a comb in my hair. “What a real man thinks about is not beauty,” he told me, “but achievements. Achievements!” Sometimes, these chidings do not have any underlying theoretical backing, but are simply intuitive. Most people know instinctively that there is something wrong in looking too much at yourself in the mirror. Even as a people, in our slave trade history, we often cringe at how some of our ancestors sold their own as slaves in exchange for mirrors.

Sometime last month, a friend shared an animated video on her WhatsApp status. The video had many characters taking pictures of themselves and posting on social media, on the road and everywhere else. There was this character in the video who was in danger of falling from a very tall building and cried for help. People saw him, but they chose instead to take pictures of him and post on social media. Unfortunately, this has become normal in many societies today. Many of us lament over it, but fail to understand why we act that way. The truth is that humanity is once again, back in that era where they sold each other off for mirrors. The mirror this time is the technology which has brought about smart phones with its varying abilities to present to us various depictions of us. An offshoot of this technology is social media where we have friends who are there to give or not give us the clout we seek. For this reason, basic human interaction is suffering. Like Echo who dies from Narcissus’ neglect, there is that helpless man from that tall building surrounding us everywhere we go, dying of neglect because the people seeing him feel a stronger urgency to broadcast his suffering than to rescue him.

When the images of suffering people are posted on social media, sympathies and lamentations arise. Human empathy has largely been moved from the interface of person-to-person interaction to a technological interface on a screen, where the human condition is a matter for amusement. Indeed, we amuse ourselves, and we are surprised how we got here.

Why is social media so charming? Why are the gratifications it offers so addictive? The answer is simple: it is a cause for dopamine rush. Social media timelines, designed to capture stories, are mostly constructed to capture the attention of viewers as quickly as possible. These stories, coming up over and over in quick succession, trigger the production of dopamine from the brain which causes a level of excitement. Dopamine is partly responsible for addiction which kills the need for person-to-person interaction. Chamath Palihapitiya, former president, user growth on Facebook, once admitted to a group of students at Stanford that he felt “tremendous guilt” in manipulating consumer behaviour.

Much of what we post on social media is tied to our need for external validation. A lot of people have admitted to feeling bad when their photos do not get enough likes on Instagram or Facebook, and so they take more and post to pacify their idiosyncrasies. Others who unexpectedly surpass the reactions they are used to getting are fired up to do more. A 2020 study by the University of Rochester found that getting fewer reactions on social media posts is likely to make teenagers anxious, and arouse in them feelings of inadequacy. In the long run, many find that their happiness becomes largely dependent on the validation they get from strangers viewing their images or responding to their comments and text posts. So endemic has this become that, recently, Instagram re-modelled its features so that only the owners of posts are able to see how many reactions their posts have, and more recently on Facebook, it has become possible to hide the number of likes a post gets from the public.

Technology has succeeded in making the world a smaller place, and at the same alienating people from those close to them. Social media has the profound effect of making people seek closure from without when they can get it easily from within. It is baffling the number of young people who are admittedly stuck in this cycle.

Social media technology seduces you to try to capture the movements of life, to photograph your happiness, sadness, anxieties, to rant about real life issues, rather than actually tackling them. It magnifies the spectacle of existence for the amusement of its audience. Social media is a beautiful thing, for it has pulled the world closer. But it should not take the centre stage of life. Online friendships should not replace human interactions, rather it should spice it up.

The place of addiction should be properly checked. The story of Narcissus is important. We should be careful to not become obsessed with the reflection of ourselves that social media gives us.

Michael Chiedoziem Chukwudera is a freelance journalist and Editor. Reach him at Chukwuderamichael@gmail.com. You can also follow him on Twitter @ChukwuderaEdozi.