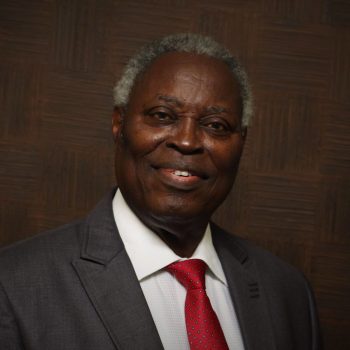 Deeper Life Bible Church: is the Church taking a 360?

…there were no televisions in the average Deeper Life home, and some converts who already had them before joining the faith, broke open theirs in the typical fashion of zealots…

When you think of Deeper Life Bible Church and its founder, the 80-year-old Pastor Williams Folorunso Kumuyi, moderation comes to mind. The church esteems holiness highly, and also takes a hard line against flamboyant lifestyles, even for practices that are not strictly considered ungodly. This is evident in how its services are styled — solemn, simple, and devoid of any extravagances. The church does not permit drum sets or guitars; members should be well-comported, shunning jewellry, makeup, or flashy accessories. No one exemplifies the twin virtues of contentment and simplicity better than the church’s founder himself. Kumuyi, in the age where it is customary for church prelates to have several fleets of cars and private jets, still maintains one car, lives in his house at the church’s headquarters, and flies commercial.

But apparently, the winds of change are blowing. At an Abuja Crusade held in late September 2021, the beloved cleric arrived Abuja from Lagos in a private jet, and was greeted by flower-bearing children before being whisked off in a limousine. If this were any man of God, no one would have been bothered; at the most, just a few eyebrows would be raised. However, this was way out of character for a church that has built an image that upholds sanctimonious frugality, and for a minister whose chief trademark is his humility and simplicity. Hence, the immediate, justified outrage.

Pastor Kumuyi after decieving his gullible members that luxuries are evil.

Forgot all the lies he told you people..baba invaded Abuja in a Private Jet and cruise around in a Limousine….

Forgotten that the devil still lives in the luxury…..

abi na GS dem call am that time.They say be like Kumuyi who is humble, holy, and lives a simple life, no show off, no boasting no limousine.
Alas!
Pastor Kumuyi steps off a plane, picked up with a limo and driven a great distance less than the yards between his two eyes.

That person stepping down from a Limousine looks so much like Pastor WF Kúmúyì.

I am sure that's not him!

Religion was invented when the first Fraudster met the first Fool! pic.twitter.com/tijKqcCyGK

A lot of people accused the church of hypocrisy in its apparent watering down of its standards.

This is not the first time the church is shifting grounds on its core beliefs. In the past, the church discouraged members from owning televisions or watching television programmes. Many worshippers adhered to this. Thus, there were no televisions in the average Deeper Life home, and some converts who already had them before joining the faith, broke open theirs in the typical fashion of zealots. However, many years later, the church seemed to make a turnaround when it started using televisions to stream services from their headquarters in Gbagada, Lagos, to its different branches all over the country. No explanation was given; it just came to be. Now, you will be hard-pressed to find a Deeper Life family without a television set.

Similarly, in 2013, at the wedding of John Kumuyi, one of Pastor Kumuyi’s sons, there arose a commotion in the church community. John Kumuyi’s bride wore a veil and was alleged to have used makeup, both of which were contrary to the church’s doctrine. Such was the scandal that Kumuyi offered to step down from the leadership of the church.

The rules, however, again seemed to have been changed or at least modified. There is a dedicated Deeper Life Weddings page on Facebook, and judging from the pictures available on that platform, couples now have pre-wedding photos, brides wear flamboyant wedding outfits, and host elaborate receptions parties. Who would have thought?

It might not be obvious to the cursory observer, but the Deeper Life Bible Church is going through a metamorphosis, changing from the inside out. This tilt is towards liberalism, a departure from the strict codes the church is associated with. For instance, while it was inconceivable to have Pastor Kumuyi minister at events not hosted by Deeper Life, the cleric seems to have changed his ways. In recent times, he has honoured invitations to minister at different non-Deeper Life events, including one organised by Dunamis International Gospel Church founder, Dr. Paul Eneche. More so, the Deeper Life Bible church invited Nathaniel Bassey, a pastor at the Redeemed Christian Church of God, and international gospel singer Don Moen, to lead worship at its crusades. This is perhaps the first time the church is letting ministers who are not members of the church share a platform with the cleric. These, amongst other indicators, are pointers that the church is opening up its doors, and perhaps its heart, too.

A common thread with these changes is modernity. The world is getting more interconnected. Christianity that thrives on exclusivity is rarely now practiced. Instead, most churches are buying into a sort of communality, with the unifier being a belief in Jesus Christ. Deeper Life Bible Church is merely following the trend.

Additionally, another justification for the changes is the fact that they are seemingly in furtherance of the gospel. The modifications are designed to capture and retain young people, going by the general decline in Christian interests among the young. Beyond that, Deeper Life has particularly stifling requirements, unbearable even for the most dedicated young adult member. It is unsurprising that the church is mostly populated by those from the older generation. Thus, the church’s current outlook is most likely designed to appeal to younger people. And this appears to be working.

The church currently runs a young adult church in its Akoka branch. The service, which lasts for under two hours, is almost always filled to capacity, is light-hearted and fun while retaining the spirit and flavour of the Deeper Life experience. The church’s pastor is a consummate professional and, although lacking the flamboyance of new-age youth pastors, is nonetheless charismatic. There is a renaissance, a spiritual awakening that is discernable in the services. The young people there seemed to have found a home within the church, a space where they could flourish, practise their faith without seeming to be stuck in the 18th century.

Change is good, but it also breeds uncertainty. One of the best things about Deeper Life Bible Church’s rigid rules was its predictability and ideological stability. But at the moment, who is to know what is fixed and what is mutable? If Pastor Kumuyi could travel in a private jet and ride in a limousine, has the definition of ostentatiousness mutated? What about the injunction to not be unequally yoked with unbelievers? Has that changed, too? In strict Deeper Life lingo, an unbeliever is anyone who does not worship in the church. When did it become acceptable to frolic with these unbelievers, or invite them to minister in a Deeper Life event?

There is also the bigger question of what these changes portend. Does it mean that the church is ready to jettison some of its largely unsavoury policies? For instance, even at the moment, the church does not admit female pastors. Women could be workers and leaders, but none, to the best of my knowledge, is a pastor presiding over a local church in Nigeria. The church strictly adheres to the Pauline admonition for women to learn in silence. Indeed, the church’s stance towards women might benefit from an overhaul. In the spirit of change and in tune with modern realities, the church’s authorities’ beam of change should shine on exclusionary doctrines. In fact, such a move will reflect the egalitarian nature of the Lord Jesus Christ.

It might be too early to call. But the strides the church is taking leave a glimmer of hope for anyone expecting change to come. If this trend continues, Deeper Life Bible Church may well be on its way to becoming a true twenty-first-century church.