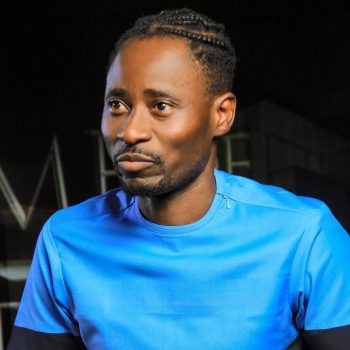 10 Activists in Africa and the Diaspora Changing the LGBTQ+ Narrative

At present, there are only about 29 countries that recognise same-sex marriages globally.  In Africa, members of the LGBTQ+ community largely face stigmatisation from the public and are targets of attacks and mob assaults.

South Africa remains the first African country to legalise same-sex marriage, and in Angola, Botswana, Mozambique, Lesotho, and Seychelles, same-sex relationships have been decriminalised. But in the majority of countries, homosexuality is banned, and in some countries like Nigeria, and Kenya, same-sex intercourse attracts a jail term of up to 14 years imprisonment.

Still, activists in Africa and the African diaspora have advocated for the rights of members of the LGBTQ+ community on the continent. Here are ten of these individuals who are using their voices and art to fight against discrimination. 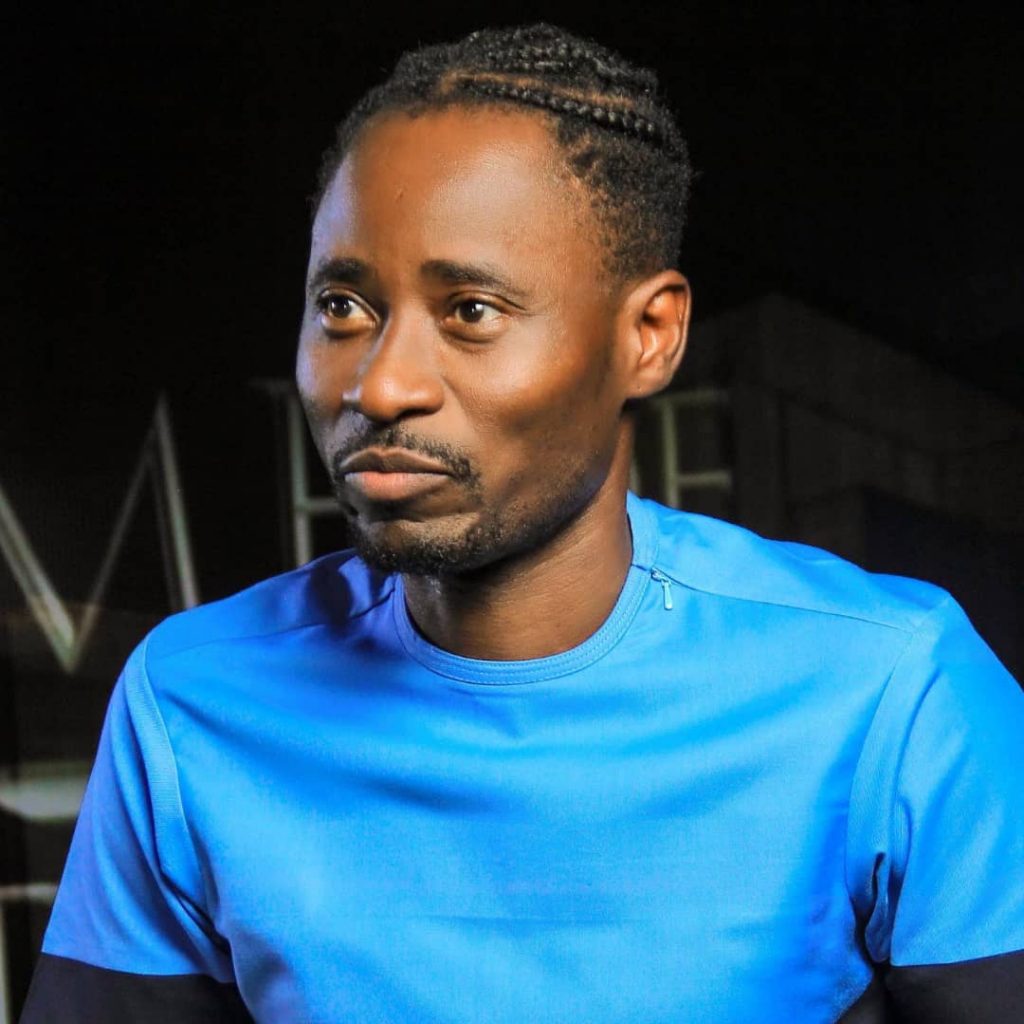 Bisi Alimi is a Nigerian gay rights activist, writer, and public speaker. In 2004, he openly came out as gay on the lifestyle television talk show “New Dawn with Funmi” hosted by Funmi Iyanda. This made Alimi the first Nigerian to come out as gay on national television.

Since then, Alimi has been actively speaking for the LGBTQ community and calling for acceptance in Nigeria. He became part of the Alliance Rights Nigeria (ARN), providing HIV/AIDS prevention education, health services, and support to gay men in Nigeria. In 2015, he founded the Bisi Alimi Foundation which advocates for members of the LGBTQ community in Nigeria. 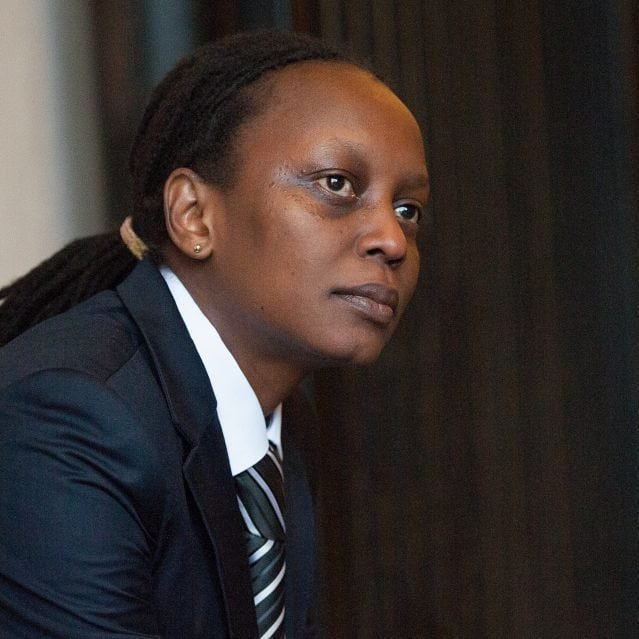 Kasha Jacqueline Nabagesera is a Ugandan LGBT rights activist. She has been described as the face of Uganda’s LGBT movement, as well as one of the first people to speak out against homophobia in Uganda. Being a lesbian, Nabagesara faced humiliation and discrimination for her sexual orientation while in the university.

In 2003, she founded the Freedom and Roam Uganda (FARUG) which advocates for the rights of lesbians, bisexuals, and queer persons, and demands justice and equality for these individuals.

In 2010, Nabagesara, alongside David Kato and Pepe Julian Onziema, sued and won against a newspaper called Rolling Stone for publishing the names and addresses of persons suspected to be homosexuals, and calling for them to be hanged.

Nabagesara received the Martin Ennals Award for Human Rights Defenders in 2011 and the Right Livelihood Award in 2015. She gave a talk titled “Risk and Resilience” at the TEDxLiberdade, Brazil event in 2014, advocating for Uganda’s LGBT. 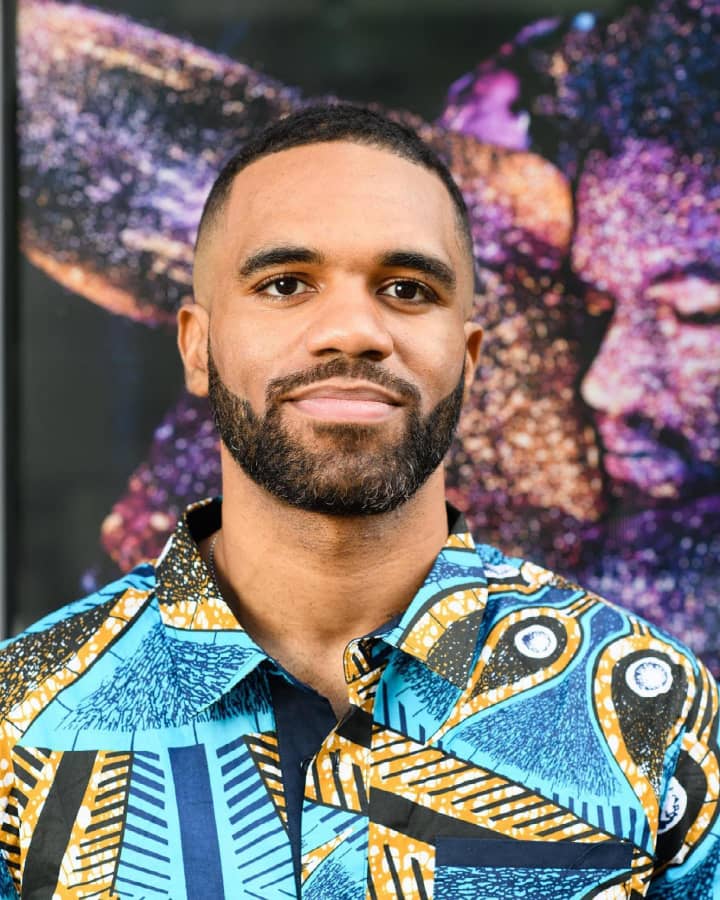 Mikael Chukwuma Owunna is a Nigerian-American artist and engineer who uses photography to explore Blackness and African cosmologies.

Owunna openly came out as gay on the microblogging platform, MySpace, at 15. He admits to struggling with being Black and gay as a young person in America, and his sexuality being considered “UnAfrican” by his Nigerian community.

In 2019, Owunna published the book, “Limitless Africa” where he challenges the belief that being queer is “unAfrican” by photographing queer Africans in Africa and the diaspora; immigrants, refugees, and asylum seekers. He started the project to embrace his queerness and African-ness. That year, he received the YWCA Racial Justice Award for creativity and innovation. 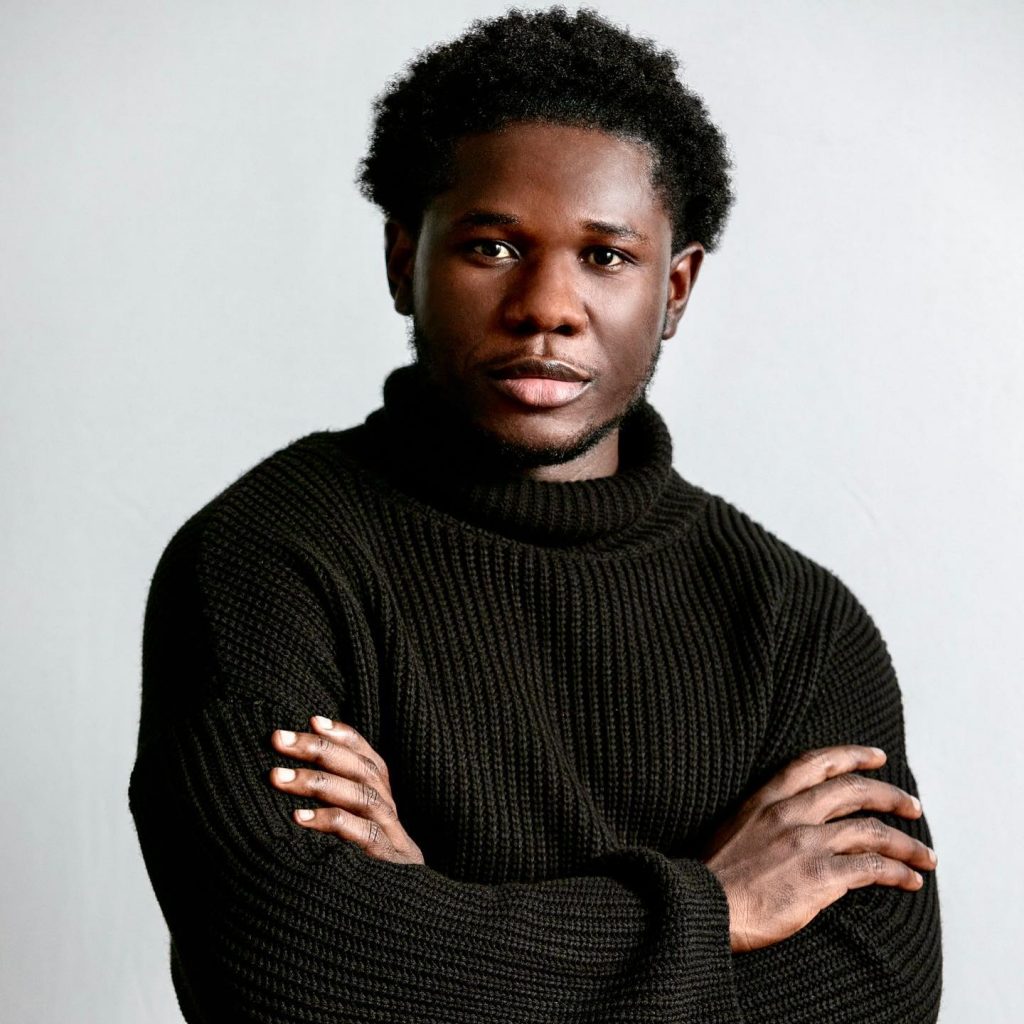 Richard Innanoshe Akuson is a Nigerian lawyer, writer, and LGBTQ activist. In 2017, he founded “A Nasty Boy,” Nigeria’s first queer fashion magazine. The outlet represented a safe space to curate and celebrate Nigeria’s queer community. The magazine gained him traction locally and internationally. He was listed as part of the Forbes 30 under 30 Creatives category in 2019.

In a recent interview with Zikoko, Akuson talks about being ridiculed for not fitting in as a gay teenager growing up in a conservative northern Nigeria, and then finally accepting his sexuality when he went off to the university later in life.

Akuson became a target for homophobic attacks, which caused him to leave Nigeria and seek asylum in the U.S. 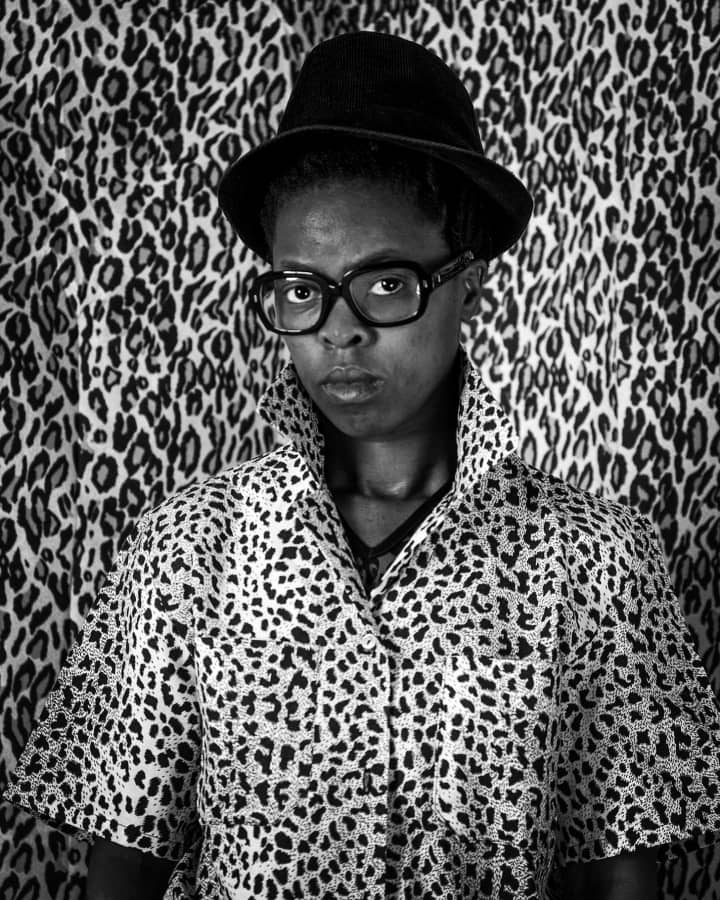 Zanele Muholi is a visual activist and photographer from South Africa. They use photography to explore and celebrate Black queer communities in South Africa.

Since 2006, Muholi has been documenting members of the LQBTQ community through pictures. This visual project started in response to unending violence targeted at queer people. Their works have been exhibited in galleries across South Africa, America, and Europe.

Through philanthropy, Muholi is also helping young and disadvantaged people in South Africa through education and acquiring skills in photography.  The Muholi Art Institution was established in February 2022 with its first residents’ exhibition which is holding between June 3rd to 30th, 2022. 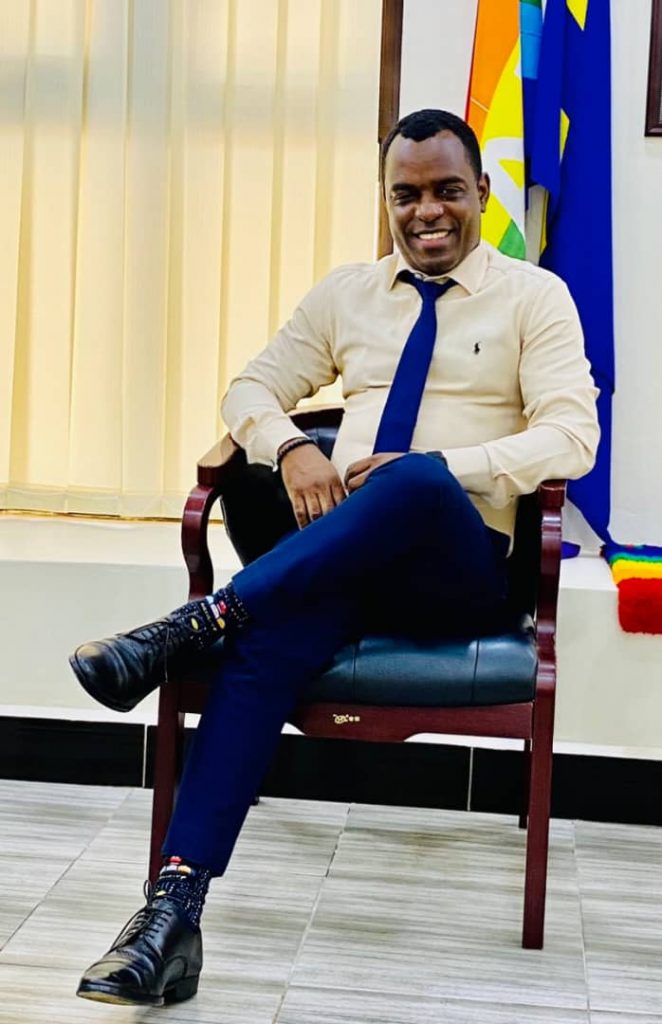 Frank Mugisha is a human rights advocate and LGBTI activist in Uganda. At the age of 14, he came out as gay, a decision that isolated him from his family.

In 2004, Mugisha started the Icebreaker Uganda to help LGBTQ people struggling to come out to their families. Since becoming the executive director of Sexual Minorities Uganda (SMUG) in 2013, he has launched campaigns to create awareness about the brutality faced by Uganda’s LGBTQ community.

Mugisha received the Robert F. Kennedy Human Rights Award and the Rafto Prize in 2011, for his advocacy for the rights of LGBTQ people. 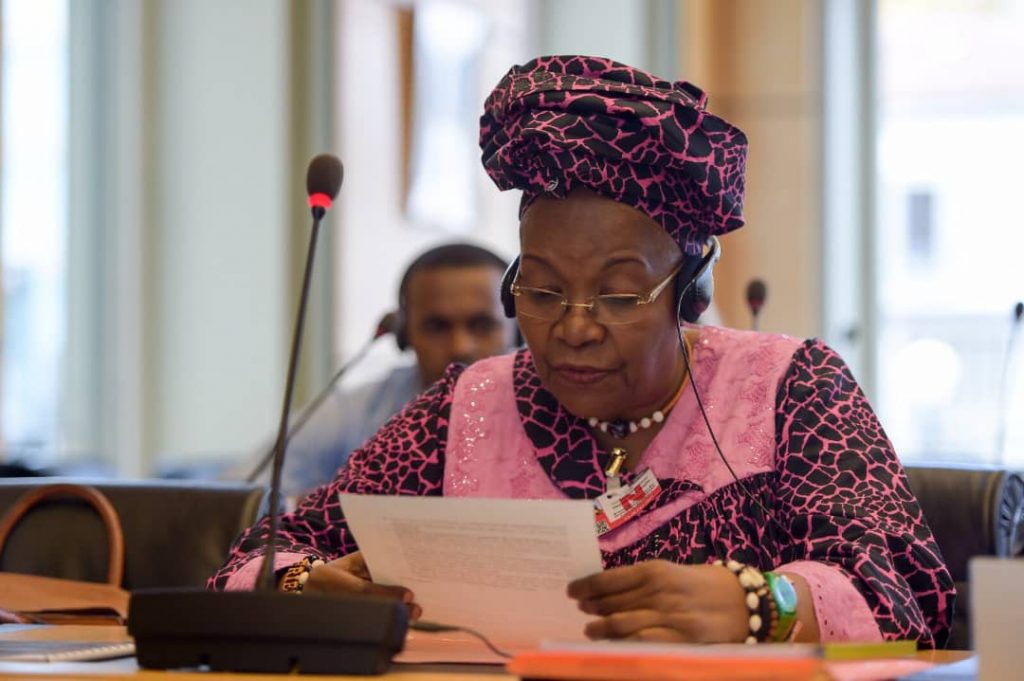 Alice Nkom is a Cameroonian lawyer and human rights activist. In 1969, she became the first female lawyer in Cameroon. Since then, she has advocated for minority groups such as political prisoners, women, children, and largely, LGBTQ people in the country.

In 2003, she founded the Association for the Defence of Homosexuals (ADEFHO) which was set up to defend LGBT persons and uphold their human rights in the country.

In 2005, she defended a group of men who were illegally arrested and detained during a raid of a gay bar in Yaoundé. The case gathered international attention, and the United Nations Working Group on Arbitrary Detention condemned Cameroon for arresting individuals based on their sexual orientation. Nkom was awarded the Human Rights Award by Amnesty International in Germany in 2014, for her commitment to LGBT rights. 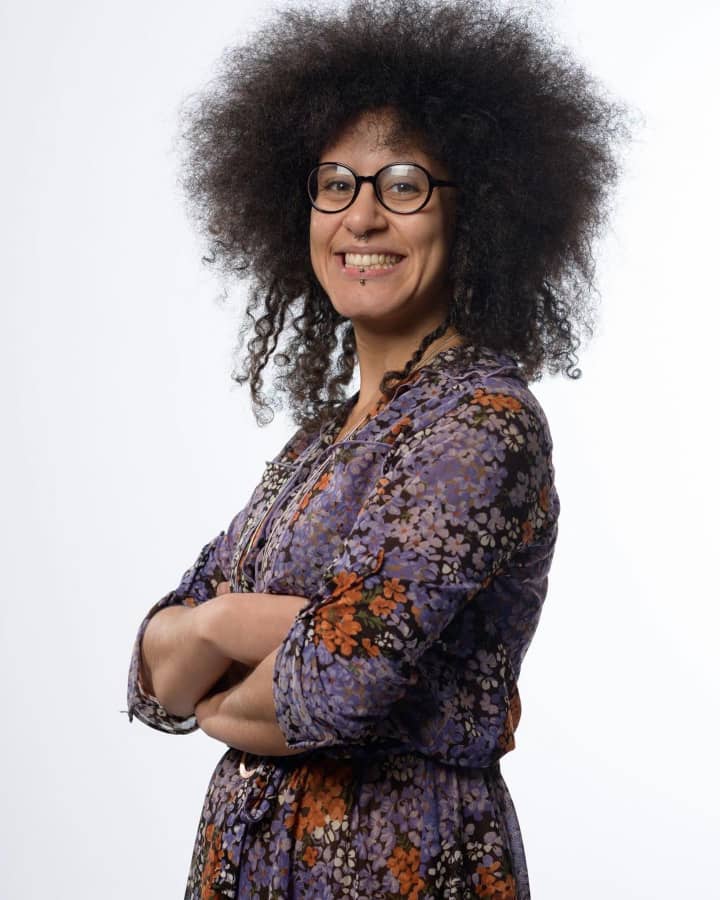 Shrouk El-Attar is an electronic design engineer, belly dancer, and activist for refugee rights in the UK, and LGBT rights in Egypt. They were born in Egypt but moved to the UK as a refugee in 2007.

El-Attar uses their art as the “Dancing Queer” to raise awareness, and as a charity for the LGBTQI people in Egypt to call out aggression on marginalised groups.

El-Attar has won awards in their engineering endeavours,  and in 2018, was named as part of the BBC 100 influential women in the world. They founded the Shrouk El-Attar Trust as a charity to support the LGBT+ community in Egypt. 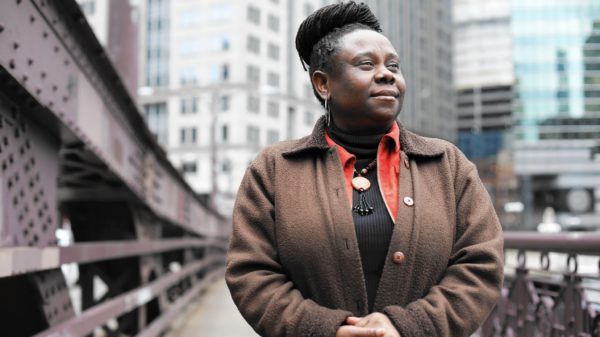 Unoma Azuah is a Nigerian writer and activist who uses literature to address LGBTQI issues in the country. She researches sexual minority rights in Nigeria. Her book project, “Blessed Body: Secret Lives of LGBT Nigerians,” documented queer experiences in the country.

She has also published other books, including a memoir, Embracing My Shadow where she talks about her experiences as a lesbian in the Nigerian society. 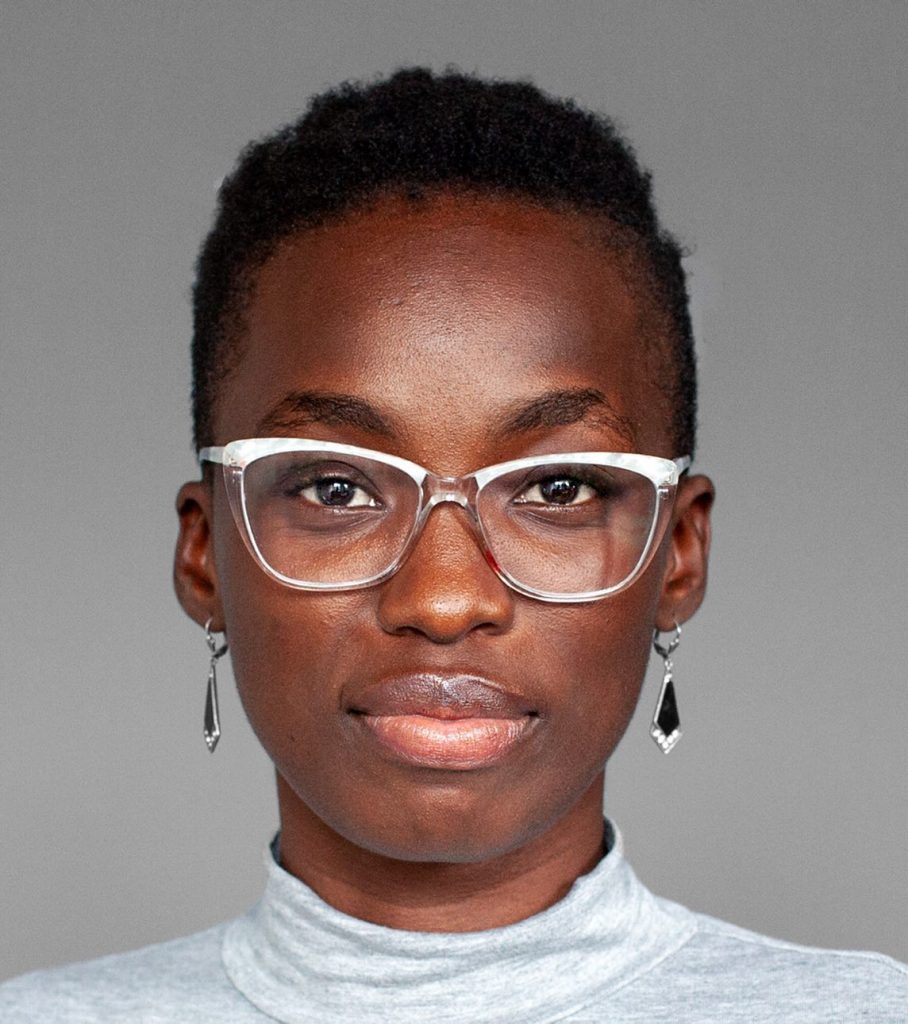 OluTimehin Kukoyi is a Nigerian writer, essayist, and public intellectual. Her writing and speeches focus mainly on feminism, gender, sexuality, and marginalised groups. She gave a TED talk in 2017 titled, “Who Belongs to the City,” which addresses the displacement of minority groups and urbanisation. It was selected among the notable talks of 2017. Other of her published essays such as “We made Black Feminist Magic in Bahia,” and “Entry Level Misogyny” explore feminism in Africa.

She is also a vocal advocate for the queer community. She wrote the essay, “Your Power Ends Where Mine Begins” as advocacy for queer and trans people, as well as a rejoinder to Nigerian writer, Chimamanda Adichie’s essay on cancel culture.

Kukoyi curated the project, “Quietly Queer” in 2020 to document the personal stories of closeted queer Africans.