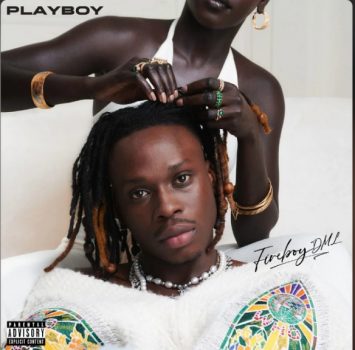 “Playboy” LP Finds Fireboy in His Most Cheery State

Playboy was created in such a way that there is a song for everyone: from the lover’s heartbreakers, party rockers, etc.  Fireboy created something for all…

In May last year, while Fireboy was recording his third studio album, he had writers’ block, his first ever. With words of encouragement from his mentor, Olamide, Fireboy switched locations. He took the next available flight to New York City, and flitted across various fun places, the strip club being the most prominent. He surely had a swell time. The burst of energy was emboldened when he moved to San Francisco where he recorded his global smash hit, “Peru.”

The record, a freestyle after a tipsy night, finds the artiste treating a mélange of topics, boasting about his prowess, and finally revealing his whereabouts. He was in this same mental frame when he returned to Nigeria to continue working on his new album, Playboy. 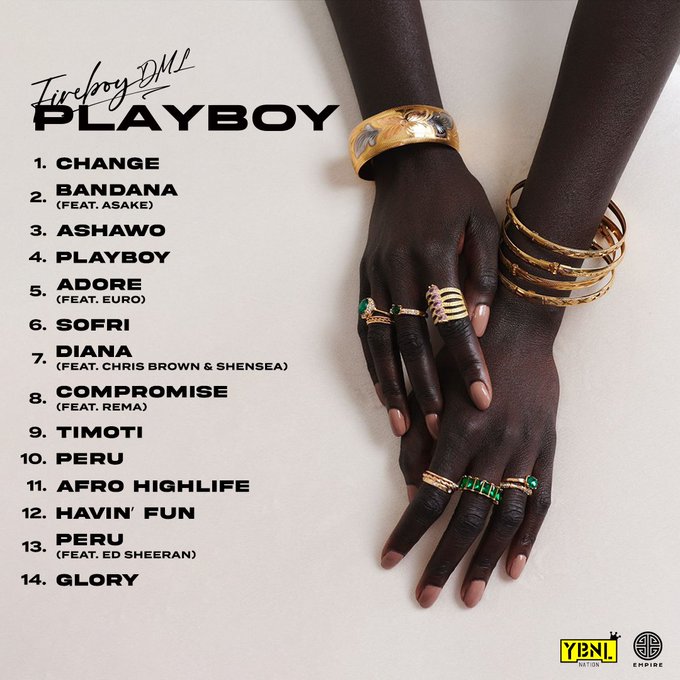 Adedamola Adefolahan was born in 1996, and grew up in Abeokuta. His interest in music got heightened while he was studying English at the revered Obafemi Awolowo University in Ile Ife.  In 2017, he relocated to Lagos State to pursue music. The following year, he got signed to rapper Olamide’s YBNL record label.

When the label released its collaborative album, YBNL MaFia Family, in December 2018, a large chunk of the tracks saw Fireboy exploring his talent. In hindsight, the album was created to amplify Fireboy’s talent and formally introduced him to the audience. “Jealous,” a track off the album, was re-released three months later as his official debut single.

“Jealous” was hinged on guitar riffs, and traditional percussion with some Country, and Soul music features. The theme is built on the complicated state of romantic ‘situationships.’ When Fireboy said “Just one taste and I want it more, shawty,” in the opening lines, he didn’t know it could have been refashioned for the Nigerian audience. The release of this song marks the acceptance of Fireboy as an artiste in the Nigerian music industry. The follow-up singles like “What If I Say,” and “King,” served as the building blocks for Fireboy’s groundbreaking debut album, Laughter, Tears, and Goosebumps.

Nine months after, just like a pregnant woman, Fireboy returned with his sophomore album, Apollo. While it failed to generate rave reviews or acclaim like his first album, it was celebrated for its vulnerability. It also marks the first time he would be working with fellow artistes. The album was slept on. The time frame of the album release, from the first, was short. When it was released, the fans were still not done savouring his debut. Collaborations with the likes of DJ Cuppy, DJ Spinall, Reminisce, and his friend, Cheque, were released to keep Fireboy in the conversation.

Eleven months after Apollo, Peru was released. Fireboy’s life changed for good. More doors were opened. But this new accomplishment came with more pressure. He revealed more about this battle on “Change.”

Split across fourteen tracks with three previously-released songs, Playboy finds Fireboy in his most cheerful, raw, fun, and jovial state. From the album opener to the last track, he is in a fun-seeking mood. The writing seems borne from fun, and it is occasionally sharp. However, it’s not as stately as LTG. The inconsistency in the words and expressions is sometimes cringe-worthy.

On three different songs off the album, Fireboy used lines which disapproved of weed smoking. He says in one “Peru,” “Mi okin fa’gbo but I’m on molly; “I like shayo, I no like gbana” on “Playboy”; and “I no dey blow trees/ Orin lo nyi mi l’ori (l’o-o-ri)” on “Bandana.”

On the Caribbean ode, “Havin’ Fun,” he finally admits to smoking blunt when he says, “Wake up, roll up one jay for the morning.”

When he explores a delicate topic like cheating, on “Ashawo,” he takes it with levity. His apology doesn’t come from the heart. He blames his unfaithfulness on his wealth and stardom. While he claims the song was not an excuse for cheating, the women’s opinion would likely differ. This free-living lifestyle continued on the Caribbean-flavoured title track, “Playboy.” This stamped whatever he was saying on the previous tracks.  “Playboy” is enamoured in self-praise and talks on his sexual prowess.

“Adore” sees Fireboy’s vulnerability, and restates his love and admiration for his girl. American rapper, Euro’s cheesy verse failed to add much to the song.

Lyrically, “Sofri” is the second coming of “New York City Girl.” It is the same with “Timoti,” a measured interpretation of Olamide’s “Kana.”

On the Asake-assisted “Bandana,” they pay tribute to where they come from and remember their humble beginnings while looking forward to their imminent global domination. It’s a feel-good song; yet, its mixing rasps the ears.

Zaki Amujei, P-Prime, Blaise Beats, Bizzouch, Kel P, Telz, Shizz, and Eskeez all brought their skills to play in crafting this album, as well as did the artist. It gives the fans various genres to choose from. R&B, Soul, and Afrobeats were some of the genres explored on this album. 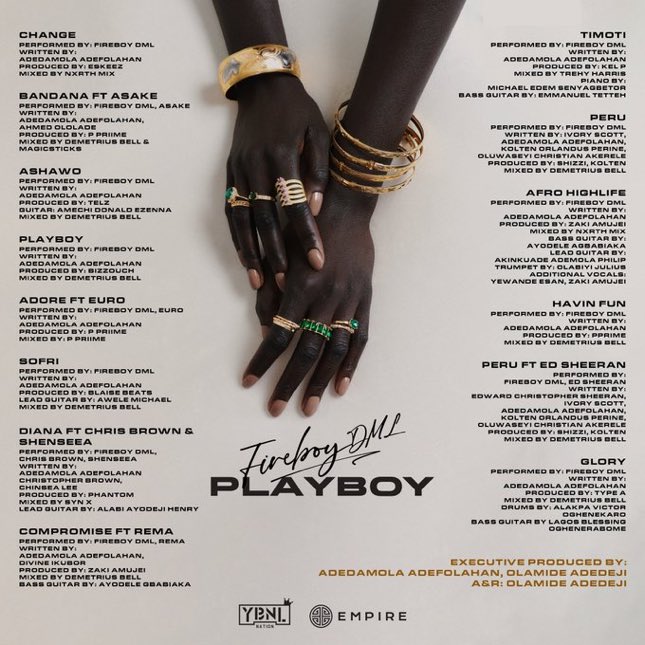 American singer, Chris Brown, continues his collaboration with Nigerian artistes as he comes through on “Diana.” On the track, the three genres of Afrobeats, R&B, and Dancehall come together to form an appealing sound. The mid-tempo nature of this track makes the message seep in, and lure you to your lover if you have one.

Fireboy can be explicit when he wants to. When he says “Iwoni Nikan Lole Gba Poron,” (my phallus is only meant for you) as the closing line on the second verse of “Compromise,” no one sees it coming. While he claims to not be romantic, he promises to compromise if that makes her happy.

Fela-styled Afrobeat got appropriated on “Afro highlife.” Originally recorded in 2016, it’s a feel-good type of sound. The perky production is pivoted on a boisterous horn section. One beautiful thing about this track is the percussion. The cheesy lyrics can be excused.

Fireboy is one of the few Nigerian artistes who makes the best album closers. From the daring “Wait and See,” on LTG, to the legacy-centric “Remember Me,” on Apollo and now to the victory-laden “Glory” on this album, Fireboy has consciously given the fans a perfect appetiser before the next album release. 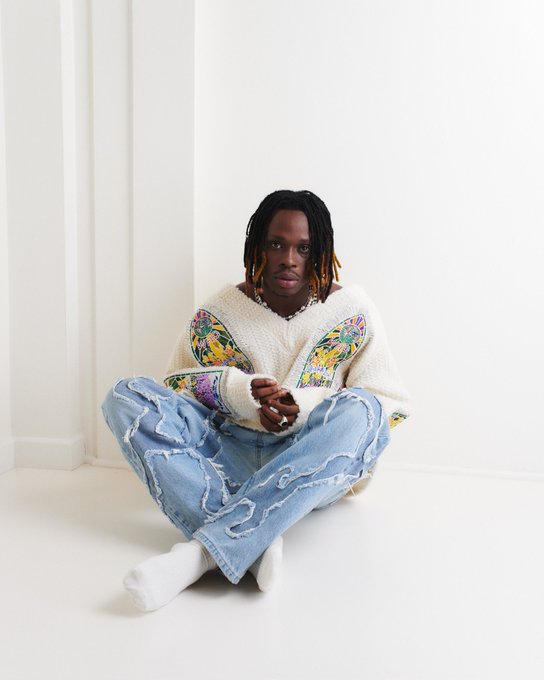 At the end of the forty-three-minute mark, one thing is clear: Fireboy stuck and delivered the assignment. All the playboy angles are explored. He comes out fully on this album, rising to the occasion to score a trifecta, although it might be artistically lower than his first two albums. Playboy was created in such a way that there is a song for everyone: from the lover’s heartbreakers, party rockers, etc.  Fireboy created something for all.