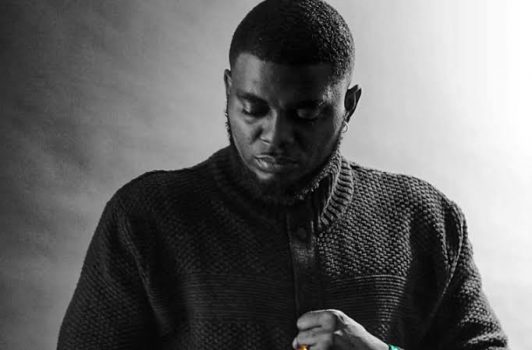 Without Kelly, perhaps, we would never have suffered through the auricular failure that Able God was, as well as 9ice’s Living Things, and much later, Naira Marley’s controversial Am I A Yahoo Boy? Kelly Handsome had set a precedence for public appraisal of Cybercrime in Nigeria…

In 2019, Zlatan and Naira Marley, two Nigerian Afrobeat singers, made headlines all across Nigeria. These two up-and-coming artistes were enjoying a good year, with Zlatan’s Zanku still making waves around the country, and Naira Marley pushing himself into our faces at every chance. But in May of the same year, both artists — including a number of colleagues and friends — were arrested by the Economic and Financial Crimes Commission (EFCC), for their alleged involvement in cybercrime.

Prior to their arrest, the duo had released Am I A Yahoo Boy?, a controversial song borne out of an even-more controversial Instagram Live.

This arrest, coupled with Naira Marley’s feeble attempt at becoming a Gen-Z’s Fela, sparked conversations around cybercrime and Nigerian mainstream music, in a way that had never happened before.

This conversation happened in 2019, years overdue.

Cybercrime has been a menacing Nigerian export for a major chunk of the last ten years; it has painted, in the cyber space, a stereotypical image of Nigerians: hungry, untrustworthy, and out to manipulate. In 2019, the Federal Bureau of Investigation (FBI) in the United States arrested 80 persons for online fraud, 77 of which were Nigerians. Obinwanne Okeke, a renowned Nigerian investor and entrepreneur was also arrested for his alleged involvement in cybercrime. In 2002, the FBI released a report that mentioned that 15% of Internet fraud was perpetrated by Nigerians.

Fast forward to 2020, this percentage has increased monumentally, which in turn has created a warped image of Nigerians across the world. The Guardian Nigeria also reported in 2017 that, in Lagos only, there are over 5 million Internet fraudsters, with Abeokuta, Port Harcourt, and Ibadan following closely.

Despite several attempts to correct this flawed image, a new trend began in 2007, in the music industry. Olu Maintain recorded the would-be classic Yahoozee, a tune with catchy lyrics and a corny dance. Unsuspecting listeners simply let the song entertain them, but one look at the lyrics and you instantly recognised the message: a peek into the luxurious lifestyle of Internet fraudsters also known as “G-boys.” But the song did something even greater: it paved the way for other songs that glorified Internet crime, while also offering prayers for youths in the system.

The next year, in 2008, an even bolder song hit the waves. It was Maga Don Pay by Kelly Handsome, a song which solidified the place of this emerging genre in the music industry. While Olu Maintain never openly admitted that his song was a reference to cybercrime, his counterpart, Kelly Handsome did. Kelly embraced the allegations and titles Nigerians gave him, and even mentioned outright his involvement in several fraud crimes. He involved God, and thanked him for success. Worse, his videos featured white women, the primary, unsuspecting targets of the G boys.

This bold, intrusive behaviour formed a strong foundation for the fraud-praising songs of the 2010s. Without Kelly, perhaps, we would never have suffered through the auricular failure that Able God was, as well as 9ice’s Living Things, and much later, Naira Marley’s controversial Am I A Yahoo Boy? Kelly Handsome had set a precedence.

Upon this same foundation, a social media trend has grown; Internet fraudsters openly flaunted their sweat-stained money, expensive cars, wardrobes, and lavish trips. It is on these waves that Hushpuppi rose, along with his gang who stole over $400 million. He was soon arrested on the grounds of money-laundering, scamming, cyber fraud, and hacking. The extent of our humiliation as a nation had crossed borders, painting us as nothing but scammers and liars.

Kelly Handsome also touched on a suspicion most Nigerians have had for a long while, that several music labels in the Nigerian music industry were money-laundering schemes for Internet fraudsters.

In a time where lyrics are considered unimportant, songs promoting cybercrime have developed a cult following in Nigeria, dominating mostly youths living in underdeveloped regions. Cyber criminals have consistently grown in the last few years, with varying thanks to unemployment, poor leadership, poverty, and a paraplegic state of education.

These songs offer cyber criminals a sense of reassurance; a reassurance that they are doing the right thing. This has led to an increase in youths flaunting their ill-gotten wealth on social media platforms. For example, A certain “Mrwoodbery” on Instagram was arrested after sharing pictures of his lavish lifestyle and properties. He was accused of money laundering and cyber fraud.

This begs a question: since morals are gradually becoming engulfed in this world’s confused pool of liberalism, should fraud-praising songs be given a space to thrive?

There is no doubt that these songs have a direct effect on the number of youths who venture into online fraud. It feeds a damaging mentality into the young Nigerian? It feeds lies as truths, as well as breeds a sense of entitlement in the young Nigerian music consumer, through exotic portrayals of the lifestyle it promises.

The effects of cybercrime is not only psychological; it similarly affects the country in other ways. TVC reported in 2019 that this menace affects the country’s economy, leading to consistent annual losses of hundreds of billions. It said thus: “that Nigeria loses a lot of money through internet fraud.” It went on to say that, “the figure of over N127 billion as annual loss given by the Minister of Communications is staggering. Most of the frauds are said to be perpetrated via foreign Internet domain names being patronized by over 93 million Internet users in Nigeria.”

Perhaps a regulation would come in handy, but the Nigerian system has shown a consistent averseness to the law. Several songs have been banned by the National Broadcasting Commission, yet some continually enjoy airplay, while others even climbed charts. Banning these songs usually cause the reverse effect. Rather than its aim to totally erase the existence of these songs, bans have increased the songs’ popularity and reach. This was evident in the case, amongst many others, of Naira Marley and Zlatan’s Am I A Yahoo Boy?

Cybercrime has become a weed that must be removed, it has creeped into the zeitgeist of Nigeria, infecting almost every cyber space there is. Kelly Handsome, Naira Marley, Zlatan, and Olu Maintain have created a safe space for songs that glorify Internet fraud, while also giving Internet fraudsters a conviction that they are in the right.

Naira Marley’s arrest and subsequent trial ought to have made him a scapegoat, and a warning to the millions of Nigerian youths infected by the “419” virus. However, in spaces where songs like Able God thrive, Naira Marley has grown into a cult figure, some sort of martyr who suffers for people of his kind.