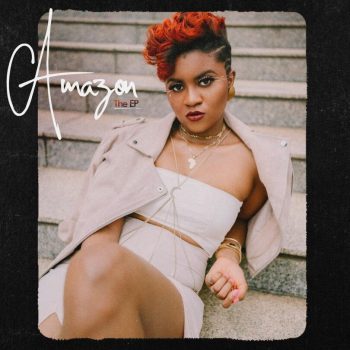 Dunnie’s “Amazon The EP” is a Beautiful Spin

With production credits on songs for artistes like Wande Coal, Busiswa, Becca, Niniola, Yemi Alade, Zamorra, and others, it’s safe to say that she has seen it all…looks set to shake the music industry with the release of the Amazon The EP

Dunnie’s explosive rise was one of 2020’s most exciting marks. Her single “Overdose remix,” featuring singer Oxlade was a smash hit straight out of the sound oven, with its addictive hook bolstered by an instantly memorable and colourful video. Dunnie seems to have finally crystallised her successes with the recent release of her third extended play.

Born in 1992, Dunnie is difficult to box in a corner. She is a DJ, musician, producer, songwriter and also promotes her record independently. Do you wonder if that is not too much for her? No. She has excelled in almost all the strata in the music industry.

In 2018, Dunnie cut her teeth as a music producer when she made the beat for Sean Tizzle’s run off the mill hit song “Pempe” which currently has more than two million streams on Spotify.

Dunnie’s debut single as a full-fledged artist, “E Go Better” topped the Cool FM Abuja Top Ten Countdown for three weeks in 2012. Just like most Nigerian artists, the church played a pivotal role in Dunnie’s music journey. She started playing the drum in the church at the age of 12; she later joined the choir at 17.

To mark her seven years as a musician, she released an eight-track EP in 2018. She tagged it “Seven.” RnB singer, Ric Hassani, and ace guitarist, Fiokee were some of the artists featured on the project. The album’s themes revolve around teenage love, Lagos troubles, the greed for attention, and all the intricacies that come with love.

From 2018 to 2021, Dunnie has been meticulous with her growth. Being an independent artiste has been somewhat slow, but with platforms like Mr. Eazi’s EmPawa initiative which she was a part of in 2019, she has been able to gather some money and resources.

Apart from producing for artistes, Dunnie has also lent her service to corporate brands both within and outside Nigeria. In 2020, she was one of the regional judges for the Access bank-sponsored music talent hunt “Access the Star” contest. She also made the soundtrack for a commercial for Maggi, and Cognate brand, Ciroc in 2019 and 2020 respectively.

In 2021, Dunnie was inducted as one of the members of Clout U class of 2021 alongside the likes of rapper Jaido P, Highlife artistes,  The Cavemen., singer and rapper  Ajebo Hustler, Afro-pop artiste, Badboy Timz, and others.

With production credits on songs for artistes like Wande Coal, Busiswa, Becca, Niniola, Yemi Alade, Zamorra, and others, it’s safe to say that she has seen it all. With the production medal in her bag, Dunnie now looks set to shake the music industry with the release of the Amazon The EP last week Friday.

In the 20 minutes plus project, Dunnie takes the listeners through a myriad of themes. She is audacious with what she wants.

“One Night” opens the play; uptempo with a shattering baseline. Starting the EP with the raucous track is poignant. “There is no dull moment with me,” she says. Dunnie is in control of the narrative. The words sink in more in the second verse of the song. Dunnie’s vibe is contagious.

The French word “Dejavu” which is the feeling of having already experienced a present situation, got appropriated as title of the second track. On the guitar-based track, Dunnie confidently lets out what she wants in a relationship: love, attention, trust. These are conversations needed in the modern world, and Dunnie seems to be leading that light. For anyone who has experienced the downside of Cupid’s darts, they would find this track relatable. To ease the tension in the song, Dunnie segues into flirting, and shouts out at the midsection of the song.

Dunnie’s influences range from Fela, Osita Osadebe, Tunji Oyelana, and the likes.  The influence of these artists is displayed on her discography. On the hook of “Rich Aunty Vibes,” she tapped the flow and lines from Jesse King’s “ Yungba Yungba,” a stand-out track from his 2006 album, “Buga.” Just like the title suggests, it centres around a rich aunty, the type you always look forward to her visit to your house.

When Dunnie claimed to be tired of the industry, government, and the music hustle on “Tired AF,” she was telling her truth. For independent artistes, it becomes two times harder. She also towed that line on “You Don’t Know,” where she is more relaxed, reflective and thankful for the changes in her story.

The urban Highlife band, The Cavemen. lend their vocals and expertise to the Highlife-sampled “Oh Baby,” hinged on trumpet, drums, and strings. The song had all the attributes of the new school band; they compliment Dunnie’s output; not overshadowing her, which is awesome. Dunnie’s ability to seamlessly flow on an eastern Highlife tune is an attestation to her musical dynamism.

“Mosafejo,” one of the lead singles, shares a strong affinity with the popping Amapiano sound. In perfect harmonisation with the themes on the EP, Dunnie explores love and infatuation on this record while also retaining the banging drumbeat for an optimal dance session.

The love language got a tweak on the seventh track. Having explored English, pidgin, Igbo, and Yoruba, in her love message, Dunnie and her crew, H_Art The Band, switched to Swahili on “Nakupenda” (I love you). The band had a better grasp of this song than Dunnie. The midsection talk was distracting. It seems this record was included to appeal to the east African audience. The EP was better without it.

“Amazon” ends with the guitar-based “Alakoba,” a song filled with prayer in the form of talk/lyrics. Ending the project with this song is symbolic.

Dunnie has been in the industry for a long time. It’s awesome that the fans are now giving her the attention she has always wanted. On her side, she has not been found wanting in her delivery. At the end of the day, they meet in the middle. “Amazon,” is Dunnie at her peak; the track arrangement helps in her audacious storytelling.