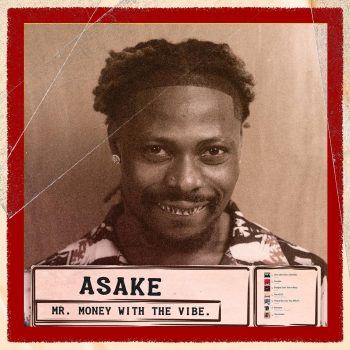 Asake Offers Sonic Escapism On “Mr. Money With the Vibe”

Through this album, Asake effortlessly secures the end-of-the-year shows and concerts. He has also, perhaps, secured his legacy as one of the outstanding hitmakers in the Nigerian music industry…

Afrobeat artiste Asake has been living his best moments since the beginning of the year 2022. A collaboration with rapper, Olamide, in the first month of the year snowballed into a record deal the following month. And ever since the signing of the deal, Asake has made the release of chart-topping songs his favourite hobby. Born Ahmed Ololade Asake, in Lagos, the graduate of Theatre and Performing and Art from Obafemi Awolowo University is currently at the apogee of the Nigerian music industry. It doesn’t seem like he’s coming down anytime soon.

He began releasing music around 2018, blending sunny Afrobeat rhythms with his mix of singing and deft freestyling. After experimenting with his sound over early singles like “Ayeeza,” and “Kanipe,” he released “Mr. Money” in 2020, a move which effectively launched his career. The remix which featured Zlatan Ibile and Peruzzi took the song to a bigger height. Seven months after the release of his Ololade Asake EP, the dancer-turned-musician returned with his full-length project, Mr. Money With The Vibe. This time around, he summoned his producer, MagicSticks, for this sonic trip.

“Dull” kickstarts the album. A positive affirmative track, it trailblazed the domineering crowd vocals, strings, and big horns. The lyrics are a reflection of the Asake brand, a peek at the past with a deliberate focus on the future. He gave some shout-outs to ST (Seyi Tinubu), and label boss, Olamide. It’s a brief introduction to what to expect on the album. By the time the second track, “Terminator,” comes up, you are well introduced to Asake. “Terminator” is one of the three previously released tracks that made the album cut. In this song, He employs pop culture, white garment utterances, and Fuji pop to craft a track that pays copious tribute to sex. It might not be in your face like other tracks, yet, the underline message in this song cannot be ignored.

There have been debates on the similarities between Naira Marley and Asake. They are cut from the same cloth. They both explored Fuji music for their sound. Asake was only, perhaps, smarter by infusing his sound with Amapiano, following the current sonic wave. Both artistes deal with lewd lyrics.

He is like a preacher who delivers his exhortation with sheer humour. In a song like “Organise,” he says “Iwo logbon ju” (you are the wisest), “some of us are wise, every other person overwise.” Lines like this cannot be taken literally. It’s demeaning, but at the same time, retains its humour. “Organise” is built on street wisdom. Beyond the domineering crowd vocals, and overpowering horns, the song remains a delight.

“Peace Be Unto You” is a pop-propelled tune. Although the title pays homage to Assalamualaikum, an Islamic manner of polite salutation, the song is a voyage through various topics, from friendship to prayers for wealth. The song starts with an intro from the viral traffic warden. PBUY is filled with too much energy.

When he tries to motivate with an exhortation on the saxophone-centric “Dupe,” he falls short. The struggle was noticeable, and the production, more essentially the long solo sax, saved the day for him.

Perhaps romance is off-topic for Asake. “Muse” makes this glaring. He couldn’t stay on the topic, and the first and the second verse run in parallels. Could that be deliberate? The crooning crowd vocals didn’t help matters, either.

If he had sung in the 1990s, he would have effortlessly fit into the Fuji music arc. On this album, he embodies this genre and consciously fronts a subgenre of the sound called “Shaje,” a sound artistes like Obesere, Saint Janet, and Naira Marley have explored. Asake took it to another level by infusing Amapiano with it. A song like “Joha” is a copious tribute to Shaje. The song is rife with call and response, name checking, and shout-outs to popular figures like Durella, and Emmanuella. This type of song can be considered an Afrobeats version of Shaje.

“Nzaza”, as well as the remixing of “Sungba”, are the longest tracks on this album. In the former, He takes the listener through his life’s trajectory. It’s a mid-tempo track, one of the few on this album. It is boisterous, and it sees Asake oozing confidence amidst life’s challenges. It’s a daring move and sounds like the second coming of “Bandana.” 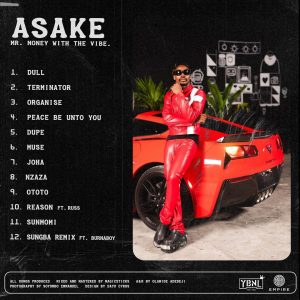 On this album, sometimes, the violin is submerged, and other times it dominates. A typical example is “Ototo.” The bright violin laid the finest intro for the song. The track is built on humanity’s unending problems, the domino effect of fame: backbiting, betrayal, and frequent trust issues. This track serves as a response to stardom and its domino effects. The mid-tempo wave of the production makes the topic seep in.

“Reason,” could have been done without American rapper, Russ, who failed to complement Asake’s overly explored grass-to-grace story. The chorus is comical, too, as it warns against certain moves (“So po ti lo/Ma lo bawon fogo la lagbon/Eruku po lopo lopo”). On a deeper level, it calls for sober reflection.

On “Sunmomi,” Asake tries his hand on a hybrid of Amapiano and Hip hop. It falls short of an outstanding attempt, yet, it is pleasant listening to him perform this genre. This particular track is devoid of the Fuji inflection.

When Asake said “Mr. Money With The Vibes,” on “Sungba,” off his Ololade Asake EP in February 2022, I don’t think he was aware that refrain would later become the title of his debut album. The remix of Sungba featuring Burna Boy ends the 30-minute voyage. Drenched in Amapiano with some Afrobeats twists, “Sungba” sees Asake and Burna Boy both bragging about their street credibility and ways of dealing with women. They sound self-assured and in charge.

Mr. Money With The Vibe provides Asake the opportunity of giving his fans the many sides to his brand. It’s a long stretch with intermittent bus stops. Asake sounds like a street king who gives off wisdom-filled expressions when necessary. He has been touted for being a one-way artiste, and this album fails to change that impression. Methinks, he stuck to what he knows how to do best. As they say, you don’t change the winning model. 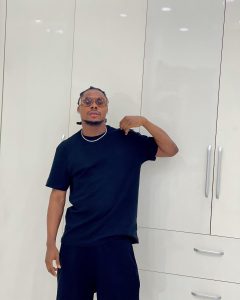 Through this album, He effortlessly secures the end-of-the-year shows and concerts. He has also, perhaps, secured his legacy as one of the outstanding hitmakers in the Nigerian music industry. Some of the songs can dominate the charts, possibly, till 2023.