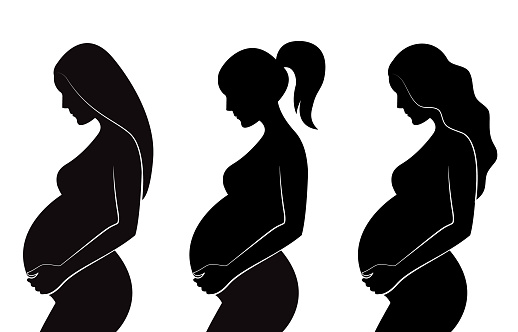 Uncommon Side Effects of Pregnancy That Aren’t Often Talked About

A missed period, increased urination, tender breasts, fatigue, nausea (with or without vomiting), are some of the most common signs which herald the beginning of those glorious nine months that are often concluded by the birth of a delicate little human.

Though every woman’s journey is different, their experiences during this time, sometimes distinct, many expectant mothers, in the first trimester (the first three months of pregnancy), will not only complain about the aforementioned indicators, but also other symptoms such as increased bloating caused by hormonal changes, not unlike how a woman might feel during the beginning of her menstrual period; light bleeding or spotting, which your gynaecologist would refer to as implantation bleeding.

It occurs about 10 to 14 days after conception when the fertilised egg attaches itself to the uterine lining; constipation, caused by the slowing down of the digestive systems, again, due to hormonal changes; mood swings which are a result a flood of hormones in your body during this delicate time; cramping, and even food aversions.

The second trimester (from the 13th week of pregnancy to the end of the 26th week) is accompanied by its own entourage of common symptoms, including, but not limited to, skin changes such as dark patches on the face (melasma) that usually fade after delivery; vaginal discharge, which, depending on its colour and odour, might be an indicator that there is an infection present in the vagina; heavier breasts that might necessitate the purchase of less fashionable and more supportive bras.

The third trimester, which, as John Hopkins Medicine puts it, “marks the home stretch,” introduces not entirely usual experiences such as false labour contractions (also known Braxton-Hicks contractions); decrease in blood pressure; continued fluid retention resulting in swelling of the ankles, hands and face; stretch marks on the stomach and other areas like the thighs, breasts, hips and buttocks; backaches, etc.

While the above are symptoms to be expected during the near 40 long weeks of pregnancy, below are seven side effects of pregnancy that are rarely discussed.

Bleeding while brushing your teeth is not only an unpleasant experience but also uncommon, unless the bristles of your toothbrush are too hard or too much force is applied when brushing you teeth. Nevertheless, a number of pregnant women have claimed that quiet early on in their pregnancies, they found some amount of blood on their toothbrushes or in the sink when they spat.

An article by Made for Mums explains that this unusual symptom is a result of extra blood pumping in the veins and causing the gums to swell, as well as a combination of various pregnancy hormones in the body. In the same article, Janet Clarke from the British Dental Association states that while many people who have had bleeding gums believe that it is enough reason to stop brushing their teeth, this is, in fact, not the case. Clarke advises that such people ought to brush even more and make appointments to visit their dentists concerning this issue.

Shifting and Loss of Teeth

Some pregnant women have reported shifting of their teeth during pregnancy. Mothers have complained that while pregnant, they noticed a change in their bite. According to Beachside Clinic, crooked teeth have been corrected, and normal teeth have become more crooked during this time. This occurrence, as highlighted by Beachside Complete Dental Care, has been attributed to the rise of the chemical Relaxin, produced by the ovaries and placenta, which encourages the softening of ligaments, allowing bones in the pelvic region to move position during birth.

This chemical has also been reported to soften other ligaments as well, including those that bind the teeth to the gums and jaw, thus resulting in teeth shifting during pregnancy. Loss of teeth during pregnancy, while extremely uncommon, is also one of the side effects of pregnancy that some pregnant women have been brave enough to share. In a 2021 article by Claire Gillespie, it was highlighted that about 60 to 75% of pregnant women suffer gingivitis, which is an early stage of periodontal disease.

Pregnancy hormones may increase the risk of this disease. And, as Meleen Chuang, a board-certified ob-gyn and medical director of women’s health at NYU Langone, states in the same article, if left untreated, the disease, may eventually cause the gums to become infected, which then leads to the teeth loosening and coming off. March of Dimes also points out that although this does not necessarily lead to loss of teeth, high levels of pregnancy hormones (progesterone and oestrogen) may “temporarily loosen the tissues and bones that keep your teeth in place.”

Pruritic Urticarial Papules and Plaques of Pregnancy (PUPPP) rash is described by Healthline as “an itchy rash that appears in stretch marks of the stomach during late pregnancy.” The exact cause of this rash remains unknown, but it has been observed that the stretching of the skin appears to be a trigger for its occurrence. According to Healthline, PUPPP is so rare that it occurs in about 1 in every 50 pregnancies. Though it might be uncomfortable, this rash is not dangerous for the expectant mother or her baby and disappears upon delivery. Baby Centre advises cool compresses, soothing baths with oatmeal or baking soda, and aloe vera gel for relief of the terrible itching.

Mother’s Thumb, its technical term being “de Quervian’s tenosynovitis,” is a medical condition which involves the swelling of the tendons around the base of the thumb. According to Healthline, Mother’s Thumb may be caused by fluid retention during pregnancy, and is aggravated by the repetitive movement and strain of lifting and shifting a newborn, or even pushing around a stroller. Though mothers are not the only ones who experience this condition which may cause pain and even limited thumb and wrist motions, it has been observed that new mothers or caregivers are found to develop this pain more often than other demographics.

Diastasis Symphysis Pubis is a rare condition that develops during pregnancy as a result of the more common Symphysis Pubis Dysfunction (SPD). SPD or pelvic girdle pain occurs when the ligaments which ensure the alignment of the pelvic bone during pregnancy become too relaxed in preparation for delivery, thus causing the symphysis pubis (pelvic joint) to become unsteady, and in turn, leads to pelvic pain. When this joint separation becomes exaggerated, Diastasis Symphysis Pubis  is said to have occurred.

This unusual separation which causes great pain for the expectant mother, can happen at any point before delivery, during the delivery and even after delivery (postpartum). A 2021 article  by StatPearls offers information on this rare condition, including treatment for it.

Blurry Vision or Change in Sight

It is not often that one hears that their vision may change during pregnancy. Yet, the fact remains that hormonal fluctuations which occur during this delicate time, may also affect the eyes and vision of an expectant mother. According to Valencia Higuera, in an article medically reviewed by Valinda Riggins Nwadike, MD, MPH, fluid retention which occurs in the feet and lower part of the body, may also happen in the eyes, thus increasing pressure in the eyeballs, which in turn leads to thickness of the cornea that results in blurry vision.

The author also states that these hormonal fluctuations during pregnancy may interfere with the production of tears which can also cause dry eyes resulting in blurry or inaccurate vision.

While True Eye Experts concede that these changes are temporary and may resolve upon delivery, they argue that the importance of knowing which changes are normal and which are indicative of a problem cannot be understated. Colleen de Bellefonds points out that double vision, flashing lights, and temporary loss of vision, for instance, are a reason to make an appointment with your doctor.

In her 2021 article for Baby Centre, the author lists further vision changes that might occur during pregnancy, including: Central serous chorioretinopathy, a rare eye condition that involves the builds up of fluids under the retina; and diabetic eye disease which can be triggered or worsened by pregnancy.

Hyperemesis gravidarum is a rare disorder which occurs during pregnancy, involving extreme and unrelenting nausea and vomiting. This condition may lead to dehydration, weight loss, electrolytes and acid-base imbalances, and even death. In an article by the Cleveland Clinic, it was stated that the cause of hyperemesis gravidarum might include: rapid rise of serum levels of hormones such as oestrogen and HCG (human chorionic gonadotropin). The article also offers information on treatment of this rare disorder and preventive measures.