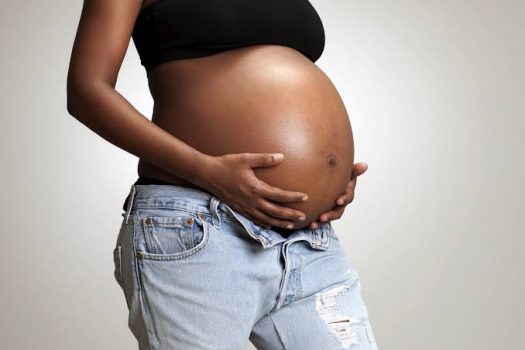 The intensity of the joy that accompanies motherhood has not successfully erased the terrifying transformations that greet the woman’s body. The nightmare of many African women is to see their once cherished bodies change from the beauty they once were to what they perceive as ugly. Through generations, many women have always perceived their bodies as precious possessions that must be kept and protected from the reach of unwanted transformations such as weight gain, acnes, etc. Pregnancy on the other hand, has proven to be a sickle that digs these so-called protected bodies out of their most secure places.

One of these changes that tend to be the most bothersome to women are stretch marks. Stretch marks are normal in women due to the strenuous stretch the stomach undergoes in order to host a baby. Many women are usually left with enlarged, deflated, flabby stomachs begging for firmness, all coiled up with stretchmarks.

Another change that occurs in the body of women is weight gain. Despite gaining weight as a natural and necessary part of pregnancy, some women cannot get past the numbers that have risen on the scale and do not seem to want to disappear even after pregnancy. The thought that their bodies may never look the same post-pregnancy has sunk many women into postpartum depression as they tend to see themselves as fat and ugly, and some women reportedly put off having children because of this fear. Also, due to the heaviness of the breast during breastfeeding, the ligaments that hold the breasts get overly stretched, which leads to the sagging of breasts. It is harder for African women because the tides of modernity and the influence of westernisation have confined beauty to firm breasts and buttocks, and many women, including mothers, are in a race to meet up with these so-called beauty demands. Other changes include increased workload, sleeplessness, pain during breast feeding, etc.

Over the years, some women have shown to be untouched and have embraced these changes well; however, many are yet to see these changes as anything more than a plague of despondency. The frightening aspect is that, in some women, some of the changes that occur in the pregnancy stage are most likely not to disappear in the postpartum stage if deliberate efforts are not channelled towards that goal.
Here are five tips that women should adopt for a struggle free postpartum body recovery.

Every woman should first keep in mind that each pregnancy experience is unique. An individual can have different changes in her multiple pregnancies. For each change, their symptoms may range from mild to severe, but these tips will be a lamp to the desired outcome.

Every woman needs to work toward the acceptance that their body will undergo a lot of changes, and these changes are worthwhile because of the life they have produced, and although it may take a while, they are capable of gaining their pre-pregnancy body back. Women need to develop a willingness to view bodily changes as part of the journey of motherhood, a means to an end, and something that’s completely revolutionary, instead of something to be feared. For every journey of change, acceptance of the current state is needed to achieve the desired state, and working on postpartum body is definitely not an exception. An article clearly points out that there is need for bodily acceptance before the desired outcome. Acceptance is important because of the energy and enthusiasm it provides to embark on the restructuring journey, contrary to the lassitude that accompanies sadness.

Every nook in Africa has one woman somewhere in public with a raised blouse and her breast in her baby’s mouth, or with her blouse dripping with breast milk. Motherhood comes with different demands, but looking unkempt is definitely not one of those things. African women should endeavour to look as great as they looked before they became pregnant. Although it is true that old clothes may prove difficult to fit, it still doesn’t erase the place of putting on nice clothes. The inability of women to take care of their looks or the level of neglect women show towards caring for their bodies after delivery, invariably leads to unhealthy comparisons with other women who are yet to bear their own children and this eventually leads to postpartum depression.

The positive effect of looking glamorous cannot be overemphasised. Data shows that appearance plays an active role in building confidence and self-esteem, and every woman sure do need to be confident in their skin.

Pregnancy and post-pregnancy is usually chaperoned by food cravings. Many women in this stage of their lives become susceptible to the continual appetite they have for food and consequently eating whatever they see and anytime they feel hungry. Eating healthy procures tons of benefits such as healthy heart, weight loss, healthy bones and teeth, good energy level, memory and brain health, etc. WHO points out that eating healthy helps to prevent diseases such as diabetes, cancer, obesity, etc.

Achieving or maintaining good health is deeply rooted in eating healthy. It becomes rather complex here in Africa due to the sometimes limited number of dishes available, and the fact that many Africans are not patronisers of fruits and vegetables. Here is an article that provides ten feasible ways to eat healthy as an African.

Given the overwhelming evidence of better health that exercising has produced over the years, there is a need for all women, especially those in their postparturm stage, to be physically active. This is essential if a healthy and fulfilling life is desired. Medically, it has been proven that people who engage in regular physical activity have lower risk of heart disease, cancer, obesity, etc.

Exercise is the miracle cure that every woman battling post-pregnancy weight should go for. In a world where people perceive inactivity to be a pleasurable experience, it is pertinent to note that inactivity does more harm to the body than can be explained. A research conducted on the residents of Norway, shows that people who were inactive in both 1984-1986 and 2006-2008 had a 2-fold higher likelihood of mortality from cardiovascular disease.

A postpartum workout should focus on building up the muscles of the woman’s torso. Here are different exercises that will help women get through this stage.

Reading books on postpartum health will keep the woman’s mind abreast with the demands of motherhood as well demystifies the complexities that are rooted in this stage. A lot of women need enlightenment on how to live a happy and fulfilling life after bearing children. Lack of this knowledge has driven many into pain, struggle and depression. Rather than moving blindly in this stage, books help to provide better ways to achieve postpartum goals.