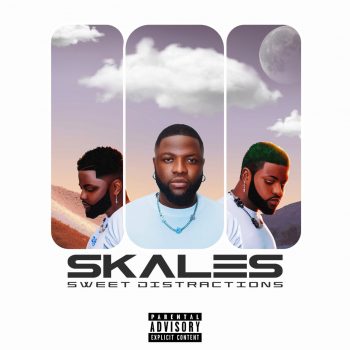 As an indie artiste, Skales seems to make the best choices with his record productions, and content directions. However, “Sweet Distractions” is one with a very distracting direction itself.

The gentle flutes hit you first followed by his self-pepping intros. And what hits you next is a barrage of nerve-soothing vocals, laced with inspirational lyricism, buttered with a heavy drum bass, mid-tempo trumpets, slow piano chords, and one of the best rap verses served by Skales, in recent years. “Hope, Freedom and Love” opens this project, with the needed gusto and confidence that can be expected by someone with over two decades of experience in the music industry. And if there were any doubts one might muster about prominent Nigerian singer/rapper, John Raoul, better known as Skales, then this latest studio album dubbed, Sweet Distractions, addresses them all.

‘From the first time I met you/ Me, I know sey I go get you now/ Just because I am next to you/ my player days are over now,’ the second track, “Player Days,” brims with all the sweetness of a cliché lover-boy record. This is Skales’ emphasis of his vocal prowess, being one of the very few musicians within the West African music scene that juggle rapping and singing as easy as a circus veteran with sticks.

Bringing his co-Nigerian singer/rapper colleague, Blaqbonez, on “Pants on Fire,” Skales maintains a high momentum through the first three songs on this album. Building up the energy with every track, “Pants on Fire” offsets a slow-groove, laced with Blaqbonez’ signature talk-rapping bars, and Skales’ stretched falsetto. It becomes an effortless hit-track, with the recent reign of the ‘alte’ era.

Still maintaining a fast-pace, the album transits to a dance-heavy bop with the fourth track, “Say You Bad,” which is laced with vane, sensual lyrics, synth chords, and machine-altered altos that give off a very enticing dancehall vibe. And with “Kpakurukpa,” Skales stamps his versatility, with the Amapiano bop. It is another club-friendly record, with head-bopping and waist-wiggling hypnosis. And by the time you reach the sixth track, “I Dey Miss You” featuring the Nigerian chanteuse, Imanse, one will have been belly-filled with excitement, reliving the very reasons that might have made them fall in love with Skales’ artistry since his breakout in the late 2000s. And the next eight songs only help to further solidify that realisation.

With several arrays of hits, including three studio albums and one extended-playlist (EP), Skales has nurtured a legacy of being one of Nigeria’s most profound lyricists. Songs like “Temper” featuring Burna Boy, “Shake Body,” “This Your Body,” “Man Of The Year,” among others, are instant favourites reflecting the singer’s intimate and intelligent artistry.

Born and bred in the Northwestern Kaduna region of Nigeria, he honed his career writing and freestyling raps. With influences from the 90’s American Hip-hop, among others, Skales continued to cut his teeth in rap/Hip-hop. His musical ambitions bloomed from his secondary education to his early days at the University of Jos where he would later meet Jesse Jagz and Jeremiah Gyang. From open-mic rap contests at university, to getting discovered by Banky W, in 2009, Skales continued to shine for his sleek-tongued drake-esque lyricism.

Skales’ transition to mainstream Afro-pop began in his early days at Banky W’s Empire Mates Entertainment (EME) record label, with songs like “Mukulu,” “Komole,” among others. With every single compilation-piece, he has continued to blur the lines, however, between his rap and singing signature, tilting the scales towards a singing Skales. While his songs soar as sonorous and sensible (most times), his raps still carry that edge, despite not being a commercially-appealing product in the Afro-music scene at the moment.

With his collaborations, Skales steps outside his comfort zone a bit, tapping his old-time collaborator, Rotimi, as well as other heavyweights such as the Ghanaian whiz, Stonebwoy, and Nigerian superstars Davido, Zoro, Zlatan, Blaqbonez, Kabusa Choir, and Krizbeatz. The chemistry on the records, however, show less experimentation, and safer practice. Minus “Katapot,” featuring Zoro, and “Selese,” featuring Zlatan and Krizbeatz, all other collaborations are under-stretched for their potential. The flows seem like they are stitches of individual snippets, rather than unique conjugation of melodies.

As an indie artiste, Skales seems to make the best choices with his record productions, and content directions. However, “Sweet Distractions” is one with a very distracting direction itself. The album is recorded like a compilation of several EPs, with divergent content directions. Cohesively, it’s a bit of everything, but feels like nothing precisely.  It suffers from a track-listing quagmire, that pits a barrage of club bops and dancefloor favourites, with introspective or soul-stirring melodies.

However, on a ratio scale, the album is unbalanced. While the first three songs highlighted earlier, alongside the star of this record, “Nobody To Somebody”, “I Dey Miss You,” “Katapot,” and “As Always,” feel substantial and evergreen, a lot of the other songs feel scatter-brained and misdirected. 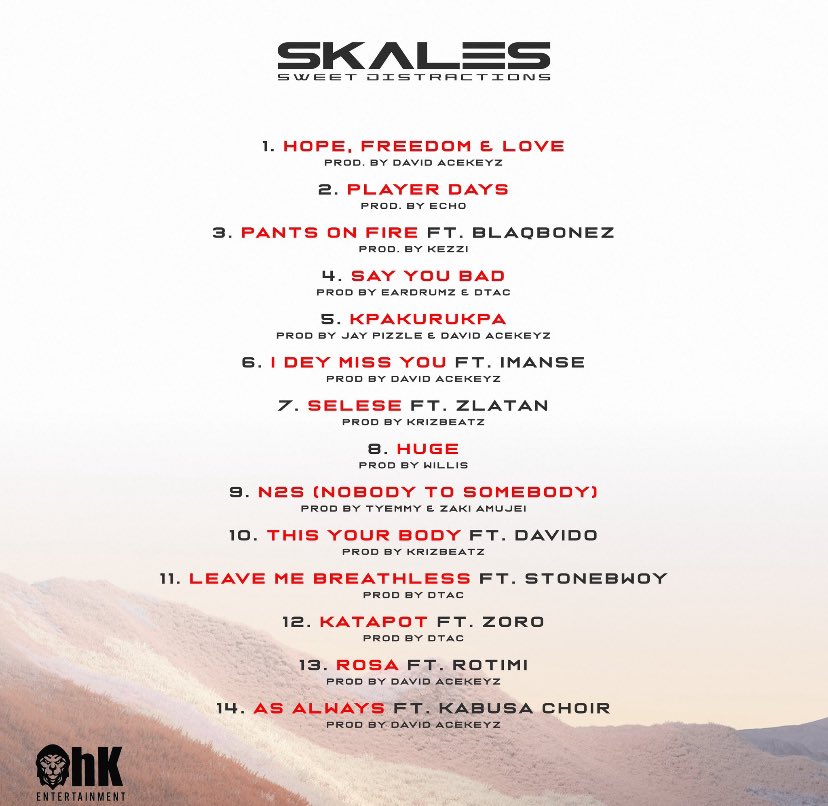 With Sweet Distractions, Skales shines for his intimate, vulnerable and poetic songwriting. While his versatility and vocals continue to ice the cake on his career, his vision as a one-man army seems to continue to distract his tensions and attract the right attention to his music. With this new album, Skales levels up, showing strength, range and finesse. If one thing is clear, it is that this vocal maestro is poised to tip the scales, tilting towards the affection of all with his evergreen records.

Chinonso Ihekire is a multimedia creative, with expertise in music journalism, photography and filmmaking. His critiques have appeared in several pan-African publications including PanAfricanMusic, Wakonte, Guardian Life, More Branches, Afrocritik, among others. He believes in the power of art to positively transform society. When he isn’t busy being a music nerd, he enjoys binge-watching fantasy movie series, writing poetry or organising youth raves. Connect with him on Instagram @Chinonsotherevolutionary.