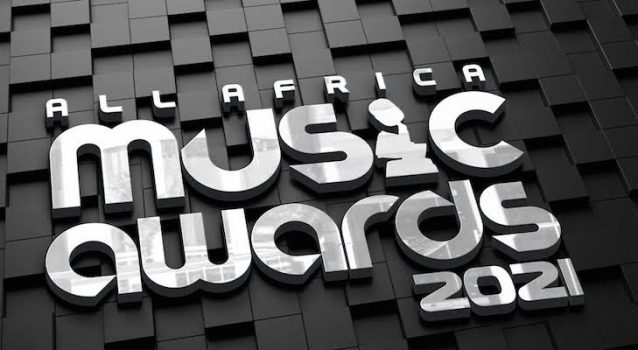 AFRIMA 2021: African Stars Duel For “Album of the Year”

This year, 11 superstars across the continent jostle for the top prize. With smash hits like Wizkid’s “Made in Lagos,” to Aya Nakamura’s “Aya,” AFRIMA 2021 is set to be one of the most intense the award show has ever witnessed.

The much-anticipated All Africa Music Awards (AFRIMA) is already here. By tomorrow, we shall see hundreds of African artistes duel for over 39 different categories. One heated battle everyone is expecting is the duel for the acclaimed Album of the Year category. This year, 11 superstars across the continent jostle for the top prize. With smash hits like Wizkid’s “Made in Lagos,” to Aya Nakamura’s “Aya,” the contest is set to be one of the most intense the award show has ever witnessed.

With strong albums up for the win, in no particular order, let’s explore these projects and why they are so special.

Wizkid (“MADE IN LAGOS”: Nigeria)

Wizkid’s “Made in Lagos” is not just a special album for Nigerians but one for the whole of Africa. The album has become one of the most internationally-acclaimed projects, peaking on Billboard World Music Album chart, as well as producing platinum-certified records. The 14-track sound piece is the Lagos-bred singer’s fourth studio album , and it certifies his sonic transition from a crude pop-heavy tune to a softer RnB-heavy fusion. The entire soundtrack underlines Wizkid’s perspectives on love, romance and survival, with standout tracks from global heavyweights such as Jamaican superstar, Damian Marley, Grammy-winning US Singer, H.E.R., among others.

The album has also been submitted for possible consideration for the 2022 Grammy awards.

Another critically-acclaimed project from 2020 is Davido’s “A Better Time.” The sophomore project from the award-winning singer is a powerful upbeat and groovy sound piece that features heavy international collaborations from artistes like Lil Baby, Chris Brown, Nicki Minaj, among others. The 17-track album is laden with infectious Pop grooves, as well as a stellar track listing that allows for a seamless listen. It has been acclaimed by critics as a vibrant and subtle evolution of the Afro-pop king.

The album has also charted on Billboard 200, as well as Apple Music charts. His album supersedes his former project dubbed, “A Good Time.”

Self-acclaimed Giant of Africa, Burna Boy, is an artiste with one of the most enigmatic discographies in the continent. His Afro-fusion album dubbed “Twice as Tall,” is not only a Grammy-winning project, but also one of the most exciting releases that sound-tracked the COVID-19 pandemic year. It is an optimistic, social satire, with a spin of jovial groove. It houses standout tracks such as “Wonderful,” “Monsters You Made,” “Onyeka,” among others, with heavyweight collaborations from Africa and the US. The album release was accompanied by a comic book “The Secret Flame,” narrated by Burna Boy’s grandfather, Benson Idonije, who managed Afrobeat progenitor, Fela Kuti.

The album is actually not just widely received across Africa, but is one of the most-streamed African projects from last year, with over 1 billion streams across digital stores.

Apart from being one of the leading ladies of Afrobeat music, Tiwa Savage is an artiste per excellence. Her last album titled, “Celia,” was one standout piece that showcased her strength as a musician and music A&R. The 13-track record is woven with themes that encourage women, as well as serves some heart-stirring love anthems, with a sprinkle of upbeat groove. It features US superstar, Sam Smith, as well as other continental heavyweights such as Davido, Dice Ailes, and others. In its first day, “Celia” generated 20,055,986 streams across music platforms, YouTube & YT Music, Spotify, Audiomack and Boomplay, the biggest opening day streams by an Afrobeat female act.

Veteran rapper and music executive, Olamide, came out in the middle of last year with an unforgettable album that heated up the African music scene for many months. The 12-track album, which is also his 11th studio album, is dubbed “Carpe Diem.” Like its Latin moniker, the album attempts to ‘Seize the day’ or ‘Seize the moment’ as Olamide affirms that he is choosing to seize the moment rather than gape at it. The slow-burning project is a sonic wonder that captures the rapper’s perspectives on survival, sex, love, among others. It features a lot of Nigerian emerging acts, such as Fireboy DML, Omah Lay, and others.

Within the Malian rap scene, Iba One stands tall as a maverick for miles. His latest work dubbed, “Mon Empire Vol. 2,” is a 17-track project that solidifies his position as a musical legend out of Africa. While he raps in his native Malian lingua, the popular singer is respected for his musical mastery, especially for his griot heritage and kora-fusion skills. He is regarded as an advocate for Le Rap Populiste, which essentially embodies his liberal nature as an artiste.

Since her 2017 debut dubbed, “Journal Intime,” Aya Nakamura has been a regular chart-topper within the French music scene. The Bamako-born singer of Bard heritage is a master of Afro-fusion, wielding Zouk, Afro-RnB and Afro-Pop to create compelling songs that not only unnerves the chauvinist-dominated population of French music listeners, but has become the global billboard for French-African music.

With her 2020 self-titled album, heavily stewed in love, life and self-liberation, the singer packs melodious groove, emotive lyricism, stellar features (including collaborations with Stormzy and Ms. Banks), to stand out as both a fan-favourite and an exceptional project.

The 15-track album is also one of the biggest musical exports from Francophone Afro music to the global musicdom.

Fally Ipupa’s latest album, “Tookoos II,” is an arsenal of beautiful melodies. Across the African scene, the Kinshasha-born’s rumba rhythms have traversed diverse ears, even those of non-Congolese origins.

Fally Ipupa who comes from a long line of Congolese rumba masters – from Grand Kalle Kabasele from the (African Jazz) ‘50s, to the legendary Tabu Ley Rochereau (African Fiesta), and Franco Luambo Makiadi (O.K. Jazz) in the ‘60s and ‘70s; Zaiko Langa Langa of the ’70s; Papa Wemba (Viva la Musica) in the ’80s, to Koffi Olomide (Quartier Latin) and the Wenge Musica band of ‘90s and 2000s – continues to reign as the prince of the Afro-dancehall music in Africa. With “Toookos II,” Fally Ipupa has become part of the Afrobeat to the World movement, with sound evolutions that see him explore more European styles over his traditional rumba notations.

Mohamed Sylla who goes under the moniker MHD has carved a legacy for himself as one of Africa’s most vivacious rappers. The French artiste of Guinean-Senegalese origins is best known for pioneering the Afro-Trap legacy, with his continentally-smashing hits. In France and Africa, MHD continues to power his fame batteries with his hit-laden albums, the most recent being “Mansa,” which was released mid-July. Singing in his native tongues of Fula, Wolof and the borrowed French Lingua, MHD has amassed a significant following across West Africa. “Mansa” effortlessly blends West African pop and dance music with western rap. Guests on the album include Nigerian singers Naira Marley on “Fiesta” and Adekunle Gold on “Wonder Ma.”

After the Congolese heavyweight, Gims, released “Le Fleau,” aka, “The Scourge,” last year, he went Platinum in record time. This indicates the vocal prowess of the young rap maverick, who blends French into one of the deepest Hip-Hop lyricism available in the entire DRC. The singer has also reissued the release of his stellar soundpiece, announcing that he will no longer rap anymore.