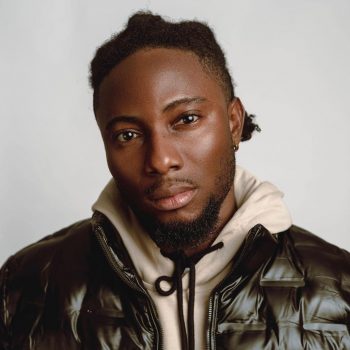 The biggest strengths of the EP are the great singing and impeccable production. It is an album that can be danced and vibed to, and it deserves good airplay.

The Cross River-born singer, Teego Omori, is not exactly a newcomer in the music industry. Like many, he has steadily walked his way in the industry to the stage where he currently enjoys a good degree of airplay in many corners. Signed by Gaius Chibueze (Bitcoin Chief) to Konvest Music, Teego has released singles since 2018. Some of his songs include Lagos, and the Christmas season hit, Give Away which enjoyed massive airplay and trended on social media at the start of 2019. Another notable song is Money is Coming where he featured Peruzzi. Teego as well as his label, Konvest Music, has done quite an amount of work in the past few years. Some of his songs, particularly, Money is Coming had a video which went on to chart in MTV Base.

The Konvest Music artiste’s new leap into the industry is an EP titled Koncentration in which he tries to serve the spice of his talent to the populated table of the musical scene. The EP which has 7 songs, and samples Fela Kuti’s Lady, features a guest appearance by Davido and experiments with Reggae sounds.

From the first music off the project, titled Toreira, it is evident that Teego as a singer has matured in musical voice and singing technique. The orderly and yet stimulating way in which he sings on this track, the vocal from Lady, one of the Africa’s most sampled music—riding on the production by Cracker, makes for a very good listen. The song is danceable and serves as a good introduction to the EP.

In Oga, produced by Teego himself, he sings against betrayal and the act of putting another person down, and espousing unity as a virtue instead. Here, he sings, “Oga, oge eee, don’t you put another man down/ we are here for each other.”

Next is the track, Convoy, which features one of the industry’s biggest hitmaker, Davido. This track is the most energetic off the album, perhaps, because of Davido’s presence and Napji’s hard-going production. The two have a very similar musical style which shows in how well they blend on the song.

This is even more clearly shown in the following track, Update, perhaps, the most impressive off the album produced by Pimp. The song could have as well been done by Davido. The chorus of the song in its steadily ascending crescendo and its serenading is exactly the kind of song that would be a monster hit in the hands of the DMW boss.

The following track, You produced by Northboi The Oracle, also makes for a good party jam. The simple but delicately delivered production and the song’s steady-going rhythm lends it an appealing groove.

In the penultimate track off the album, NFTB (Nothing Freak The Boy), Teego experiments with Reggae sounds as he espouses positivity for the future after a few disappointments from past friends. With commendable delivery, he sings, “…been through the good and the bad times/a lot of people switched up on me when it’s their time/but life goes on, better days ahead/ nothing freaks the boy anymore yeah.” In this self-produced track, perhaps, the most meaningful off the album, the artist demonstrates his ability to dabble into a different sound and that indeed, he can sing about deeper and topical issues not involving affluence, women or money.

Koncentration featuring Feeziks, the final track off the album which is also the title track, could as well be said to be about giving in to distraction. It is an ironically named track, and here Teego sings “Everytime I dey with you, I be acting like a fool, you gat my concentration.” The track rounds up the EP.

The album does not do much as regards brave and ingenious ideas shown recently by the likes of Tems, Omah Lay, Blaqbonez, etc. Teego has a unique sound, and the producers have done a good job, but the idea behind the music does not scream. There is nothing challenging the conventions of our knowledge of music yet. I hope the artiste grows more in this regard. The biggest strengths of the EP are the great singing and impeccable production. It is an album that can be danced and vibed to, and it deserves good airplay.

However, Teego would do well to continue to expand his influences like Burna Boy did when he came into the industry. I would certainly love to hear what this singer can do on a variety of other sounds. His performance on NFTB certainly leaves me anticipating other reggae sounds from him. Till then, I enjoyed this project immensely, and I absolutely recommend it.