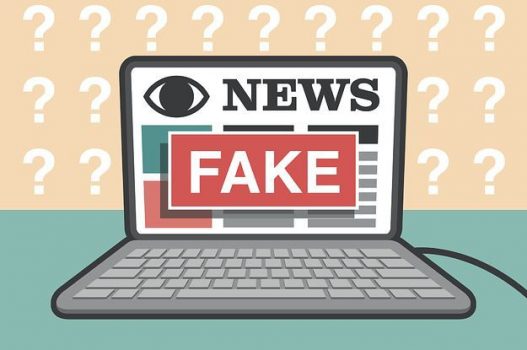 How Misinformation is Becoming Prevalent in African Media Spaces

Media houses have, regrettably, resulted in distorting information, such that it becomes difficult, if not almost impossible, to sieve the truth from falsehood…

South African journalist, Verashni Pillay, once wrote about how sensational stories spread like wildfire in South Africa, particularly crime stories that gather much public attention, and the ways these stories are reported in the media. First, the stories, in contrast to others, are placed in sections or columns that readers cannot easily overlook, until soon after, the stories spread and become part of national conversations. Then, as is with scintillating stories, the stories are presented using wordy metaphors that make them almost fictitious, sometimes presenting a victim of a tragedy as the hero, and the perpetrator of the crime as the villain.

During the COVID-19 pandemic in South Africa, one study showed how news about the disease outbreak was reported by local media outlets. They found out that the majority of national newspapers reported news on the pandemic in an alarmist tone, with a greater focus on the worst outcome, while providing little to no information about how to ensure personal and public safety. Only a few actually helped spread useful information, and debunked myths and rumours about the pandemic. This, in effect, shaped the way the public reacted to the health crisis, putting people in a constant state of panic.

(Read also: Blogging is Playing a Big Role in the Spread of Fake News in Africa)

Information has never been easier to access in history than now. It is possible to stay up-to-date with current events as they unfold in real-time, to look out for trends, news stories, and newer discoveries. The presence of social media exponentially maximises the reach of information to global audiences. In democratised societies, media freedom also offers both traditional and electronic media outlets the liberty to communicate information with transparency, report the abuse of power and other corrupt practices, to inform and educate the public.  To an extent, broadcast media helped the public hold those in power accountable for unlawful or unjust activities when they are exposed. We saw that play out during the EndSars protest of 2020 in Nigeria, with large media coverage, especially on social media,  as events unfolded.

However, with this breakthrough in accessing information, misinformation prevails among the public. It becomes worrisome when media outlets, especially electronic media, cannot be held accountable to give the correct information. Media houses have, regrettably, resulted in distorting information, such that it becomes difficult, if not almost impossible, to sieve the truth from falsehood. These actions, deliberate or not, are designed to mislead, drive an agenda, and ultimately stir up reactions from the public. It has now become necessary to properly scrutinise the information that is received from the media.

We have become all too familiar with the term, “fake news,” especially in the age of social media. Sensationalism, or yellow journalism as it is referred to, involves using selected tactics to report stories in a way that invokes a reaction, whether positive or negative – although mostly negative – to the audience. Stories may be amplified, such that seemingly unimportant reports are presented as having much higher societal significance.

Stories may also be skewed so that they become one-sided. Sensationalism has been used by media houses in America since the 19th century, and with today’s media, catchy headlines and clickbait are the rebranded ways that broadcast media use to attract readers, however improbable the story may seem. Worse still, social media algorithms make clickbait more tiresome when unsuspecting readers are continuously retargeted with similar stories after clicking on one. An example of clickbait is the hoax story that circulated last year of a real-life werewolf found in Nigeria.

Bloggers and other web forums share stories of celebrity scandals and the likes that excite readers. As Ama Udofa writes in Second Guess, sensational journalism is, “the junk food of our news diet,” as it unsurprisingly, appeals more to the masses. After all, media houses are also business enterprises that would prioritise contents that drive sales. The problem here is that important information becomes underreported, or never reported at all.

I have previously written about how stories from Africa are reported both by African and Western media outlets to global audiences, where only stories of crises and disasters in Africa make the headlines. Also, in the analysis of business trends in Africa, negative references are mainly focused on, and much emphasis is placed on mostly South Africa and Africa, even when other countries such as Mauritania rank better in global competitiveness because stories such as these drive an agenda. We also see this play out when the media becomes a tool used in politics.

In practice, especially in Africa, it seems almost unlikely for media outlets to run free from political interference as we have continually seen media houses take sides and push one-sided political agendas. Since 2011, support for freedom in the media has declined, while support for the government to restrict media freedom has increased significantly. This was exemplified in the way the crisis situation is being reported in newspapers and television stations in Anglophone Cameroon, in support of the government. During the election in Uganda in 2021, the government began to use dubious social media accounts to spread information in their favour.

There are also problems with releasing stories without proper investigation or verifiable sources. Two years ago, the Nigerian newspaper outlet, ThisDay, published a story about a prominent preacher, and founder of the Winners’ Chapel, David Oyedepo, raising a tantrum at the US embassy for being denied a visa, which of course, turned out to be false.

Only recently, too, Nigerian channel, Arise TV was fined by the Nigerian Broadcasting Commission over broadcasting libelous and unverifiable reports about one of the presidential political aspirants, Bola Ahmed Tinubu. In 2019, CNN and other news networks in the US were sued for claims of defamation for projecting distorted footage which depicted some teenage students in a confrontation with Native American protesters, a story which after a private investigation, turned out to be false. CNN had earlier, in 2014, been criticised for using clickbait tactics with a report about rape. Interestingly, this year, the broadcasting agency’s new CEO, Chris Licht, reportedly indicated a new system of curbing the use of “Breaking News” in its news headlines, to reflect more accuracy in its broadcasting.

(Read also: The Single Narrative about Africa is Exhausting)

Perhaps it is high time we began critiquing the relevance of the stories that are presented to us as authentic. Stories have ways of shaping narratives which, in the long term, are able to alter the ways an audience perceives their environment. One way is to look beyond the headlines that do little aside from increasing click-through rates on the Internet. After all, headlines are designed to catch a reader’s attention. There has also been ongoing research into stopping clickbait by creating web extensions that are able to detect clickbait across web domains, and blocking them. Misinformation is also created and spread to paint a far better or far worse image of the reality of a situation, so, critically assessing information is another way to sieve through lies and propaganda. Media literacy will prove effective in combating misinformation.  In any case, true reporting should hold no bias. While making a profit is important, media houses also have an ethical responsibility to report only stories that are factual and can be accurately verified.