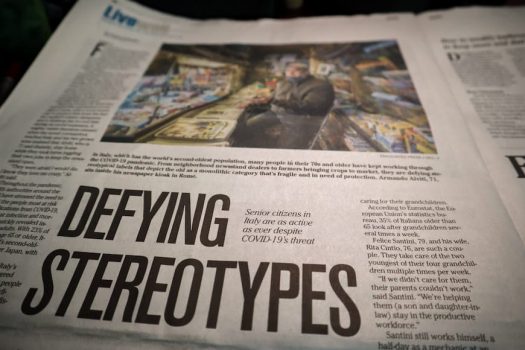 The Single Narrative About Africa is Exhausting

…this constant narrative is a display of mental laziness and ignorance, without the least effort from the perpetrators to change it…

In recent times, I have come to find Twitter as a resourceful tool in observing trends and gathering information. A few days ago, the USAID Malawi announced through the platform, a decline in the infection rate of HIV/AIDS by 61%. This is an applaudable development.  Malawi was, and perhaps is, one of the regions in sub-Saharan Africa severely affected by the epidemic. Still, when the news was announced, the picture of healthy looking, presumably Malawian children was used as display for the post.

I share the sentiment of many others who found the use of that particular picture harrowing. It is hard to shake off the feeling that the USAID is using the photograph of children to emphasise to a global audience the tagline that children from Malawi are sick. This comes months after the BBC Eyes’ shocking documentary, “Racism for Sale,” about Chinese content creators’ exploitation of Malawians, especially children, for the Chinese video-making industry and their audiences. The documentary investigation came about, when a recording of Malawian children being instructed to chant in Chinese, “I am a black monster and my IQ is low,” went viral.

Africa, of course, is not without its woes and strife. But the continent has made substantial advancement over the years. In business, for example, Nigeria is said to have the highest number of female entrepreneurs globally. Even in sports, technology, arts, literature or entertainment. Just a few weeks ago, the Nigerian athlete, Tobi Amusan, became a record-breaking World Athletic Champion. The 2021 Nobel Prize in Literature was awarded to Abdulrazaq Gurnah, a Tanzanian novelist. Afrobeats, for example, has retained a global appeal, with its artistes gathering global recognition. Africans have contributed, and are contributing in great ways to the global conversation. Yet, for every one noteworthy feat that makes it to the media — in news and movies alike — there are plenty more that sell an extant narrative of a debilitated continent.

In 1993, The Struggling Girl, a photograph taken by the late photojournalist, Kevin Carter, appeared in The New York Times. The picture showed a vulture leering at a famished child in Sudan (now South Sudan) during the famine aggravated by the civil war in the  region. The picture stirred a lot of conversations about the crisis in Sudan. It also won Carter a Pulitzer prize the following year, and became the poster for fundraisers and aid for Sudan and by extension, Africa. It has been almost thirty years since, but the media still feeds off the continent as poverty- and disease-stricken, war-torn or underdeveloped. This year, when the outbreak of monkeypox began spreading across Europe, the US and Canada, western news media outlets used faces of African and Black people to depict the disease. The argument then, was that the disease was endemic to Africa, even when there was no recorded case from the continent.

But time after time, the dangers of such narratives have been highlighted, and the immiserising effect on the people or region so categorised. Individuals and groups in African countries continuously strive in shifting the narrative of the continent in a state of perpetual desolation. An example is the Africa No Filter, an organisation that understands that narratives matter, and is changing the primitive narrative of the continent through storytelling. It begs the question of why these stereotypes still exist. It has been this way since 1993, the times before, and apparently, the present. Charity boards, fundraisers, and the likes, use these narratives to make the audience feel pity for Africa. These awareness campaigns are in a sense largely used to drive sales for souvenirs that should supposedly solve Africa’s problem.

In 2012, the seemingly sensational Kony 2012 documentary, was released by the American Invisible Children, Inc. NGO to bring attention to the actions of the Ugandan warlord, Joseph Kony to the (American) public. Celebrities also actively shared this story so much that it became viral. The group was heavily criticised about the intrusion of the West in “third world” affairs. The writer and author, Dipo Faloyin, talks about this narrative as not only misleading, but also “…played to the simple narrative of a failed Africa that the world had come to know and embrace.” The documentary emphasised another white-saviour complex that change can only come if the West is made aware of a problem and takes action.

But perhaps the problem lies more with the observers who think of Africa as a region that needs to be rescued. In 2016, the former Prime Minister of England, Boris Johnson, wrote of Africa as a land of brute force, savagery, with sick children and marginalised women, whose best fate would be to be recolonised by the British. “The best fate for Africa,” he wrote, “would be if the old colonial powers, or their citizens, scrambled once again in her direction; on the understanding that this time they will not be asked to feel guilty.” More fittingly, this constant narrative is a display of mental laziness and ignorance, without the least effort from the perpetrators to change it.

In 2018, the Nigerian writer, Chimamanda Ngozi Adichie, was interviewed in France as a guest of honour at an event. The French journalist, Caroline Broué, asked Adichie whether or not there were bookshops in Nigeria. To this, Adichie responded that asking such questions reflects poorly on the journalist, and by large, the French people. The same year, the American rapper, J Cole headlined for the Castle Light Concert in Nigeria, and he shared the experience in a Twitter post. The comment section were littered with questions about Nigeria and West Africa’s development stages. Not so far off in 2021, the American sports radio host, Stephen Smith, made an outburst on live television when the American basketball team lost to Nigeria’s D’Tigers team. In his assertion, it is intolerable for the American team to lose to a (perhaps under-trained or under-qualified) Nigerian team.

When the Russian invasion of Ukraine began in February this year, news media outlets, analysts and commentators were criticised for conferring about a war in Europe in modern times as something unthinkable and only likely possible in “third world” regions such as North Africa and the Middle East.

If anything, these narratives speak more about the bearer than the people or group being projected. It displays the languidness of these observers to change and grow out of the fixed narrative about the continent. The American economist, Robert Heilboner, spoke of stereotypes in his essay, “Don’t Let Stereotypes Warp Your Judgement,” “Most of the time, when we type-cast the world, we are not in fact generalising about people at all. We are only revealing the embarrassing facts about the pictures that hang in the gallery of stereotypes in our own heads.”