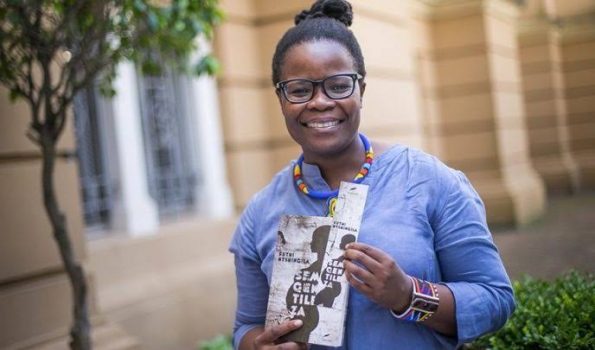 South African novelist, Futhi Ntshingila’s third novel, They Got To You Too, has been awarded the 2022 Sharjah International Book Fair Prize. She follows Cheluchi Onyemelukwe who won the 2021 award with her novel, The Son of the House.

The Sharjah International Book Fair Prize, worth 50,000 AED, rewards the best books written in the previous year by both international and local writers.

“Hans van Rooyen is a former police general raised by two women who survived the 1899 South African War. He finds himself being cared for in an old age home by the daughter of liberation struggle activists. At 80, he carries with him the memories of crimes he committed as an officer under the apartheid government. Having eluded the public confessions at the TRC for his time in the Border Wars, he retained his position in the democratic South Africa, serving as an institutional memory for a new generation of police recruits.”

Futhi Ntshingila is a writer from Pietermaritzburg, South Africa. The author of Shameless and Do Not Go Gentle, her work centers on women and marginalised communities. Futhi holds a Master’s Degree in Conflict Resolution and currently lives and works in Pretoria.