The collaboration on JAMZ is a bridge between Nigeria, Ghana, and Jamaica. They are well thought out, and on most of the songs, you would observe that the artistes were out to make hits.  And they did…

Sarkodie, one of Africa’s biggest Hip Hop exports scarcely needs to prove anything. With over fifteen years of experience under his belt, the rapper seems to be entering a mature and well-eased stage of his career. To prove this new level of maturation, the Ghana-born rapper and songwriter released a ten-track album, JAMZ, on November 11, 2022. The last four months have been spent in anticipation of the project which takes the baton from last year’s No Pressure album.

Michael Owusu Addo, the fourth of five children, was partly raised in Koforidua and Tema. He attended Intercom Programming & Manufacturing Corporation (IPMC Institute) for his first degree in graphic design. This was before he attended Tema Methodist Day Senior High School for his secondary school education.

Following strings of performances at talent competitions, Sarkodie met Edward Nana Poku Osei popularly known as Hammer of The Last Two. Osei, an established record producer, was wowed by Sarkodie’s rap flow, brought him on board and taught him the ropes of the music industry. This mentorship served as a catalyst for him to record his debut album, Makye, in 2009,  which Jayso and Killbeatz produced. The release of Makye served as the formative introduction to Sarkodie’s artistry.

Thirteen years later, Sarkodie has written his name in gold. He has shared stages  with American rapper, Busta Rhymes, and toured in the United States, Canada, France and many other countries. With the staggering number of projects released, Sarkodie has had it full. These days, you are more likely to see him with a big Cuban cigar in his left hand, a glass of alcohol in his right, strutting around your explore page on Instagram. And when he performs on stage, too, he comes through with his infectious energy, terrific showmanship, and a lot of calls and responses.

Every track on JAMZ, save the high-tempo “Confam,” has a featured artiste. “Confam” is a hilarious retelling of what’s obtainable in a typical Ghanaian club. Just as expected, Sarkodie rode on Amapiano to craft this track. The lyrics are a mixture of Twi and Pidgin English. The track is starts with skittering drum and synth, but it gets enlivened as the track comes to life. This excitement allows him lay down his first verse; an encounter with a wannabe slay queen.

“Labadi,” a hot soup of Afrobeats, Amapiano, and Ghana Highlife, highlights King Promise’s sonorous voice on the hook. This album opener is a scintillating track that revolves around sweeping a girl off her feet. He becomes more declarative in his two verses.  It is a  near-perfect complement to King Promise’s hook.

Sarkodie’s ability to live up to the title of this album is commendable. A “jam” is a colloquial term that refers to a favourite or hit song. Just like the title suggests, he selected potential bests for this album. The collaboration on JAMZ is a bridge between Nigeria, Ghana, and Jamaica. They are well thought out, and on most of the songs, you would observe that the artistes were out to make hits.  And they did. The album finds him wading through topics like money, sex, party, love, life, and more.

Oxlade, the “Ku Lo Sa” crooner, increased his number of collaborations with Sarkodie to four with “She Bad.” After Oxlade confessed on “Non Living Thing” that he was a “non living thing” if a girl leaves him, finally, he makes another confession, tagging  his girlfriend as a “bad girl.” This time around, it’s complimentary. She’s “bad” because she motivates him for grander tasks, and shows support to him when things fail to take shape.

On the Ink Boy-aided “One Million Cedis,” Sarkodie opens with a cadence that flows along with the fast pace of the song. The end rhymes are incredible, and when he interpolates lines from Rihanna’s “Umbrella,” they align. In this song, Sarkodie is out to give his girlfriend all she wants, regardless of comments from naysayers. The production is punctuated with alluring log drums which give it an Amapiano feel.

Lojay continues in his sex-inclined song titling streak. Months after he begged a girl to be his “Only Fan,” he takes another route as he calls on another here to be his cougar. Lojay supplies the spark for Sarkodie on “Cougar” to ignite his love for older women. Sarkodie is more assertive on this track. He doesn’t rush but delivers his lines like a politician campaigning for elections.

On the 6th track, “Forever,” he called on Kranium, the legendary Jamaican singer, for an R&B/ Dancehall tune. The collaboration doesn’t come off well. They seem to be miles apart as the collaboration fails to sync sonically.

So much of Sarkodie’s emotional pulse is scattered on this album. He tends to be in his feelings when he talks about love. He comes out straight, says his mind, and declares his love and admiration for his potential girlfriend. On “Over Me,” he assures his girlfriend of his faithfulness. And while he might not be very honest, he still emphasises the fact that the girl’s love fuels him. Neo-soul singer, Cina Soul, takes the hook and delivers a brief  last-minute verse.

“Hip Don’t Lie”’ is the title of Joeyboy’s and Sarkodie’s collaboration on JAMZ. It’s a minimalist production that is built on Sarkodie’s admiration for a girl’s body structure, in particular, her hip. A fantastic saxophone riff ends the track, brightening it and improving its replay value. 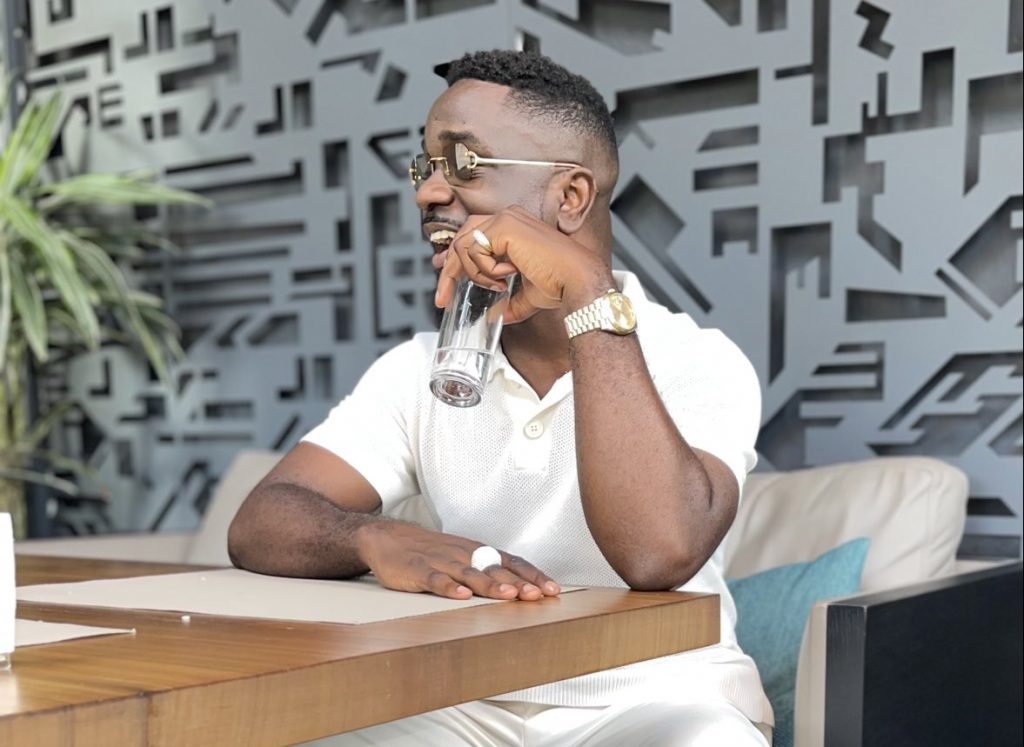 The last two songs on JAMZ switch from love and sex, and  deal with existential crises. “Country Side” takes the listeners through Sarkodie’s grass to grace stories. For this song, there is no better collaborator than the rave-making, Black Sherif, the man who crafts a song for “sad boys.” Countryside, as used in this context, refers to the “trenches” or ghetto. Sarkodie isn’t preachy as he tells his story; rather, he motivates the listener to strive for growth and success.

“Better Days” relieves a Lavi da loca lifestyle. It has a gospel aura, inspiring lyrics, and a dominating flow. BNXN, formerly known as  BUJU, provides the scaffold for Sarkodie’s story. It’s rife with pain and anguish, I am glad I made it, Sarkodie seems to say on this track.

Now seven albums deep, no doubt, Sarkodie has come a long way in the African music scene. After he conquered Ghana, he spread his tentacle to other countries.  At the end of the thirty-five minutes of JAMZ, you notice that this journey seems to be on a roller coaster, and the stop signs are nonexistent.  On JAMZ, he effortlessly tells his story, make songs for parties, and talks about sex while expertly co-opting other artistes into the task.

JAMZ seems more like a collaborative album. With nine features on a ten-track album, there is no doubt that Sarkodie is all out to tap from his fellow creatives, spread his tentacles into other cultures, and more importantly, sustain his name in the minds of people. He mixes the Twi language with Pidgin on this album. For every line you hear said in Twi, he follows it with two in English. Sarkodie also explores other cultures, showing his versatility and artistic range.

Does Sarkodie have anything to prove? Absolutely NOT. Does he still have the fire in him after years of singing and rapping? Surely, he does. If you are ever in doubt, a spin on JAMZ would help.