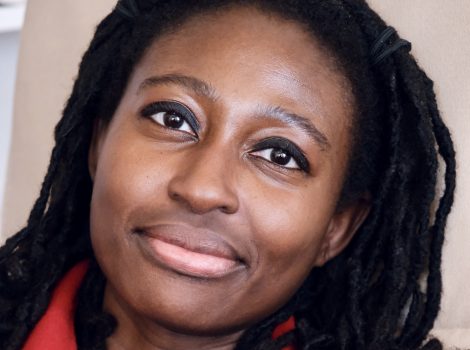 The annual prize which has a cash prize of £10,000 is awarded to a book of fiction that is deemed “genuinely novel and which embodies the spirit of invention that characterizes the genre at its best.”

Nigerian-British novelist, Helen Oyeyemi’s 2021 novel, Peaces, is on the shortlist for the 2022 Goldsmith Prize.

The Goldsmith Prize was established in 2013 to reward fiction that “breaks the mould or extends the possibilities of the novel form.” The annual prize which has a cash prize of £10,000 is awarded to a book of fiction that is deemed “genuinely novel and which embodies the spirit of invention that characterizes the genre at its best.”

“The prize-winning, bestselling author of Gingerbread; Boy, Snow, Bird; and What Is Not Yours Is Not Yours returns with a vivid and inventive new novel about a couple forever changed by an unusual train voyage.

When Otto and Xavier Shin declare their love, an aunt gifts them a trip on a sleeper train to mark their new commitment—and to get them out of her house. Setting off with their pet mongoose, Otto and Xavier arrive at their sleepy local train station, quickly deducing that The Lucky Day is no ordinary locomotive.

Their trip on this former tea-smuggling train has been curated beyond their wildest imaginations, complete with mysterious and welcoming touches, like ingredients for their favorite breakfast. They seem to be the only people on board until Otto discovers a secretive woman who issues a surprising message. As further clues and questions pile up, and the trip upends everything they thought they knew, Otto and Xavier begin to see connections to their own pasts, connections that now bind them together.

A spellbinding tale from a star author, Peaces is about what it means to be seen by another person—whether it’s your lover or a stranger on a train—and what happens when things you thought were firmly in the past turn out to be right beside you.”