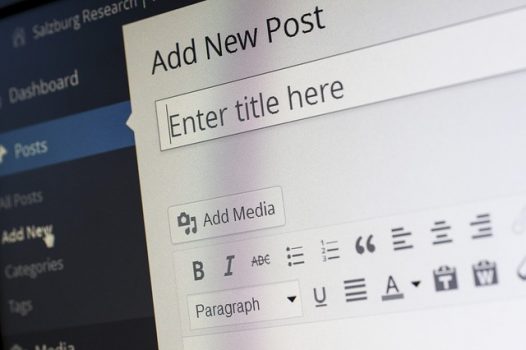 Between 2006 to 2011, the number of blogs globally grew from 35 million to 181 million. As at 2022, there are now over 600 million blogs in the world, out of over 1.9 billion websites. This significant increase over the years of blogs mirrors its lucrative underside…

Before 1993, the advent of blogging, people kept diaries. Diaries were used then to write notable events, and personal life adventures, both the interesting and the mundane. By 1994, 19-year-old Justin Hall started personal blogging, an online replica of his personal diary. Hall was famous for sharing dirty details of his life on his website. Originally known as “weblog,” the blogging system will let early Internet users “log” their day in diary-style entries to a personal website. With the E-commerce benefits and ability to reach a wide range of potential clients, blogging became a tool adapted by Africans. Having no particular historical trace, Africans are said to have indulged in the blogging business to be able to portray a positive narrative of the continent.

Not long after the discovery of the growing influence of blogs, many entrepreneurs began to look into its marketing potentials. As the usage and accessibility of the Internet grew, so did all the innovations tied to it, including blogging. Between 2006 to 2011, the number of blogs globally grew from 35 million to 181 million. As at 2022, there are now over 600 million blogs in the world, out of over 1.9 billion websites. This significant increase over the years of blogs mirrors its lucrative underside.  With the increase in the population of the world, as well as Internet usage, the world has become a global village. Online businesses today are making huge incomes, mostly from viewership and subscriptions. Blogs have found a way to milk this opportunity.

Blogs, a visual alternative to podcasts, have the primary advantage of being more detailed and informative, lending words a more flexible and creative edge. Blogs, like podcasts, are categorised into niches such as food, fashion, movie, makeup, etc. However, the most notorious from the many blog niches have proven to be the news and lifestyle blogs. As their name suggests, they feed off news as well as trending, sensational stories. News blogs in Africa such as Omgghana, Nairobiwire, Mpasho, Linda Ikeji’s blog, and many others have more creative freedom, unlike traditional journalists who can have their license revoked for putting out unconfirmed or fake news. Bloggers are, most times, not held accountable for the false information they publish. Such is the freedom bloggers wield. They source information from traditional news websites as well as local gossip. The inability, then, of both financed and underfinanced blogs to verify their news makes their content less credible than obtains on traditional news media. There comes the question, thus, as to the legal implication for the publication of fake and incredible news.  Bloggers are usually unaware of the gravity of defamation.

The first thing is to understand the concept behind defamation and cyberbullying. The Internet is the mainstay of cyberbullying and trolling, and bloggers are giving this scourge the much-needed fuel.  When should a defamation lawsuit be filed, and what are the defense procedures? The implementation of legal rights and censoring will help put bloggers on a leash, to properly structure and verify their news content.

Since 2014, there have been numerous cases of defamation against bloggers, as well as online outbursts both in Nigeria and outside. Recently, YouTube blogger Tasha-K was sued by American pop star, Cardi B and was made to pay a defamation fine of $4.1million for damages. The celebrity gossip blogger had posted a video in 2018 where she claimed the artiste was a prostitute who had contracted sexually transmitted infections and was a drug user.

In Africa, it is no different. Bloggers continue to capitalise on rumours and half-truths against celebrities, which in turn hurts the reputation of the latter, and causes them loss of endorsements, businesses and even future opportunities if their soiled reputation is not salvaged. However, most celebrities who do not sue as such defamation are now being seen as normal, especially in the entertainment industry. Notorious for libel and defamation is Nigeria’s blogger, Linda Ikeji.  The 41-year-old blogger, famous for her blog’s controversial publications online, has faced more lawsuits than any Nigerian blogger in the last decade. She has come under heavy backlashes.

In 2016, Ikeji was sued by a Mr. Olumide Babalola for unauthorised and offensive use of his picture on her blog. Recently, Ikeji was served a libel suit of 1 billion naira by the Neo-Black Movement (NBM) of Africa for defamation. The claim was that the blogger had referred to the movement as “black axe,” and also referred to them as criminals. Following the accusations, a trial was set in motion for 13th May, 2022. Also, Ikeji made it to the headlines again because of a callout by Caroline Hutchings formerly known as Caroline Danjuma on the currently-airing reality show, Real Housewives of Lagos. Hutchings had accused the blogger of being the reason her marriage to Musa Danjuma ended years ago.

In the 3rd episode of #RHOLagos, Carolyna blows hot as she defends herself against Laura Ikeji who had revealed that the reason she doesn't vibe with Carolyna was because she insulted her sister, Linda. pic.twitter.com/mXWFKd6EJh

According to Hutchings, the blogger had written that her husband wasn’t the father of her child, and she had reached out to the blogger who, according to her, ignored her pleas to validate the story. Having made headlines, it was not long before Ikeji responded saying she had never written anything of such, and that the accusation wasn’t factual.

In 2021, Nollywood star, Jim Iyke, in his Bad Comments flick, gave a glimpse of what life felt like for celebrities, in situations like that, and how a simple libel or defamation could destroy a reputation that may have taken years to build.

Cyberbully presents dangerous threats in today’s digital world to both teenagers and adults alike. In the last decade, Nigerian journalists, as well as researchers, have worked on articles on cyberbullying as much as they have on good governance, yet no real changes have occurred. In a statistical article by the JMIR foundation, targets of cyberbullying are at a greater risk than others of both self-harm and suicidal behaviours.

While a developed society where freedom of speech is encouraged is the goal in Africa, there should be regulations against the news blogs put out, as well as regulations against fake news in the “smaller presses.” There should also be encouraged the knowledge that blogging licenses can be revoked. Bloggers in Africa should be aware that with the immense powers at their disposal also comes a great deal of responsibility to their consumers. They must know that their blogging work can, directly and indirectly, cause as much good as it can cause harm.