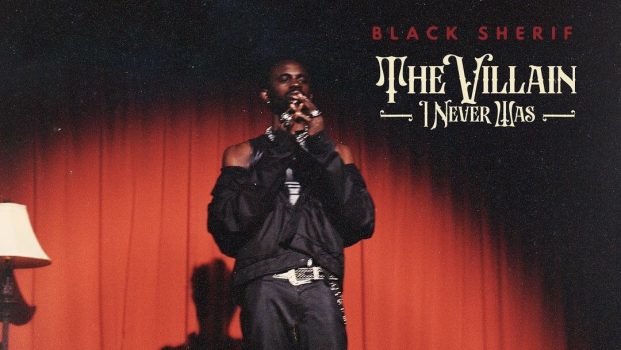 This album shows Black Sherif’s versatility as an artiste, and his innate ability to create an album that might stand the test of time…

Black Sherif has been on a roll since the release of “Second Sermon” in July 2021. He followed it up with the remix which had Grammy-winning Burna Boy stamping his iconic vocals on the drill-bursting production five months later.

Two months before the release of “Second Sermon,” there was the freestyle, “First Sermon,” a free fall of emotions, wants and aspirations from Black Sherif. It might not have been rambunctious like “Second Sermon,” yet the message lives rent free in the listener’s ears. Ever since then, Black Sherif has continued the trajectory of making songs for “Sad Boy,” a phrase he had begun to popularise.

Sad boys are sometimes expressive of their emotions. The few who do not know how to bottle it explore weed and other substances to numb their pain. Since the advent of the phrase on social media, there have been more spotlight on this abstract group of “boys.”

Sherif embodies sad boys’ aspiration, wants, and more essentially, their frequent fear about the state of the world. On “Kwaku the Traveller,” he admits to his mistakes and his lack of financial discipline. He made the song more viral with the line, “Who never fuck up, hand in the air.” Surely, no one can raise their hand. On “Kwaku the Traveller,”  Black Sherif writes his name in street history books. He tells his story, and urges the listeners to learn from it. On October 5, 2022, the Empire Record-signed artiste released his debut fourteen-track album, The Villain I Never Was.

Mohammed Ismail Sharrif was born two decades ago in Konongo-Zongo in the Ashanti region of Ghana. At a young age, he was exposed to different cultures, and they are  reflected in his music. By the time he got to Kumasi high school, Sharrif’s interest in music grew. Currently, he’s a student at the University of Ghana.

On one of his earliest releases, “Money,” Black Sherif cries for help. “Fake life I dey live every day,” he sings. In this song, he prays to God for success. He might just have finally made it if recent developments are considered.

Follow-up songs, “Destiny,” and “A Cry for Help,” are also nods to the plea for help from providence. On the latter, he sings over a hip life beat. It is not his best output yet, but still the message rings clear. On another song “Ade Akye,” Sherif says “Can’t sleep on my dream.” He tries to be menacing over a drill beat. Surely, he has never slept on his dream, the results have been paying off.

The Villain I Never Was reads like a coming-of-age story, the trajectory of a nomad. It starts with an ode to home in “The Homeless Song.” In his quest to make it out of the ghetto, Sherif bids goodbye to home, arranges his clothes, and leaves in search of greener pastures. It’s a raw and emotionally-riveting track. By starting the album with this track, Black Sherif eases the fans into his state of mind.

Black Sherif can be menacing whenever he chooses. On “Oil in my Head,” he takes things to the church and asks about his uniqueness. “Everything I touch is a blessing, all I see is blessing.” You are bound to regard this song as the only Gospel song on this album. While leaving their houses, Africans are renowned for praying and laying everything bare to the Most High. Black Sheriff did just that with this song.

The need for self-care formed a large chunk of “45,” with Black Sherif using expletive lines and expressions.

Usually, artistes suffer from anxiety. It becomes full-blown when they are in the spotlight. Black Sherif is not left out of this predicament as he goes personal on “Soja.” There, he details his battles since he became well-known. It shows in the constant dual personality he wears. “Soja” drips with so many uncomfortable truths, yet he resolves to keep on striving for success. It’s a call to action to his fellow “sad boys” and anyone who can relate to his story.

“Prey Da Youngsta” as a title is a double entendre. Literally, it means to pray to the youngster but it can also mean preying on the youngster. In this song, Black Sherif inspires the youths to rise to up, work hard and achieve success.

On the anthemic “Sad Boys Don’t Fold,” Black Sherif rides on a free-flowing beat to create a song for the much-touted Sad Boys. It is rife with hopeful expressions, but we must not forget the occasional menacing lines.

“Konongo Zongo” is a tribute to what Black Sherif’s life was at Konongo, his hometown. He finally reveals that he neither listens to anybody, nor is he open to talking about his predicament. At the end of the song, he raises his middle finger to anyone who doesn’t know him. “Who no know me no know me,” he roars.

Everyone knows someone who left their place of birth for greener pastures and have derailed and lost it. Black Sherif weaves his story around this motif on “Wasteman.” In his quest to make it, the persona joins a  gang, explores drugs, and gets lost. Black Sherif is never judgemental on this track, instead, he sounds a note of warning to the listeners to learn from the story.

“We Up” is a quick and short run through the state of mind of a sad boy who is focused, and never gets distracted by life.

“Will you only be here for the higher days? When the sweet times are over, are you gonna stay?” Black Sherif sings on the opener of “Toxic Love City.” Apparently, it’s a message to his lover. This song shows the danger he got himself into, and his constant battle with a toxic lover.

On the Reggae-inspired “Don’t Forget Me,” Black Sherif once again pays tribute to his girlfriend. On his mission to salvage his future, there would always be the need to take some difficult decisions, and leaving the girl is one for him. However, there was a need to leave her, he seems to say in this song.

“Oh Paradise,” is a tribute to a departed girlfriend. The instrumental might be bopping but the lyrics are dark. It’s a blissful hiplife track mixed with drill.

On The Villain I Never Was, Black Sherif creates an album for his “sad boys.” Here, he becomes their teacher, hope enabler, and energizer all in the same breath.  This album shows Black Sherif’s versatility as an artiste, and his innate ability to create an album that might stand the test of time.

Black Sherif The Villain I Never Was