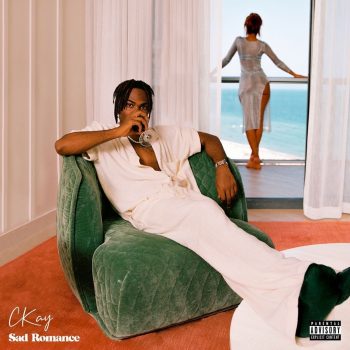 At the end of the thirty-seven-minute spin, it becomes clear why CKay refers to his brand of music as Emo-Afrobeats.  However, it remains to be seen why he tagged the album “Sad Romance,” since emotions in the project are stuck between both glee and melancholia…

CKay, the Nigerian producer, songwriter, and artiste, currently has his hands full. Since his sleeper hit, “Love Nwantiti,” became highly successful in 2021, touring has been frequent, and his name has become a staple on top music charting platforms.

The song, originally released in 2019 via his then-second extended play, CKay The First EP, got a facelift when it was remixed the following year. Joeboy and Kuami Eugene both delivered infectious verses to drive the song to different demographics. However, the push and other promotional strategies didn’t pay off until last year.

Through  various TikTok videos, the song was brought to the consciousness of the fans. And right now, it has five more remixes that cater to different audiences around the world. The last twelve months have been the busiest for CKay, and in a bid to ride on the wave of this song, he released, on September 23, 2022, his debut album which he tagged Sad Romance.

(Read also: TikTok is Bringing Down Obstacles To Music Promotion; But It is Also Creating New Ones)

The album’s first track, “You,” is a slow burner. CKay starts with his admiration for a girl, and he squeezes in some lewd lines thereafter: “Fuck you like I miss you, Fuck you like I need you.” The track’s incredible solo sax riff that runs toward the end is such a delight. The track sees CKay coming in full force, as he declares his intention to his girl; “baby, I’m in love with you.”  He is unmoved even when the girl claims she loved and hated him at the same time. “You” is a bopping, free fall of emotions.

A jangly guitar string kickstarts “Madu.” It’s a romance-spiced tune built on sex. CKay in this song is all out to tell the girl what she stands to gain when they get into the bedroom. I hope he is not making a mouthful. The brief promotional video of this song amplifies the message. From the lips and body posture of CKay and the model, down to the eye contact, it all came out well, and you are bound to ask for more. Sadly, you won’t get that.

Unrequited love forms the backdrop of the message in “Leave Me Alone.” CKay seems to have moved on from this relationship, and not even the 16 missed calls or numerous nude pictures could bring him back. “Leave Me Alone” is an ode to an almost dead relationship. 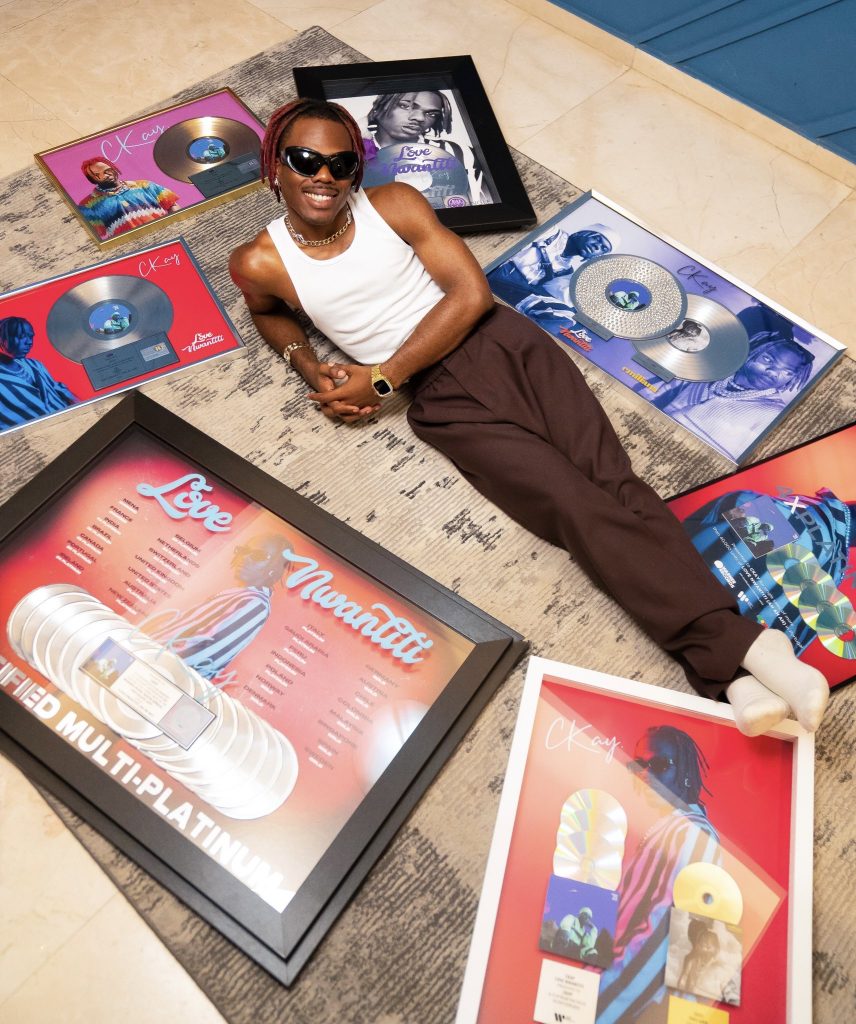 On the guitar-pivoted “You Cheated, I Cheated Too,” CKay soulfully sings about how his relationship broke down. They both cheated, and they are both wicked. It’s a lamentation-driven track. CKay seems to lament more on this track, you wonder if he had given more into this relationship.

“Come Close” sees the first collaboration come up. It is with the  star of the moment, Ayra Starr. On “Come Close,” Starr complements CKay’s incredible burst of emotions. The title of the album is obtained from this song. “Sad romance

Girl, let me rock your body from Naija to France oh.” Ayra Starr seems to have caught the love bug on this track, and she sings about being overly possessive and doesn’t care to kill if that would make her lover stick to her. This becomes their second collaboration after CKay appeared on Starr’s previous project.

Two Nigerians, Davido, and CKay, meet two South Africans, Focalistic and Abidoza, on the Amapiano-inflected tune, “Watawi.” The title is a corruption of the question, “What are we?” It is a question from a girl to her supposed boyfriend. On this song, CKay relates a story about a girl who wanted more from a relationship. “She ask me what we are and I said what are we?” he sings. She wanted to have a child for CKay, but he doesn’t want any right now.

“Soja” revolves around sex. The bopping beat is a run of tales from the bedroom. The naughty side of CKay comes up on this song, and it’s fun. The saxophone riff underneath makes the message seep in better.

The tale of Samson and Delilah is one of the most popular stories in the Bible. Cape Verdean songstress, Mayra Andrade, comes up on this song of the same name. CKay and Andrade let their guards down on this song. They allow the saxophone solo do some magic in the outro.

“By Now” sees CKay lamenting over the attitude of a girl who seems to be giving him a hard time. He seems to have had enough of the mistreatment.

“All because of you, I be on the phone, all night long, oh/No be small thing wey you do to me, oh, no, no, no/I be on my business, shawty,” CKay says on the 2021 hit song, “Emiliana.” The  song is an Emo-Afrobeats tune that details his infatuation with a girl. It narrates how he can’t take her off his mind, how they are always on call, and other things lovers do. CKay solidified the success of this song with the release of an acoustic version a few months after.

French singer, Ronisia, closes the features of the album with her incredible input on the penultimate track, “Lose You.” It’s a downpour of emotions. It sees CKay and Romisia becoming vulnerable. On “Lose You,” they sing about how they don’t want to lose each other even though there are obvious cracks on the wall.

A refixed version of “Love Nwantiti” closes the spin. This time around, there is a new verse that still shows CKay’s innate ability at going the long haul in whenever he chooses. The mid-tempo strings are retained.

At the end of the thirty-seven-minute spin, it becomes clear why CKay refers to his brand of music as Emo-Afrobeats.  However, it remains to be seen why he tagged the album “Sad Romance,” since emotions in the project are stuck between both glee and melancholia. 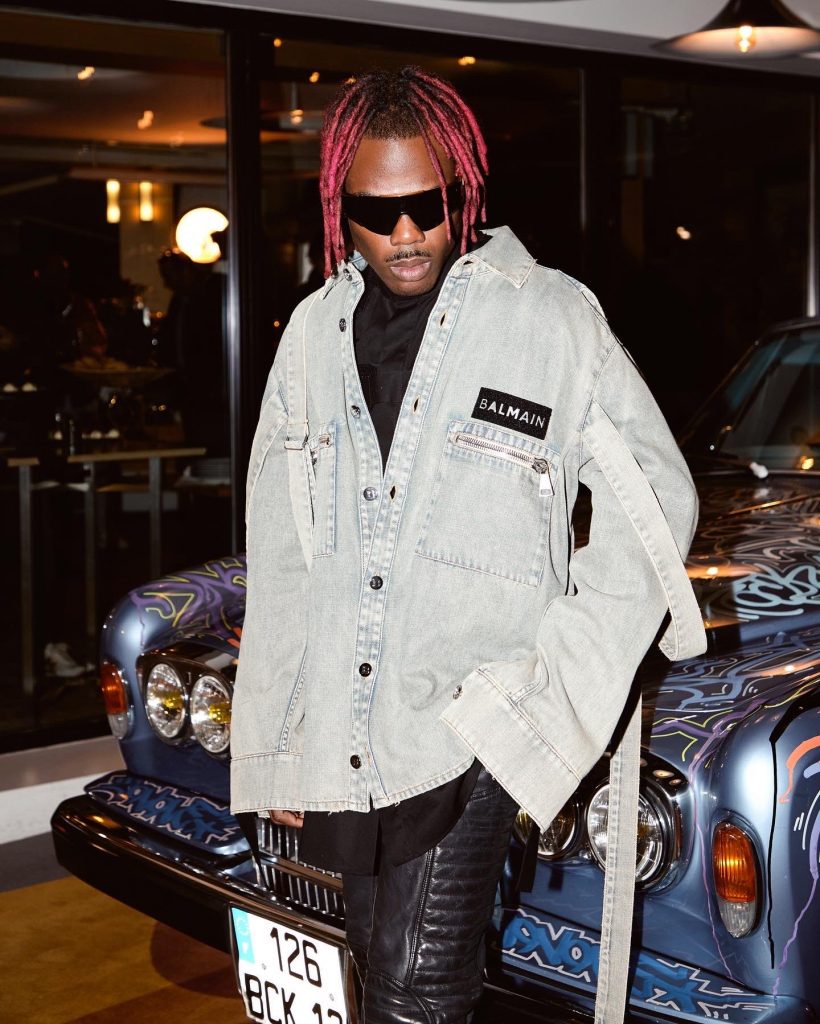 Five years after Who the F**K is CKay, it’s alluring seeing CKay releasing his debut album. It is even more astonishing that he released it while on a global musical pursuit with well-refined lyrics, defined themes, and a pristine production engraved album. It shows that the last one year’s success was never a hoax. Surely, he was prepared for stardom. A listen through this LP would obliterate doubts of willful naysayers.