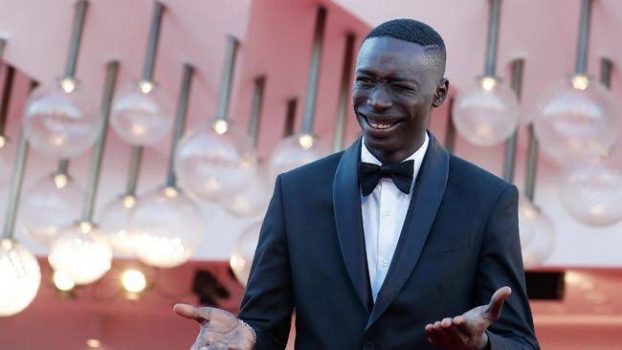 TikTok Is Bringing Down Obstacles to Music Promotion; But It Is Also Creating New Ones

TikTok needs more influencers who are prominent, can shift trends, and lower the paywall for music promotion on the app…

In the history of social media, TikTok is not just ingenious in its engineering, but served, at its inception, the critical need to help people all over the world endure life, by helping them channel their pent up creative energy and entertaining them. In 2019, two years after TikTok became active in 2017, the pandemic occurred, and in 2020, amongst the vast population of people in the world who lost their jobs, and those who could no longer go about their normal businesses, there was teeming boredom and ennui.

Social media use was generally on the boom at the time. Social media giants like Snapchat, Facebook and Twitter recorded 52%, 22% and 15% revenue increase respectively due to the COVID-19 surge. But it was TikTok which had the highest boom due to the pandemic, surpassing Facebook as the most downloaded social media app around August 2021.

In Africa, as in all over the world, TikTok has had the influence of a game changer in cultural and entertainment spaces, bridging the hedges between the elite circles and many who aspire to get in there. It has done this by creating templates for people to create contents for free and easily gain followers through a better algorithm than the Meta algorithms which have been repeatedly altered to suit undemocratic motives.

The series of short videos, often enchanting, out-of-the-box than what is obtainable from other apps like YouTube and Snapchat, often get addictive. Viewers often sit glued to their screens for hours on end, viewing the unlimited contents on the app. TikTok’s parent company, ByteDance, has had to remind its viewers from time to time to take a break and go buy snacks or drink water to cushion the addictive effect of the app on its users. TikTok is a much more understandable example of how the Internet has made a content machine off its users by creating a platform which helps them express themselves in various ways, leaving a residue of entertainment for other users.

By finding a life of its own, TikTok has had various spiral effects on the entertainment and cultural space. In 2021, Nigerian artiste, Ckay’s Love Nwantinti was one of the biggest tracks all over the world. This was made possible because the song went viral on TikTok. Although it had a sound that appealed to a universal audience, it did not make much waves in 2019 when it was released. When the song went viral on TikTok, it became a global phenomenon. From time to time, artistes have gone viral on social media applications, but none of them have been a viral dispenser of status and number like TikTok. And not only does TikTok now play an integral role in music marketing, it is also able to make viral old, perhaps  forgotten music. Earlier this year, Wande Coal’s Gentility, a 2019 song, suddenly resurfaced, going viral all over Nigeria, topping various charts in the country because it went viral on TikTok.

Over the past two years, we have seen various songs from artistes not even as mainstream as Coal, go viral because people took a liking to it on TikTok. Some of them include Morocco Madụka’s “Ọnwa,” and Grace Lokwa’s refixed version of “Kumama Papa” (by Prinx Emmanuel) which trended in the whole of Africa, to mention a few. The viral explosions came in unprecedented dimensions. It soon became evident that there was almost nothing impossible to promote on TikTok.

Like an entertainment industry of its own, TikTok has made its own superstars overnight. Recently, the dance video on the app of Togolese dancer, Bhadie Kelly  went viral, spreading from TikTok to other social media outlets. Before the viral video, Kelly was like many other TikTok dancers. Then came her 15 seconds of fame. But the difference between a TikTok 15 seconds of fame is that it doesn’t end there. The status of the app has provided a network by which a user’s 15 famous seconds can be solidified by those who get hooked on them. Before Kelly, there had been many other sensations like the 22-year-old Senegalese entertainer, Khaby Lame, who currently has over 140.6 million followers on TikTok. A factory worker who had to quit work because of the pandemic, Lame began making videos on TikTok where he imitated different people, satirising how some people made certain things more complicated than it seemed. He went viral. Lame is currently the second most followed user on the app.

TikTok took further what Instagram, YouTube Viva Video and many other video platforms began much earlier. People with talent and entertaining content are now able to scale the hurdles of the gatekeepers in the  movie and music industry to become superstars. Examples of these break-out stars are  Rodn3y, Softmadeit, BerylAma, Beauty Goddess and so on.

But like every other irony, TikTok might have replaced one set of gatekeepers with others. Inasmuch as the app has provided an avenue for people to become known without gatekeepers, the services of its influencers has increased with demands. Struggling independent artistes most times have to scratch through their nose to afford the services of decent TikTok influencers. More than independent artistes, people who are able to afford the services of these influencers are traditional record labels and establishments who themselves are gatekeepers. We are witnessing, perhaps an automated mechanism of how systems reorganise themselves to prevent becoming totally decentralised.

The problem with TikTok is that it is becoming a near monopoly because it is a more flexible application for music promotion than all its predecessors. And with all the wonders Tiktok has done in the promotion industry, especially in the Nigerian industry, there is the danger of young independent artistes who themselves are not TikTok celebrities not being able to afford the services of influencers. According to Ezeafọju, a Nigerian videographer and music manager, the prices charged by TikTok influencers for their promotion services are on the exorbitant side. “A promoter like JennyFrank collects ₦500,000 to promote a single music, meanwhile you could get promotion from prominent promoters in other platforms for much less. It is very bad because they don’t seem to be helpful to up and coming acts.” His words bring to mind the concerns a friend, Somto Papi, a recording artiste who was excited about the Wande Coal’s Gentility rising to the charts, raised. “The dangers of the power of TikTok in the music industry,” he said, “is that TikTok influencers are likely to become too powerful, and because of the God complex which comes with it, they might become gatekeepers themselves.”

TikTok needs more influencers who are prominent, can shift trends, and lower the paywall for music promotion on the app. The good thing is that the avenue for creativity in the app is limitless. The bad thing is that being original on social media is often a mentally Herculean task since many other people try to ride on the waves of the precedents set by the bigger accounts. With the competition in the app getting higher every day and with TikTok tipped to surpass YouTube by 2024, the app is inevitably moving from being another decanter of cultural barriers to stardom to setting up its own barriers.