New Technology in the Arts and Entertainment Scene: What Does This Mean for Africa?

While still relatively unpopular in most parts of the world, the virtual reality space offers an interesting opportunity for artists around the world, especially African artists crippled by a lack of representation or funding.

In 2003, American Rapper 50 Cent, was on top of the world. His first album, Get Rich or Die Trying, had sold over 800,000 copies in the first week. Naturally, this made 50 Cent one of the biggest artists in America at that time, and he reached milestones that many rappers of today still strive to meet. Fast forward 17 years later, in 2020, Canadian singer, The Weeknd, arguably the biggest artist at the time, sold over 275,000 units in its first week, a far cry from the numbers 50 did in 2003. But despite the huge disparity in sales, the success of The Weeknd’s After Hours album is several miles ahead of Cent’s Get Rich or Die Trying.

What made all the difference? Streaming platforms.

The Weeknd recorded billions of streams from several music platforms, with one song, Blinding Lights, currently at 2.8 billion streams on Spotify alone.

Less than two decades ago, the world heavily relied on CDs, illegal downloads, or iTunes to get the latest songs. But with the emergence of streaming platforms, everything changed. Now, with just a monthly subscription to a platform like Apple Music or Spotify, music enthusiasts can listen to any song from any artist without having to pay an extra fee. Not only is this a cheaper option for consumers, it also offers independent artists a chance to put their art out, without the bureaucratic nature of record labels.

Today, artists from wherever in the world can achieve global stardom by simply uploading their songs on any of these platforms.

Despite the relatively inexpensive nature of these monthly fees, music streaming has grown to reach tremendous revenues, which also shows that it was a necessary break from physical albums. For example, the total revenue from the music streaming industry in Europe reached $6.7 billion in 2017, while the United States alone rakes in over $6.9 billion yearly.

As expected, the concept of streaming has expanded into other entertainment sectors. Today, one can live stream TV shows, football matches, MMA fights, full-length movies, literary events, and so on, all from the comfort of one’s mobile phone. Additionally, the COVID-19 pandemic of 2020 also reiterated that these platforms are here to stay. 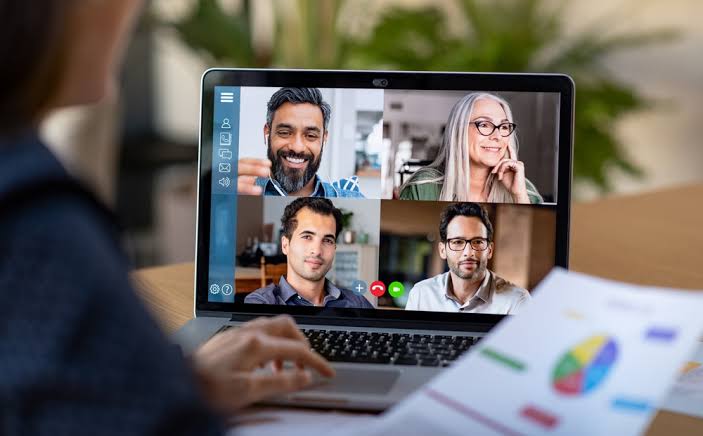 However, it is safe to say that streaming platforms are not as novel as they used to be. Today, as technology expands, the art industry sees a similar expansion; new technologies are constantly changing the direction of sales and performance in the arts industry.

Let us start with virtual reality; the COVID-19 pandemic of 2020 made us discover a hard truth about our existence and the world we live in: physical interaction might not always be an option. The pandemic crippled economies, countries, industries, and for these bodies to survive, we needed to come up with novel methods of interaction. In the employment and labour sector, Zoom, Google Meet, Slack, Trello, and Skype became a popular choice for office management and communication. With physical concerts out of the way, streaming platforms saw an immense boost, and social media platforms aimed to create virtual performances through live broadcasts.

But none of these could essentially capture the spirit of performance offered by live concerts. This caused experts to eventually integrate virtual reality technology into live performances and concerts. A leading innovator in this field is Event Farm, an experiential marketing company whose goal is to create a virtual reality space where users can attend concerts, meetings, art events, showcases in the virtual world. In this world, users can talk to other people, who would also be avatars, walk up to them, and share their thoughts about the event. This innovation was further made popular when Mark Zuckerberg announced his Metaverse plans.

Furthermore, Voice Search technology  has grown to become a popular feature among music enthusiasts in the last year. This technology — Siri, Google Assistant, Cortana, and many others — is incredibly popular in the virtual assistance scene. But it is slowly growing in the music scene, with the melody humming feature. This means that you can tell your voice assistant to play a song by simply humming a certain part of the song. Perhaps you heard a song on the radio, or you have a melody stuck in your head; by simply humming this to your virtual assistant you can find the name of the song.

While this initially appears to be an innovation you can use to have some fun, it offers African artists something entirely different: an international market. African music is slowly becoming mainstream in the international scene, all thanks to TikTok and the success of Ckay’s Love Nwantiti.

More African songs are making their way to mainstream radio stations and advertisements. Due to the language barrier, it can be difficult for people from other countries to understand the concept of a song, or even find its title by searching. This leaves these listeners with two options: use an application like Shazam or Genius to identify the song, or hum a part of the song to their voice assistant. Either way, the song gets a listen, and widens the artist’s international fan base.

Blockchain technology is also a technological innovation that could prove intensely useful in the arts and entertainment scene. Blockchain technology offers security of rights, and protects artists against fraud. Due to its rigid setup, blockchain technology makes it easy to track payment information, content, IP address, and whatnot. In addition, as is the case with non-fungible tokens (NFTs), artists are 100% sure that their copyrights and ownership rights are protected, no matter the occurrences surrounding their contract. Eventually, this will reduce cases of theft, fraud, cheating, popular in the African arts industry, and will also protect African artists against dishonest managers or bodies.