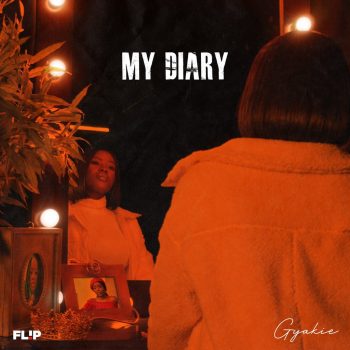 Gyakie Makes an Impressive Return on “My Diary” EP

Sixteen months after the release of Seed, it’s exhilarating listening to Gyakie again. While her thematic exploration is still restrictive, Gyakie retains her original element, showing her sonic dexterity as she explores different sounds…

My mind dey for you/My heart beats for you

Whenever I think of you/I don’t know…

If you were anywhere close to West Africa in the better part of the second half of 2021, these lines from Gyakie’s smash hit, “Forever,” would not be strange to you. The song, which was the second track from Seed, her debut extended play, signals the genesis of a star, the birth of a songstress, and the beginning of one of Ghana’s next-to-be superstars. She made a comeback with her second EP My Diary, last week.

Jackline Acheampong was born to a musical family. Her dad, Ernest ‘Owoahene’ Nana Acheampong, was one half of the defunct music group, Lumba brothers. At age eight, Gyakie was already straddling into studios, belting her vocals to songs, with her father as her tutor. Nigerian artiste, Asa, and Ghanaian Omar Sterling, were some of her earliest musical influences. There is little wonder, then, to how  she effortlessly bent genres in her music.

Two years before “Forever” blossomed as a single, Gyakie was already trying her luck with singles. Her debut single, “Love is Pretty,” is immersed in reggaeton with child-like lyrics hovering over. Her follow-up, “Never Like This,” details a crashing relationship, while “Control” is an uptempo, sex-tinged tune. On the ballad-centric “Sor Mi Mu,” she co-opted Bisa Kdei for her first-ever collaboration. The mid-tempo “Nana Nyame” is a meditative tune. “Whine” pays tribute to the Caribbean sound. It is a party-soaked song.

Gyakie has been self-assured about her music and sound. A walk through her discography, one would observe that she rarely featured other artistes, and most of her songs have been based solely on her efforts, unlike others who leverage other artistes to make it through the industry. This has led Gyakie to explore her sound and experiment with genres while staying true to herself.

The last twelve months have been a rollercoaster for Gyakie. Her smash hit, “Forever,” topped charts in Nigeria, Ghana, and Kenya. It became the most Shazamed song at one point, and  it went to number one on Billboard’s Top Triller Global. In March 2021, she inked a deal with Sony Music and RCA, UK. Just last month, she  featured in the Grammy Herbal Tea session.

With all these successes and achievements, the quality of her music never dropped but grew bigger and better.

Just like “Joy and Happiness,” off her Seed EP, the first track on My Diary features exhortation from Gyakie. On “Audience,” Gyakie thanks God for the journey so far: Dear God I know you working something for me/And I’ll voice it out for you/What you say you do/Got me feeling good. In the background, people are having fun, and are talking. The mid-tempo sound makes this track more gripping. Gyakie takes you to a party setting without having you leave your bedroom. She ends the track by blowing kisses to the audience while conveying her appreciation for their support.

“Far Away” features elements of Highlife. From the blazing horn intro to the mid synth and the boisterous baseline coupled with the intermediate kicks, Gyakie, and her producer, Ippaie, comes fully on this track. The album starts off with the dancehall-towering song. It’s built on a vulnerable lover. Gyakie skillfully rides on the sound to birth an ear-pleasing record, a stand out from this project. For an artiste who grew up around music, sonic dexterity should never be a problem, and, really, it isn’t.

On “For My Baby,” Gyakie is over the moon, and gushes about her love interest, while she promises him  good times. The solo guitar outro amplifies what Gyakie says. One beautiful thing about this song is Gyakie’s minimal but incredible lyrics, mellow and soft vocals amidst the slow tempo production. Gyakie might be vulnerable on this tune; nonetheless, she is ready for the  beautiful ride forthcoming.

In 2021, Gyakie was on a promotional visit to Nigeria where she had studio sessions with Mayorkun, Davido, and others. One of the studio sessions made the cut for this EP. On Jay Weather- and AJ-produced “Flames,” DMW’s founder, Davido, complements Gyakie’s hopeless romantic trip. Both artistes come on full throttle as they blame each other for the relationship problems they have. At the end of the spin, it’s difficult to know who was leading who on, nor who was in the relationship for the sake of lovemaking. Davido’s needless screaming aches the ears.

Nigeria serial hit maker, P-Prime, helmed the track, “Something.”   It revolves around sex. It’s fun, and the lyrics swing from heartbreak to sex. While Gyakie knows the antics of her man, leaving him sounds like the last option for her.

What’s Gyakie without Reggae? On the album closer, Gyakie fully brings her Reggae ammunition to the fore. It’s a tailor-made effort, she would do well if she ever decided to explore the genre. On “Waka Waka,” she wears  women emancipation clothes, self-praises, and basks in her recent achievements while she pays homage to Kwame Nkrumah, Martin Luther King Jnr., and other cultural icons.

My Diary is an interesting title choice for a project which revolves around relationships. In this project, Gyakie skillfully details the elements  of a relationship: the fights, the fun, the near breakups, fear and others. It’s a solid build-up on the Seed EP. 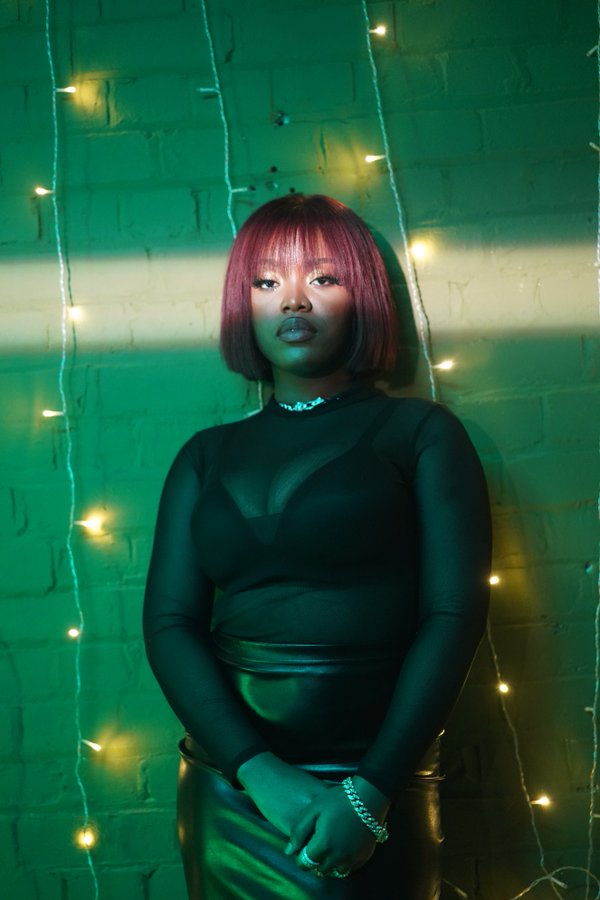 Sixteen months after the release of Seed, it’s exhilarating listening to Gyakie again. While her thematic exploration is still restrictive, Gyakie retains her original element, showing her sonic dexterity as she explores different sounds. Still, rather than an EP, a full-length album would have been more appropriate at this point. Gyakie is yet to come out in full.