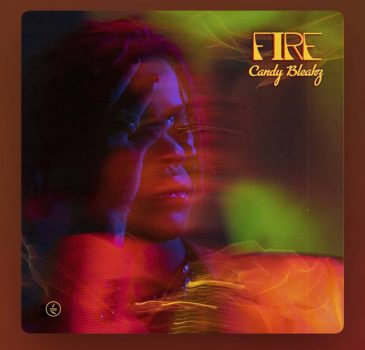 Fire is a one-dimensional project. Rather than show her sonic diversity, Candy Bleakz seems to choose complacency, sticking to what she knows how to do best…

Akiode Blessing who performs as Candy Bleakz has had her hands full since the second quarter of the year. The Lagos-based rapper and street apostle led a riot on TikTok as her song “Tikuku” became a staple on that video-sharing platform.

Not done with her frenzy, she took the energy to clubs in Lagos, Nigeria, and lately has been performing back-to-back in shows and concerts across West Africa.

Candy Bleakz was born in Bariga, Lagos, had the better part of her childhood in the Oworonshoki area of the state, and right now, is set on the journey of global domination.

Bleakz became a viral sensation after she won Upcoming Artiste of the Year at the Afrika Shrine, an open-air entertainment center located in Ikeja, Lagos State in 2018. She earned a spot with Naira Marley and Zlatan Ibile a year later with the funky “Owo Osu.” This record also commemorates her signing to one of Africa’s biggest entertainment companies, Chocolate City Music.

Candy Bleakz is androgynous. She plays with colours, and keeps up regularly with her fans on Instagram via freestyles in between singles, questions and answer sessions, and occasional giveaways.

With 906K followers on Instagram, and 43,620 monthly listeners on Spotify, Candy Bleakz doesn’t epitomise the typical superstar around, yet, her accomplishments are staggering.

In 2019, she was nominated as Female Rapper of the year at the Africa Music Award (AFRIMA). “Won La,” one of her stand-out singles, was featured in the American TV Series “Flatbush Misdemeanor.” She ended 2021 on a high note as she secured a multi-million naira deal with Google.

Released on June 24, 2022. Fire is a six-track extended play that introduces Candy Bleakz’s sound. It’s a solo effort and runs for 16 minutes with production assistance from Rexxie, Perlz, Niphkeys, Olumba, and Zekay.

A thundering baseline, amplified by sunny Amapiano log drums opens the play on “Red.” Amapiano might have been over-explored in the last twelve months, yet, the delivery of Candy Bleakz on this song makes it more refreshing. The story arc slips between self-absorption, point blank questions, and street-laden expressions. Candy Bleakz’s ad-libs come off so good you might miss some of the meaning underlining what she says.

A debut project is a culmination of what an artiste has listened to since they were birthed. It signals the artiste’s story. For Candy Bleakz and a large chunk of Nigerian artistes, the story has never been so good. The pains are numbed  with alcohol, or ignored. In any case, they  forge ahead, never allowing their troubles defeat them. Candy Bleakz chooses the latter as she breezes into a club tune. “Red” signals danger, problem, threat. Candy Bleakz sticks to all of these on this opener. A lot of the time, she effortlessly switches through the trio. She understands the street and never judges the stripper, or the woman who makes her income through prostitution.

Zekay-produced “Water” is a whimsical exploration of love, club, and parties. The chaotic beat is hinged on synth, drums, and a funky bassline. The lyrics are sparse, which aids the spacey production to fly seamlessly as Candy Bleakz chants, playfully, dropping some one-liners that, although naughty, the club rockers would find appealing.

The catchy two-liner “Person wey get 2500 no fit do dorime,” might be hilarious; however, it stands out from Candy Bleakz’s 2022 hit track, “Tikuku.” Released on April 27, 2022, the song marked Bleakz’s sonic relationship with Grammy-winning producer, Rexxie. Just like her two previous songs, “Tikuku” is built around the South African Deep House sub-genre, Amapiano. The song serves a multi-purpose function. Bleakz wears the preacher’s robe as she advises the listeners on how to live life. She tells them to never live above their budget. She also tells the listeners that they will experience the best party of their lives. Candy Bleakz keeps the song concise and sonically appealing. It is no wonder the streaming figure is close to one million on Youtube.

The anthemic, boisterous “Dragon Anthem” sees Candy Bleakz basking in her achievements. Surely, it is an anthem for her fans, a tribute to her moniker, a plea to her enemies; moreover, it’s a club hit. The infectious production would have turned any party up without Bleakz’s vocals. It’s still a club music exploration, and it makes you question the diversity of the artiste.

What’s atenu? In Yoruba, it points to someone who begs. On the fifth track on this extended play, “Atenu,” Candy Bleakz named-dropped Instagram slay queen, and strippers. By the time the song segues to the second verse, she drops words for the club boys. “Atenu” is funky and at the same time hilarious.

Sango, the Yoruba god of thunder is notorious for its association with fire. On the EP closer, “Sango,” Candy Bleakz likens her personality to Sango’s. Just like the Yoruba god, she claimed to have conquered all her enemies. On a closer look, the title of this project was derived from this song. When she says, “i na wa lenu” (there is fire in my mouth) over a raucous hip-hop beat, it’s threatening and anger-filled.

Candy Bleakz truly epitomised her much-publicised Afro street sub-genre on this project. Just like expected, it is an open book exploration of her art, personality, and style. She brings this to the fore on all six tracks. Not unnecessarily raw like other street artistes, Bleakz and uses a lot of euphemisms to appeal to the global audience. 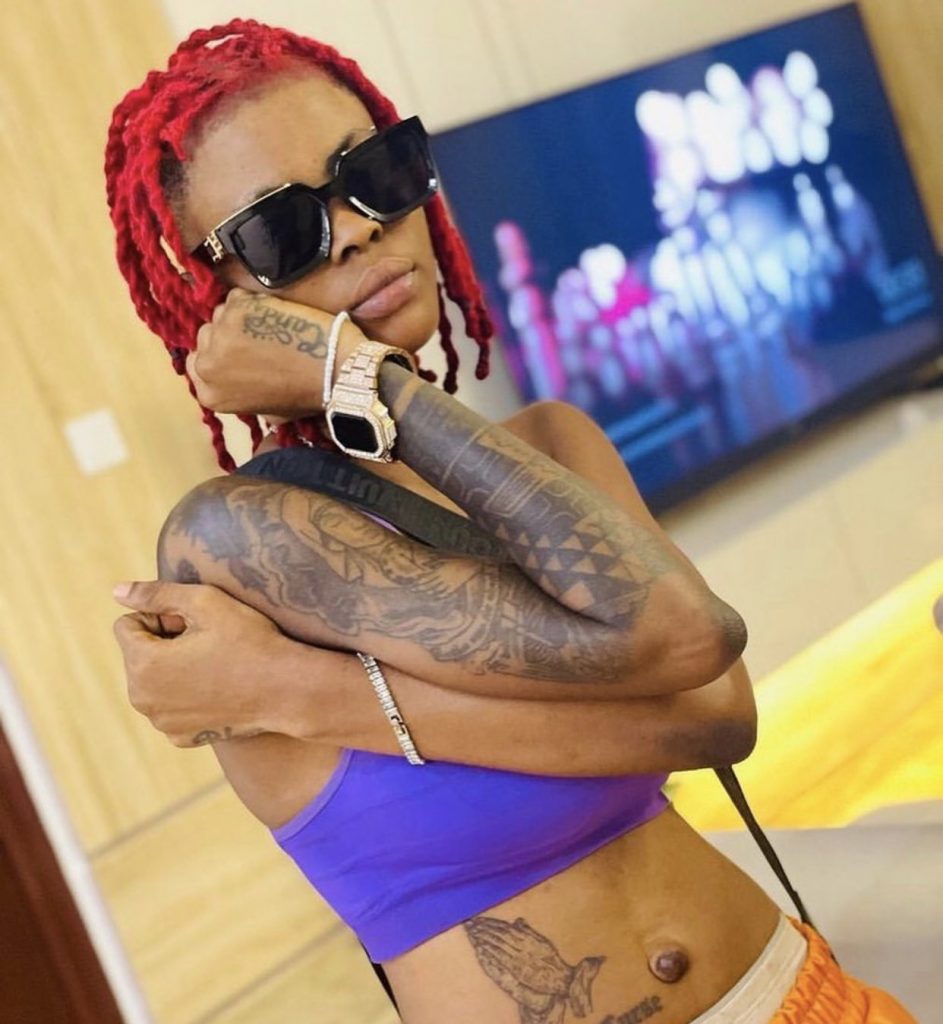 Fire is a one-dimensional project. Rather than show her sonic diversity, Candy Bleakz seems to choose complacency, sticking to what she knows how to do best — get a uptempo beat, sing, and release. However, she is way deeper than what she shows.