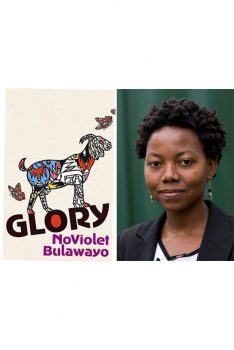 She emerges this year as the only African on the list for the prestigious literary prize.

Forty-year-old Zimbabwean author and novelist, NoViolet Bulawayo, has been announced as part of the longlist for the 2022 Booker Prize, for her novel, Glory.

She emerges this year as the only African on the list for the prestigious literary prize.

Bulawayo first appeared on the longlist in 2013 for her novel, We Need New Names. She would eventually become the first black woman and Zimbabwean to be shortlisted for the prize.

The Booker Prize committee notes on their website that, “This energetic and exhilarating joyride from NoViolet Bulawayo is the story of an uprising, told by a vivid chorus of animal voices that help us see our human world more clearly.”

Glory was Published by Chatto & Windus, Vintage in April 2022.

Speaking on the longlist this year, Chair of Judges for the prize, Neil MacGregor, says that, “The list offers story, fable and parable, fantasy, mystery, meditation and thriller.”

The Booker Prize (formerly Man Booker Prize) is a literary prize awarded each year for the best novel written in English and published in the United Kingdom or Ireland.

The 2021 prize was awarded to South African playwright and novelist, Damon Galgut, for his novel, The Promise.