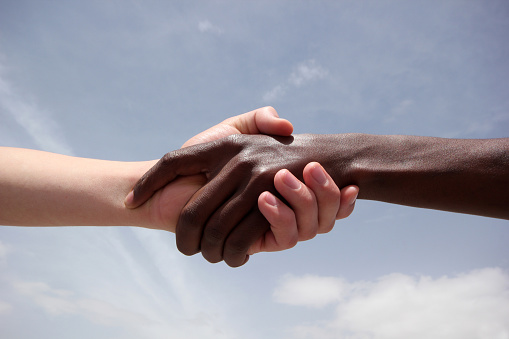 How Active is Colourism in the Global Entertainment Industry?

In March 2018, a dark-skinned Nigerian model named Debbie had come on social media to lament how Nigerian singer, Tekno, had rejected her from being the main vixen for his video shoot, and rather opted for a light-skinned model…

Colourism is not particular to any place or society; it is everywhere. In the African  black entertainment industry, particularly in the film and music industries, it roams. Darker-skinned actors usually have a harder time getting movie jobs than lighter-skinned actors. This is very typical in Hollywood, where it seems dark-skinned actors are rarely casted, much less, given major roles to play in high-budget movies that will most likely be popular and financially successful. The racial determiner, as a construct, is not all about skin colour or ancestry alone. It extends to hair texture, and facial features such as colour of the eyes, shape of the nose, and so on. Racism may be discrimination against other races, but colourism, on the other hand — seemingly the other side of the coin —  occurs more frequently within every society. The discrimination, then, is between both people of the same race, and those of different races. There is a common perception that dark-skinned Hollywood actors are not afforded worthy recognition as opposed to their light-skinned colleagues. Colourism — only less than full blown racism — has led to lack of representation of darker-skinned actors in film.

It has become more popular to talk about colourism, which the BBC defines as “discrimination against dark-skinned persons in favour of those with lighter complexion from the same race.” This has, over time, sparked discussions over reasons black and Asian celebrities frequently have lighter skin. A good number of popular and influential individuals have spoken out about ugly colourist experiences. A good example is actress, Lupita Nyong’o, who came into fame from starring in the blockbuster, Oscar-winning movie, 12 Years a Slave. She disclosed her colourist experiences in an interview with The Guardian UK where she said she had been told that she was too dark-skinned for television. Another occurrence worthy of note was in the casting for King Richard. Many complained that Venus and Serena Williams’ father was a dark-skinned African, and as such, lighter-skinned veteran actor, Will Smith, had no place playing that role. His casting did not sit well with a lot of people.

Also, for legal immigrants in the United States, people with darker skin have lesser opportunities in getting good jobs, and when they eventually get the jobs, their pay is usually considerably lower than lighter-skinned employees. This is not restricted to the United State of America alone, but also in South Africa, India and other countries.

The history of colourism can be traced back to the slave trade era in America. Slavery is believed to have begun in America in the early 1600s. During this time, as the act progressed, slave masters began to segregate and assign their slaves to their respective chores according to the lightness or darkness of their skins. Slaves with lighter skin tones were assigned to work indoors, while those with darker skin tones were assigned to work outdoors, to do manual labour under harsh weather conditions.

In India, colourism is so ingrained in everyday life and society. The country’s beauty industry, in particular, the market for skin-lightening products, is worth billions of dollars. Bollywood also casts predominantly light-skinned actors, perpetuating the idea that beauty is in light skins. Quite a number of Bollywood actors also endorse skin-lightening products. However, some filmmakers use their movies to draw attention to colourism and its existence in the society. A typical example of such movies is Bollywood’s television series, Saloni Ka Safar, which highlights the social prejudice that dark-skinned individuals in India experience, as well as some if its effects on the economy, poverty being the predominant one. Due to this discrimination, Indians with darker skin do not enjoy the same opportunities as those with lighter skin.

The roots of colourism in India dates back to British colonisation. For more than 200 years, the British reigned over several countries in Asia, including India. Embedded in their idea of colonialism was the belief that light-skinned Indians belonged to the elite or ruling class, while the dark-skinned people were only subjects, making them seem like lesser citizens. Consequently, Indians with lighter skin were treated better by British overlords than those with darker skin. The colonial masters continuously denigrated dark-skinned Indians while giving light-skinned Indians access to government employment. Subsequently, the caste system in India was also affected by this discrimination, with upper castes seen as fairer and superior, and lower castes seen as the complete opposite: darker and inferior. Social standing in India is still influenced by  skin colour.

In Nigeria, colourism permeates tribes and ethnic groups. Individuals with lighter skin tones are perceived as being more privileged or fortunate than those with darker skin tones. This is ironical and humourous since Nigeria, an African country, is made up predominantly of dark-skinned than light-skinned people. On the flip side, there is the stereotype that light skinned African men and women are soft. Some people even go as far as tagging them “weak” and “not African enough.” In some cases, the light-skinned, especially the men, are teased and sometimes bullied for their skin colour. The abuse of the light-skinned is most times invalidated because of the common belief that they have things going better with them. Sometimes, the abuse is a form of lashing out by the dark-skinned. This is similar to how blacks perceive whites: as “soft,” and unable to engage in physical activities like blacks.

In the Nigerian movie and music video industries, for instance, the light-skinned are favoured over the dark skinned. Many of the big shots believe that light-skinned people are more pleasing to the eyes and as such, better suited for camera or television. For movie roles, especially for the female characters, producers and directors seem to veer more to light-skinned women for their cast. Similarly, in the music industry, artistes and video directors who seek video vixens for their music videos have a preference for light-skinned ladies for the same reasons. In March 2018, a dark-skinned Nigerian model named Debbie had come on social media to lament how Nigerian singer, Tekno, had rejected her from being the main vixen for his video shoot, and rather opted for a light-skinned model.

However, entertainers are growing more circumspect due to repeated complaints from victims of such discrimination. Filmmakers, music producers, and musicians are beginning to make intentional efforts to cast ladies with darker skin tones in their movies and music videos.  Casting women with darker skin tones for both movies and music videos is becoming more and more of an intentional effort on the part of filmmakers, music producers, and artistes.

As a light skinned lady who grew up in Nigeria, I have had many comments and remarks about my skin tone. People see me and think me lucky. Many assume that everything will be handed to me on a silver platter wherever I go. I hear remarks like: “You are lucky that you are fair,” or “You are very light skinned, you will be good for movies,” or “You can be a video vixen. You are fair.” These comments, more often than not, trigger some questions within me, such as, “Is being light-skinned a prerequisite for acting?” “Does being light-skinned equate to getting easy breakthrough in the entertainment industry?”  Light-skinned ladies are more commonly associated with this impression. They are thought to frequently receive favours or money, especially from men.

In her preface to African Stories, British novelist, Doris Lessing, argues that, “colour prejudice is not our original fault, but only one aspect of the atrophy of the imagination that prevents us from seeing ourselves in every creature that breathes under the sun.” Whatever the case, our skin colour should not define our opportunities, nor decide our paths.

Pamela Awoture Ukperi is a writer of fiction, nonfiction, essays, and a literary critic. Writing is her best form of expression and mental exercise. She is a postgraduate student of Literature-in-English at the University of Lagos. She believes and advocates for equality for all humans.